Ever have one of those days? You know what I’m talking about. A day when…

Ever have a day when you just wished you’d stayed home and crawled up into a ball?

Sure, you’ve been there. We all have.

As someone who has taught courses in statistics at the college level since 1996, I’m here to tell you that there is a very powerful and important concept that is commonly used by behavioral scientists which should give you reason for hope even at life’s most difficult times.

Normal Distribution: Most scores are expected to be close to the average (AKA, “mean”)

What Is Regression to the Mean?

Developed in the UK back in the 19th century by Sir Francis Galton, regression to the mean is a concept that is partly rooted in something that we call the normal distribution,

For various reasons (as described in my and Sarah Hall’s book, Straightforward Statistics1, variables across all kinds of phenomena tend to be normally distributed. Here are some examples:

This same reasoning applies to such broad-reaching phenomena such as:

The basic idea of ​​”regression to the mean” is that when you are dealing with normally distributed variables, because scores near the mean are highest in probability, you can generally expect that, on average, most scores on most dimensions in your world will be near the mean on those dimensions.

When Galton developed the idea of ​​”regression to the mean,” he was specifically referring to predictions of scores. He basically said that, all things being equal, you should predict scores that tend to be near the mean of the relevant variable. And when things are not close to the mean, we can expect future scores to “regress toward the mean.” For instance, if two very tall people have a child, the expectation, statistically speaking, should be that the child’s height will likely be somewhere between the height of the parents and the average height for the relevant population.

How Regression to the Mean Can Provide Much-Needed Perspective

The next time you’re having a bad day, think about regression to the mean. Sure, you may have been late to work today, but that is not typical, and you can expect that tomorrow you’ll arrive at your normal time. You might feel very high levels of stress today, but you can expect your stress levels to decrease toward your personal mean. And it might be raining cats and dogs today, but, simply based on the concept of regression to the mean, even before checking your weather app, you can reasonably guess that tomorrow will likely have some nice rays of sunshine for you.

Regression to the mean is a real and very powerful statistical concept that can be useful in helping us understand ourselves and the world around us in positive and profound kinds of ways.

Life is not all peaches and cream. We run into stressors of all shapes and sizes on a regular basis. Understanding the concept of regression to the mean can help. On average, things tend to gravitate toward average, There’s an important truth about life right there. 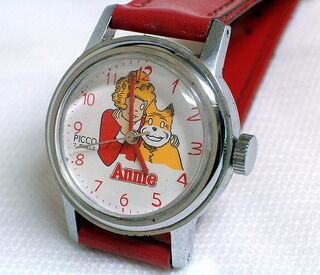 So if today is miserable, for any number of reasons, think about the classic lyric from the Broadway musical “Annie”: “The sun’ll come out, tomorrow…”

On average, by chance alone, based on the powerful statistical principle of regression to the mean, Annie is probably right. Think about that. And try to have a great day.