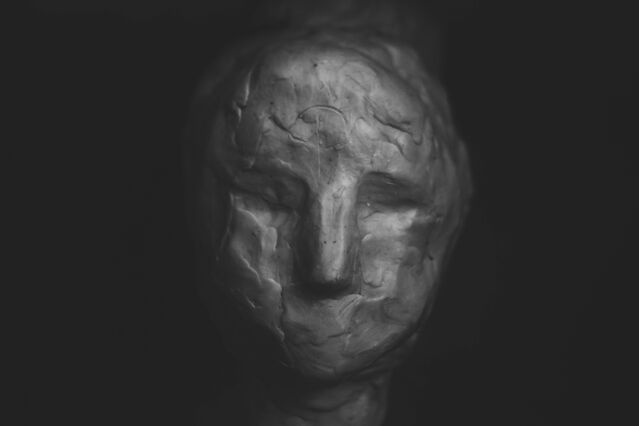 Co-authored with Clifford I. Workman, PhD

Faces confer social benefits and costs. People imbue attractive faces with desirable characteristics, like being more trustworthy.1 These inferences have real-world consequences. For instance, people are more willing to borrow money from lenders with trustworthy faces.2 Dominance, judged from the faces of West Point cadets, has been linked to the promotions those military personnel would receive decades later.3 Competition, judged from the faces of people running for political office, has been associated with actual vote shares in elections,4 and political candidates facing conservative electorates benefit from looking more “stereotypically Republican” than their rivals.5 Especially troubling, the perceived trustworthiness of prisoners’ faces has been associated with whether they were given life sentences or death sentences for first-degree murder.6

We have reported that people whose faces have anomalous features—like scars, cleft lip and palate, or paralysis—suffer social penalties for looking different. People with anomalous faces are seen as less attractive and less trustworthy than people whose faces lack such features. They provoke implicit and explicit biases and even mistreatment by some viewers, and they trigger brain responses linked to those biases and behaviors.7-9 We call this suite of negative beliefs, biases, brain states, and behaviors the “anomalous-is-bad” stereotype.

Sources of the Bias

Where do these negative associations with facial anomalies come from? One possibility is that we avoid interacting with people whose faces have anomalous features because those features signal the presence of a contagious disease. Since not all facial anomalies are signs of contagion, the anomaly-is-bad stereotype could be the overgeneralization of a mechanism that evolved to keep humans healthy.10

If the anomaly-is-bad stereotype is an evolutionary byproduct, then is it only human to look down on people who look different? Not necessarily. Even though most people don’t often interact with individuals whose faces are visibly different, negative cultural messages about facial anomalies could instead be the source of the anomaly-is-bad stereotype.

Using facial anomalies to signify moral corruption remains a popular device in Western storytelling.12 Anakin Skywalker’s physical and moral transformation into Darth Vader in the Star Wars prequels, the pockmarked face of the latest James Bond villain, and the Joker’s menacing smile that is quite literally carved into his face represent only a handful of examples. In the movie The Lion King, the baddest bad guy is even named “Scar.” Although the average person probably doesn’t have much firsthand experience with facial anomalies, negative tropes about anomalies permeate Western culture.

Both potential routes to the anomaly-is-bad stereotype—as a byproduct of an adaptation for avoiding pathogens, or as a byproduct of cultural learning—are plausible. How can we tell which one is right? This isn’t just a problem for researchers interested in facial differences—an overreliance on research volunteers from populations that are Western, Educated, Industrialized, Rich, and Democratic (WEIRD) threatens the generalizability of research in psychology and allied disciplines more generally.13 Even the face photographs researchers use in their studies are often overly-WEIRD.

If the anomalous-is-bad stereotype isn’t just a byproduct of social learning—if it’s linked to avoiding pathogens then we should find evidence for it in people who aren’t WEIRD. We teamed up with cross-cultural psychologists Kristopher Smith and Coren Apicella to test this idea in a recently published study.14 We looked for evidence of the anomalous-is-bad stereotype in members of a hunter-gatherer tribe in northwestern Tanzania, the Hadza.

The Hadza hunter-gatherers’ lives are very different from that of the average person in a materially developed culture. Around 300 Hadza subsist on what they are able to hunt and forage. They typically live with 20-30 other Hadza in camps that move location every six to eight weeks as local resources are depleted. The Hadza vary in their exposure to non-Hadza culture, with some having had little to no exposure to the world outside of Hadza land. If the anomaly-is-bad stereotype is a tool for avoiding pathogens, we reasoned, it should be detectable in the Hadza—even in those Hadza with limited exposure to non-Hadza culture.

Using computer algorithms, we created photographs of never-before-seen Hadza and digitally superimposed scars onto their faces. We took these photographs to ten Hadza camps and asked Hadza volunteers about their reactions to the faces in the photographs. We showed them two face photographs—one with a scar and one without—and asked which person they expected to have better moral character.

At first, our results looked consistent with the idea that pathogen avoidance is at the root of the anomaly-is-bad stereotype. When asked who they thought had better moral character, the Hadza picked typical faces more often than scarred ones. When we took into account how much exposure each Hadza had to non-Hadza culture, though, evidence for the generalizability of the anomaly-is-bad stereotype vanished. In contrast to those Hadza with the most exposure to non-Hadza culture, those with the least exposure were equally likely to choose scarred faces as they were to choose typical ones when judging moral character. Since only Hadza with exposure to non-Hadza culture showed evidence of the anomalous-is-bad stereotype, our study suggests that this bias is learned.

Support for the cultural origin of the insidious anomalous-face-is-bad stereotype begets optimism: if the stereotype is learned, then it can also be unlearned.