Emily Bieberly and Kobe Blaise’s relationship on 90DF season 9 has been criticized from the start. Here’s why fans say Emily doesn’t deserve Kobe.

Emily Bieberly and Kobe Blaise’s relationship on 90 Day Fiancé season 9 has been no walk in the park, and as more episodes continue to air, fans are becoming increasingly convinced that Emily does not deserve Kobe as a partner. Kansas-native Emily and Kobe, who is from Cameroon, met in China during a night out. Emily became pregnant shortly after and gave birth to their son Koban in July 2019. Due to visa problems and the COVID-19 pandemic, it took Kobe almost two years to travel to the United States and meet his son.

While Emily became season 9’s villain early on based on her abrasive attitude and immaturity, 90 Day Fiancé’s latest episode, which showed Kobe finally proposing to Emily, left viewers fuming more than ever. Prior to the big moment, Emily revealed that she had purchased an engagement ring behind Kobe’s back because “she liked it” and wanted at least one carat. Just minutes into celebrating the big moment with Kobe and her family, Emily confessed her separate purchase to Kobe in an incredibly tense scene.

Kobe eventually got up and left after Emily’s confession, and although she assured Kobe and her family that she would return the ring, her “sorry if I upset you” did not resonate well with fans. In fact, Reddit users who discussed the disastrous event online are in agreeance more than ever that Emily should be single. Below are a few reasons why 90 Day Fiancé fans think Kobe deserves a better partner than Emily.

Viewers tuning into 90 Day Fiancé season 9 aren’t convinced that Emily and Kobe’s relationship will work out in the long run despite rumors that they have welcomed a second child. Although Emily has been called “manipulative“and”narcissistic“Since the start, fans online cannot get over Emily’s selfish reaction to Kobe’s proposal.”[Emily’s] confidence and entitlement is infuriating“one Redditor summarized. While a few users tried to give Emily the benefit of the doubt, the majority believe that Emily not only picks fights with Kobe but intentionally provokes a reaction.”You can tell she really upset him“another person wrote and predicted,”She’s going to end up very alone one day because people get fed up. “

One of the biggest issues fans have with Kobe and Emily’s awkward engagement is that Emily had no problem throwing her new fiancé into an upsetting situation. While Emily, who was blasted by fans, buying her own ring behind Kobe’s back was insulting to fans, she made the situation ten times worse by immediately bringing it up in front of Kobe and her family. Many Redditors agree that Emily’s thought process is selfishly irrational, which one person summarized as, “Her priorities are totally messed up. She cares more about bling than how she treats people.” Viewers tuning into 90 Day Fiancé season 9 brought up various previous examples of Emily publicly embarrassing Kobe as well, such as when she forced Kobe to shovel horse manure despite his reluctance.

Finally, 90 Day Fiancé fans tuning into season 9 don’t think that Emily appreciates Kobe’s efforts to make their relationship work. Several Redditors brought up that although Kobe was not able to see Koban for almost two years, it was because of things outside of his control. Emily was trying to police Kobe’s parenting, and viewers thought she should give Kobe more recognition for trying to adjust quickly to living in the United States. In addition, while Emily and her parents criticized Kobe for only bringing $ 4,000 to America, that amount of money is worth a lot more in Cameroon and is harder to accumulate. 90 Day Fiancé fans are hoping that Kobe ultimately walks away from his relationship with Emily, but considering that the two have been rumored to have had a second child, Emily and Kobe’s fate remains up in the air. 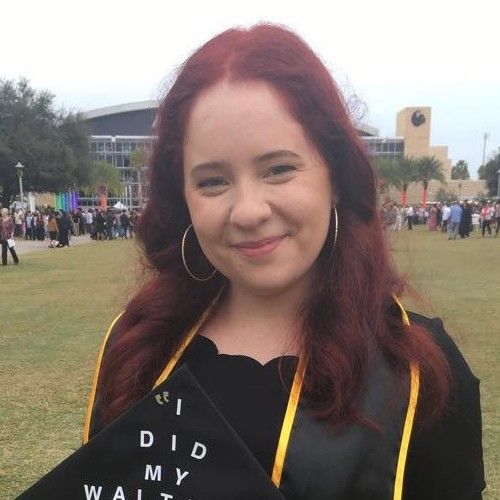 Michelle Konopka Alonzo is a Senior Reality TV writer who loves to use as many commas and semicolons as she can get away with. Although Michelle took a career aptitude test in middle school which told her that she would grow up to be a bartender, she always dreamed of becoming a professional writer or actor. After spending her high school years as a member of a competitive VPA theater magnet, Michelle earned a BA in English Language and Literature (with a minor in Political Science) from the University of Central Florida. When Michelle isn’t rewatching The Real Housewives of Beverly Hills or RuPaul’s Drag Race, you can probably find her learning random pieces of information on Wikipedia. In her spare time, she likes walking around her neighborhood with her Spotify blaring, watching Marvel’s Captain America trilogy film series, and unnecessarily buying books at Barnes and Noble with an iced coffee in hand.