The Netflix show First Kill has revived vampires in popular culture – with fans patiently waiting for the announcement of the second season of the fantasy-romance show. Based on VE Schwab’s short story, the series follows the forbidden love between supernatural hunter Calliope and vampire Juliet. It proved to be a hit with fans, who resonated with the couple’s story and the campy thrills of the series.

While Cal and Juliet worlds have collided in the series, there is a rich tapestry of characters to explore for fans. Each of the characters in First Kill is driven by a unique motive and viewers might want to know which ones show traits distinct to their zodiac sign.

The older sister of Jules, Elinor Fairmont is not afraid to wholeheartedly accept her vampire heritage. She has little regard for those who are not in her family and does not care whether she feeds off a human until they die.

Obviously, Elinor is an Aries. She’s bold, courageous, ambitious, albeit reckless and ruthless. Elinor also was not scared to stand up to her grandmother, after refusing to have an arranged marriage and become a mere tool for the central cause of Legacy vampires.

The father of Theo, Apollo, and Cal, Jack Burns is an unrelenting and disciplined vampire hunter who will do whatever it takes to do the right thing. This is because Jack has firsthand experience of what happens to those who do not play by the rules.

When Theo turns into the supernatural being Jack vowed to kill, Jack was more than ready to eliminate his son. As a Taurus, Jack is defensive of his point of view and will rarely back down on what he believes is correct, even if that means truly killing his son.

Just like Theo, Apollo Burns is also extremely dedicated to being a vampire hunter. However, Apollo knows how to let loose and have fun. He also knows how to have fun and is willing to take risks in order to achieve his goal.

Geminis are passionate, fun, and adventurous, traits that Apollo is also guilty of. However, Geminis are prone to causing chaos if they’re not careful. That’s exactly what happened with Apollo, as he accidentally staked a loved one during the final episode of the season.

Marrying into a Legacy vampire family, Sebastian Fairmont has been overshadowed by his wife, daughters, and mother-in-law. Sebastian also had to tread a supernatural world where he considered a second-class being thanks to his non-Legacy vampire roots.

Sebastian is a true Cancer as they are known for being calm, but extremely protective of the ones they love in life. It’s also best to avoid angering Cancers as they tend to suppress their feelings until they get to an explosive breaking point, as seen with Sebastian devouring his mother-in-law.

Noah Harrington is a student at Lancaster Academy who has been secretly hooking up with Ben. Noah keeps his relationship with Ben secret, as he already has a girlfriend. Still, Ben keeps pining for Noah as he is a popular student who is also good-looking and is great with sports.

Whenever he’s on-screen, Noah doesn’t fail to captivate viewers with his charm, a trait that is commonly seen among Leos. Being a fire sign, Leos are incredibly enthusiastic but fails to see the consequences of their actions. This is evident in Noah’s decision to keep hooking up with Ben despite having a girlfriend.

Calliope Burns is a vampire hunter who is yet to have her first kill at the start of the show. After training all her life to destroy supernatural creatures, Cal had to shelf her plans of killing her first vampire after falling in love with it.

Cal is a Virgo textbook. Virgos are methodical, determined, and steadfast. However, Virgos also easily give in to direct and tactful lovers, which is what Jules is, despite her social awkwardness. Cal and Jules are actual couple goals, and as a Virgo, Cal fell in love with Jules because she thinks the latter can help her achieve her full potential.

Everyone needs a friend like Ben Wheeler. In the show, Ben is Jules’ ticket to not being spotted as a vampire. As a popular kid, Ben knows everyone in their high school and has even managed to snag Noah, the star athlete, although their tryst is kept under wraps.

Libras are extremely social beings and enjoy it most when they are surrounded by people. Maybe that’s why Ben has found his place at Lancaster Academy as a popular kid everyone flocks to.

Theo Burns is one of Cal’s brothers. As an older sibling, Theo has superior vampire-killing skills compared to Cal. However, it seems that Theo isn’t also immune to the vampire charm, as he’s caught hooking up with Ellinor during the series’ final episode.

Theo is strong, strategic, and calculative – characteristics that are often attributed to Scorpios. It also shows that Theo is a Scorpio through and through, as his foray into the vampire-killing business is deeply motivated by childhood trauma.

Talia Burns is the matriarch of the Burns family. There are a couple of things that First Kill does better than The Vampire Diariesanother great Vampire-centric TV show, and that’s highlighting the struggles of parents and families.

Talia might be strongly devoted to her profession, but she’s ready to throw her principles out the window for her family. As a Sagittarius, Talia is loyal to those she loves and is more than willing to turn her back on her cause just to save her son Theo.

The Fairmont family is lucky to have Margot Fairmont. The mother of Jules, Elinor, and Olver, Margot is an understanding character in the show who is stuck at a crossroads – she wants to keep all of her children happy while still maintaining the influence her family has in her town and vampire community.

Margot’s desire to do everything she can to fix the troubles her family faces shows that she’s an adaptable and hardworking Capricorn. Capricorns are also ready to sacrifice whatever they have, as long as they know that what they’re getting back is a worthy equivalent.

The VE Schwab-produced Netflix show features lovers who are stuck in between their overbearing parents and eccentric siblings. Oliver Fairmont, Jules’ estranged brother, is one of the devious and strangest characters in the show, although it is later revealed that he’s just out for revenge.

As an Aquarius, Oliver is caring and quirky. His motives towards Jules might not be crystal clear, but he is intent on helping Jules find her place in the world as a vampire. Aquariuses are also extremely vindictive, as seen with his deep hatred for his sister Elinor.

Jules and Cal make one of the best sapphic couples on TV today. When she first appears on the screen, Jules might confuse viewers as she’s everything a vampire is not. She’s incredibly sweet, shy, and not a huge fan of violence. However, Jules did need to come into her own and accept her fate that she needs to drink blood to stay alive.

Jules is a classic Pisces. Jules is empathic, caring, and sweet. Jules’ Pisces side is also more visible when she’s with Cal, as she’s not afraid to be passionate and be intense whenever she’s with her partner.

NEXT: Which Heartstopper Character Are You Based On Your Zodiac Sign?

What Happened To Hawkins In Stranger Things Season 4, Volume 2 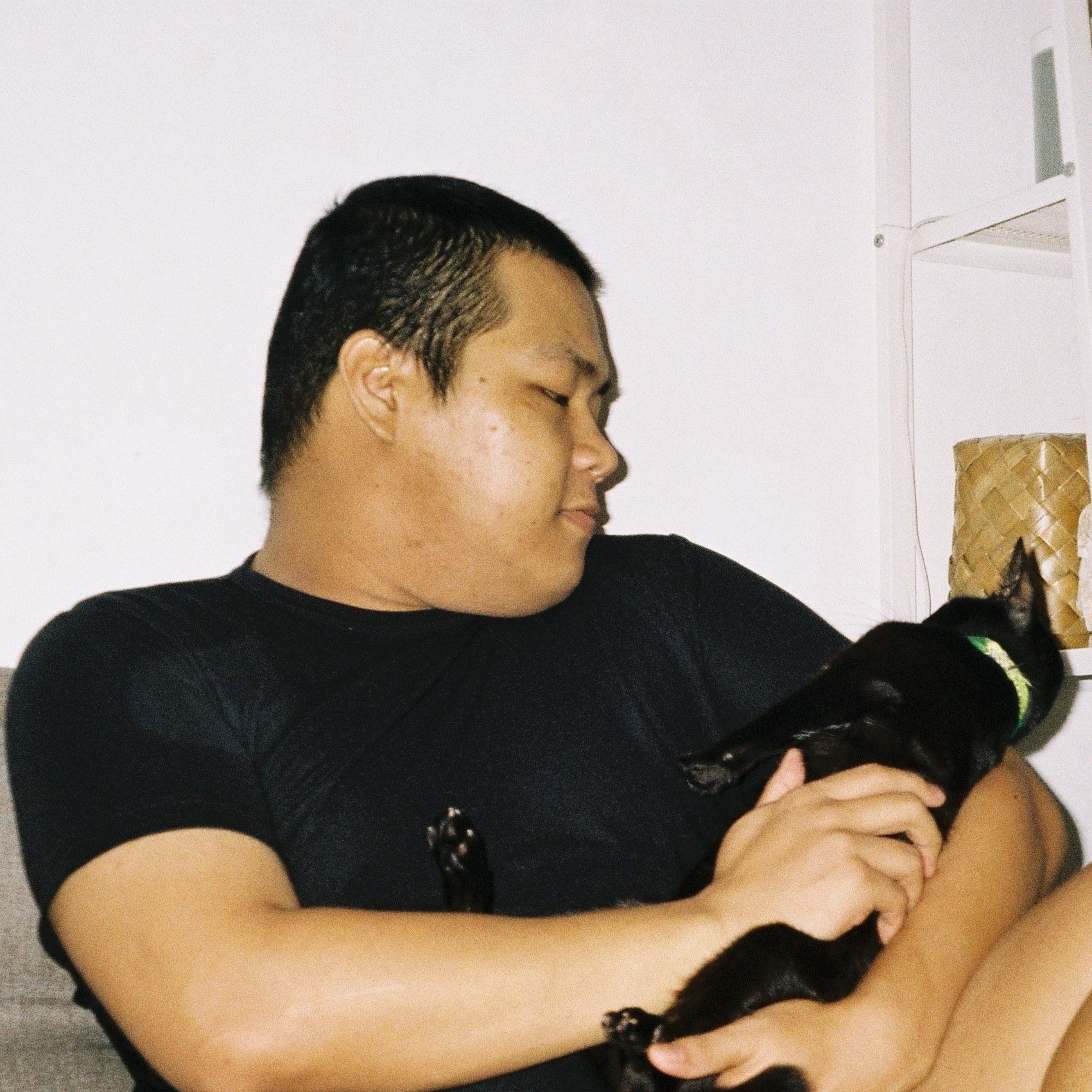 Jom is a freelance writer for Screen Rant. His love of pop and geek culture stems from years of watching TV shows and exploring the internet from under the covers of his bed. He also enjoys engaging with vicious pop culture fans online. When he’s not busy writing, he can be found playing games on his Switch or listening to new music releases.