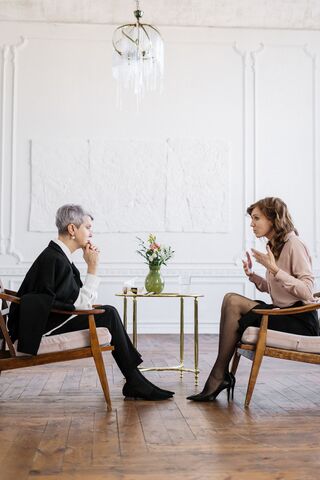 While some people I know report benefits from therapy – sometimes, very significant ones – others complain that therapy did nothing for them. Some of the dissatisfied have become convinced that therapy just “doesn’t work.” Is this anecdotal evidence representative, and what leads to therapy failures?

Estimates of the success rate of therapeutic treatments vary, and the rate likely depends on a number of factors, including the skill of the particular practitioner, the nature of the client’s problems, the technique used, and so on. The American Psychological Association concludes that “the average person who engages in psychotherapy is better off by the end of treatment than 80% of those who don’t receive treatment.” It has also been suggested that 10% may experience negative effects, though if 80% of people who get treatment are better off than those who don’t, the odds are great.

It is unclear, however, what the actual odds are. The authors of a 2017 review of 247 meta-analyses conclude that while the vast majority of published research finds benefits, many of the optimistic findings may be due to various kinds of bias. The 2017 article’s conclusion is that of the 200 plus meta-analyses reviewed, “Only 16 (7%) provided convincing evidence that psychotherapy is effective.”

Therapy, then, is sometimes effective, and at other times, it isn’t. It may even hurt. We don’t know how often it helps.

Why is therapy sometimes ineffective and possibly harmful?

If you have a serious medical problem, you may need a very good doctor. Your run-of-the-mill surgeon may not be able to successfully perform a procedure for a rare disease. The same may be true of therapy: Patients with serious problems may need a really good therapist—the kind that other therapists would consult. An average The social worker may have the chops to treat mild social anxiety but not to help a person with deep childhood trauma, for instance.

Relatedly, helping someone heal may be very difficult, and we may not have reliable methods, currently. Importantly, this is true of the body as well. The treatments we have for many diseases simply do not work well, and in certain cases, medical treatment does more harm than good. Chemotherapy, for instance, may often have more costs than benefits for patients. Stents and bypass surgery appear to show no benefit in mortality among stable patients, and so on.

Interestingly, the failures of ordinary medicine do not, in general, lead people to become skeptical of medicine, but many become skeptical of psychotherapy if they see no benefit. I suspect part of the reason for this is that when medical treatment doesn’t work, patients generally do not understand why doctors expected it to work or why it didn’t. They believe doctors were doing what they could in light of what they knew.

Not so with therapy, where some think that mental health professionals are using misguided methods that cannot be reasonably expected to be effective. This brings me to my next point.

Some failures are, no doubt, due to the choices of the therapist and not just the nature of the task. In a thoughtful article titled “The Persecutory Therapist,” psychiatrists Russell Meares and Robert Hobson discuss several reasons for failure: intrusion, derogation, invalidation of the patient’s experiences, and opaqueness of the therapist. Regarding intrusion, for instance, they quote from a book Anaïs Nin wrote about her own psychodynamic treatment. She wrote:

Dr. Allendy’s statements sound unsubtle. I feel oppressed, as if his questions were like thrusts, as if I were in a criminal court. Analysis does not help me. It seems painful. It stirs up my fears and doubts. The pain of living is nothing compared to the pain of this investigation.

Meares and Hobson suggest, more generally, that therapy is experienced as intrusive when a client is forced to prematurely confess her secrets. It is experienced as derogatory when the therapist’s interpretations, while put forth as insights, actually result in lowering the patient’s (often already low) self-esteem, making the individual feel bad or abnormal. They write, “Telling a patient that he is angry, or that he wishes to dominate, may be a covert way of calling him names.”

Of particular import, I think, is Meares’s and Hobson’s discussion of the “opaque therapist.” At least some of the people I know personally who became dissatisfied with therapy had related complaints: the therapist, they said, remained completely impenetrable.

The issue is a delicate one, because a therapist cannot and should not engage in symmetrical self-disclosure. (Hollywood movies which suggest otherwise, such as Good Will Hunting, may be doing a disservice to both clients and practitioners). However, as Meares and Hobson argue, a therapist who remains utterly opaque does not give patients the opportunity to distinguish between the healthy and the neurotic bits in their own perception: If nothing you say elicits a genuine response, you don’t know which of your reactions are normal.

It is also, of course, impossible to have a real human conversation, much less an intimate one, with a blank screen.

There is, however, a danger that’s in many ways the opposite of persecution. I call it “cheap validation.” Some therapists appear to go along with the patient’s perception of the world, lending credence to all their grievances or supporting the view that all of the patient’s problems are someone else’s fault. This may create trust between therapist and client, but it does not promote healing and does not help improve relationships with anyone else.

Importantly, mental health requires an ability to function within social boundaries. A person with a narcissistic personality disorder may be happy as a cult leader, and a chronically mistrustful person, unable to form secure attachments, may be satisfied if allowed to monitor a romantic partner 24/7. If we went for really cheap validation, we may counsel the search for ways to meet such socially unacceptable psychological needs. Actual cases of what I dub “cheap validation” do not involve anything quite so counterproductive, but they do involve an attempt to establish trust with the client at the cost of deepening the rift between said client and others in their lives.

Is there hope for treatment and for healing? I will take these issues in the order mentioned.

Finding the right therapist may be a bit like finding a good life partner: Much as we may have several unsuccessful relationships before finding a soul-mate, so also we may try a few clinicians with whom we cannot make progress before finding one who can help .

In addition, it may be possible for patients to increase the chance of success by discussing openly what they see as obstacles to treatment. Meares and Hobson, for instance, quote the following from a therapy session involving a woman passage, Alice, who shares with her therapist her own reaction to the therapist’s opaqueness (italics added by Meares and Hobson):

I don’t want you to tell me all your feelings and thoughts about your own life but it is difficult when one feels one’s giving like one’s soul or Being and that it is one-sided. Although I felt you understood most of what I expressed, I wished perhaps you would reveal your real true feelings and not act out the part of an analyst…

In saying this, Alice helps the therapist and so herself. A person in treatment can often take steps to get more out of it.

Finally, while I said at the start that some kinds of psychic trauma, much like physical illness, may be extremely difficult to treat, I wish to point out, in closing, that the possibilities for psychic healing are never as limited by the existence of treatments as the possibilities for getting cured from a disease may be limited by available medical treatments. If we have no cure for a fatal illness, the outcome is a foregone conclusion. Not so in the case of psychic trauma. There, we all have our own inner resources too. Even when no one else is in a good position to help us, we can often help ourselves. Elsewhere, I argue that we can make a pact with ourselves and resolve to tap into our own power to get better. I call this pact “the will to heal.”