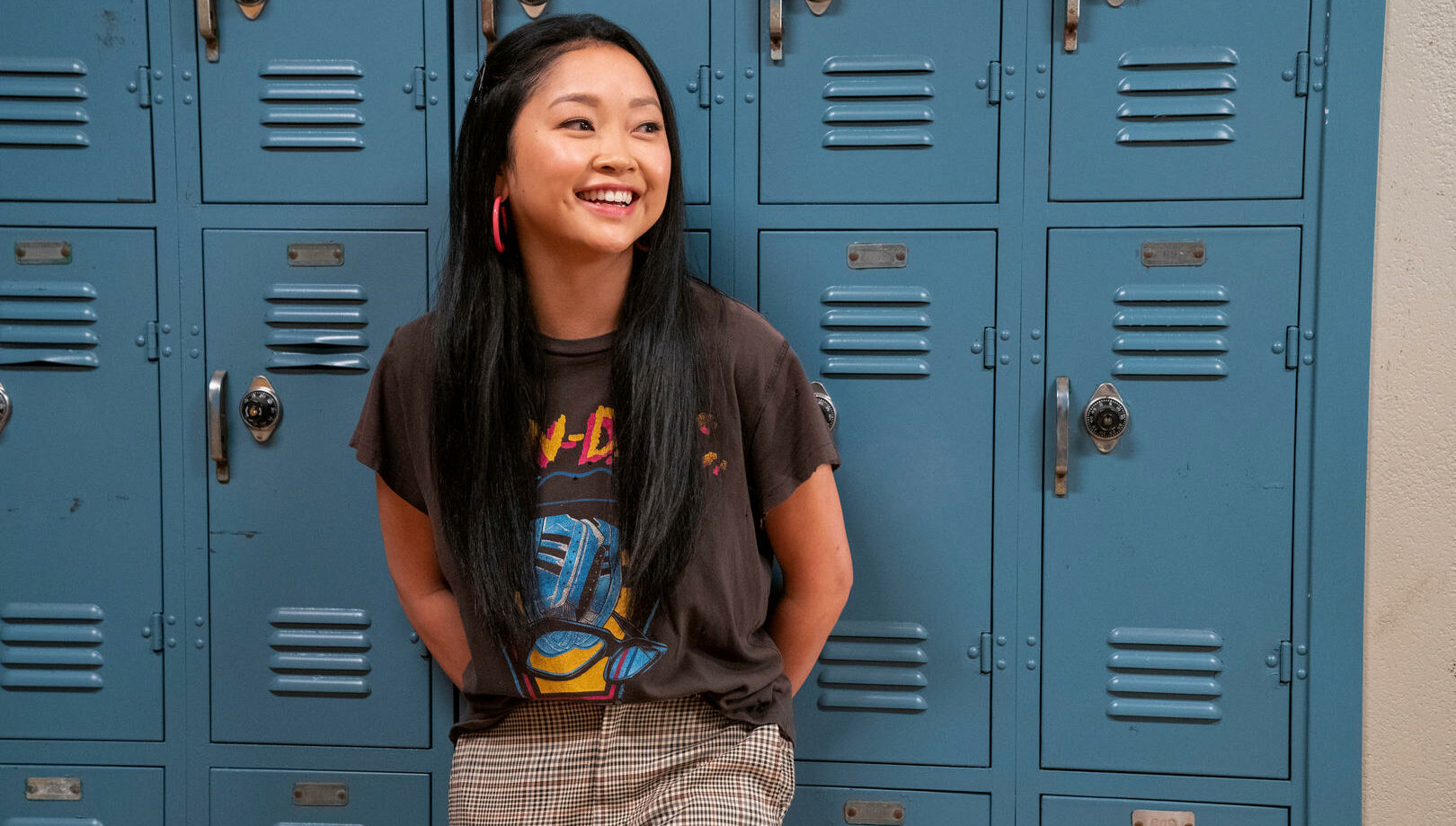 Summer is in full effect as the days are long, the drinks are cool, and the entertainment options seem neverending. With blockbusters like Top Gun: Maverick, Jurassic World Dominionand Elvis ruling the box office, Netflix is stepping up its game and adding exciting, adventurous, and sexy additions to its catalog.

Stranger Things tells the story of a group of close friends who find themselves experiencing strange, supernatural, and secret happenings. There are some secrets that should never be uncovered and events that just do not make sense – of course, the deeper they dig, the more intense it all becomes.

For longtime fans of the series, the wait is almost over – and if you’ve managed to go this long without visiting the upside down, now’s your chance to binge it all from the beginning.

If the supernatural isn’t exactly your thing, Netflix has a slew of other options.

A Call to Spy also begins streaming on July 1, and it’s an eye-opening story of the forgotten and overlooked.

“At the dawn of World War II, a desperate Winston Churchill orders his new spy agency to train women for covert operations. Together, these female agents help undermine the Nazi regime in France, leaving an unmistakable legacy in their wake. ”

Falls Around Her, Zero Dark Thirtyand Insidious add to viewing options for fans of thrillers across several categories – including the spine-chilling.

Final Score brings Dave Bautista and Pierce Brosnan to a story about a football stadium being seized by criminals. At the same time, Deliverance will have you perfecting the art of watching movies through the cracks between your fingers.

Suppose you’ve got some time off for a long holiday weekend. In that case, the first week of July options will grow with additions like Operation Romeo – a romance turned horror movie and Blair Witch – the reason we do not venture out into the woods with excitement.

The Art of Incarnation is a must-watch for documentary lovers as they take a peek at Australia’s First Nations and how art and culture are tools they dream of using to break an “unjust prison cycle.”

July 6th is a day for romance as a beautiful love story Hello, Goodbye, and Everything in Between dances into the streaming platform to steal your heart. Jordan Fisher, Julia Benson, and Jennifer Robertson share the spotlight in this heartwarming story.

The synopsis for the film is as follows:

“Claire and Aidan make a pact to break up before college with no regrets and no broken hearts. However, one epic goodbye date may offer them a last chance at love. ”

We know you clicked on this article for several reasons, but we won’t deny that one of them is probably the whole sex-room thing – and do not worry, we’ve got you covered.

On July 8, a documentary hits Netflix that gives you all the insight you could need to build your very own pleasure room. The synopsis for the series takes the taboo out and promises a fascinating watch. How to Build a Sex Room is, of course, about sex – but also about relationships, bonds, and the beauty of consenting physical touch.

Another exciting day on the platform, July 8, brings nine Netflix originals to the catalog. Bear Grylls is back with Ranveer VS Wild with Bear Gryllswhile Jewel is a film that sees a photographer in South Africa fall for some of her photography clients.

Speaking of falling, the French film Dangerous Liaisons follows a young woman who falls for the “bad guy,” but she soon finds out that it’s all been a set up. The title alone signals that this is not your run-of-the-mill romantic film; it’s going to get very messy. Not to be confused with the 1988 film of that same title that, yes, got very messy.

The highly anticipated series starring Lana Condor, Boo Bitch, also flies into Netflix on July 8. The story sees a high school senior hit with the realization that she’s a ghost. You might be wondering what sorcery led to the whole “dying and becoming a ghost thing,” and it’s as tragic as it is ironic.

“The series, which comes from co-showrunners Lauren Iungerich (On My Block, Awkward) and Erin Ehrlich (Crazy Ex-Girlfriend, King of the Hill), follows a high school senior who has lived most of her life flying safely under the radar. When she realizes that, over the course of one night, she’s able to alter her narrative and start living an ‘epic life,’ she jumps at the opportunity… only to wake up the next morning to learn that she’s a ‘motherf *% king ghost. ‘”

The Sea Beast is taking audiences into an aquatic adventure as the co-director of Moana tells a new story. Chronicling a young girl who happens upon a ship full of monster hunters, The Sea Beast is an exciting look at the bond between the hunter, the child, and the experience they share together.

The beautiful colors, scenery, and trailer are captivating and exciting, and this is one film we just can not wait to see.

Hurdang, 12 Strongand Valley of the Dead join the platform in the next several days alongside How To Change Your Mind and My Daughter’s Killer.

Bill Burr’s new special, Bill Burr: Live at Red Rocksis available on July 12, and if you’re a big fan of comedy, then you’ll love knowing that CHiPS also joins the platform on July 13 with Kung Fu Panda: The Dragon Knight being added a day later.

Netflix continues adding originals with DB Cooper: Where Are You, Hurts Like Helland Never Stop Dreaming: The Life and Legacy of Shimon Peres.

Of course, we can not discuss new July additions without mentioning Resident Evil‘s first season. Andrew Dabb’s take on the video game franchise is highly anticipated, and the trailers so far show a series that just might be a fan favorite.

“A manufactured, corporate town, forced on them right as adolescence is in full swing. But the more time they spend there, the more they come to realize that the town is more than it seems, and their father may be concealing dark secrets. Secrets that could destroy the world. ”

The next timeline reads as follows:

“Well over a decade into the future: there are less than 15 million people left on Earth,” it reads. “And more than six billion monsters – people and animals infected with the T-virus. Jade, now 30, struggles to survive in this New World, while the secrets from her past – about her sister, her father, and herself – continue to haunt her. ”

Alba, Love Goals, and Farzar are Netflix originals airing in mid-July alongside the period drama starring Dakota Johnson, Persuasion. The love story is multifaceted and framed through an idyllic lens, giving us all of those old-school romantic vibes.

The synopsis for Persuasion is as follows:

“When Frederick Wentworth – the one who got away – crashes back into Anne Elliot’s life, she must choose between putting the past behind her or listening to her heart when it comes to second chances.”

Another fan favorite hitting the streaming platform is Uncharted. The adventure film soared into theaters early this year and took audiences on an unexpected thrill ride around the world. Starring Tom Holland and Mark Wahlberg, the movie is as well-acted as it is exciting, and if you did not make it to theaters to see this one, you will not want to miss it on Netflix.

Live is Life is a Netflix original that tells the story of trying to hold onto childhood as we grow up far too quickly. The synopsis for the story reads as follows:

“Five boys faced with the realities of adulthood unite for a final adventure: hunting down a magical flower that will make their wishes come true.”

Season four of the beloved series, Virgin River, hits Netflix on July 20, and the romantic drama has a slew of dedicated fans worldwide. If you’ve not yet tuned in, you’ve just enough time to binge the first three seasons.

Jurassic World Camp Cretaceous airs its final season on Netflix on July 21. The series is based on Jurassic Park; if the name did not give that away already, it’s an adorable family watch.

On July 22, the highly anticipated film starring Chris Evans and Ryan Gosling – The Gray Man – hits the streaming platform and will be a knock-out.

The Gray Man synopsis is as follows:

“When the CIA’s top asset – his identity known to no one – uncovers agency secrets, he triggers a global hunt by assassins set loose by his ex-colleague.”

Shania Twain: Not Just A Girl, The Most Hated Man on the Internet, and Car Masters: Rust to Riches are three documentaries filling out the rest of July. Gabby’s Dollhouse – the kids animated series and Keep Breathing – the limited series that will take viewers on a terrifying look at surviving the odds, round out the month in terms of television for viewers of all ages and genres.

For the romantically inclined, Uncoupled and Purple Hearts hit Netflix on July 29, both about balancing love and heartbreak, with Uncoupled taking on a more comedic take and starring the ever hilarious Neil Patrick Harris.