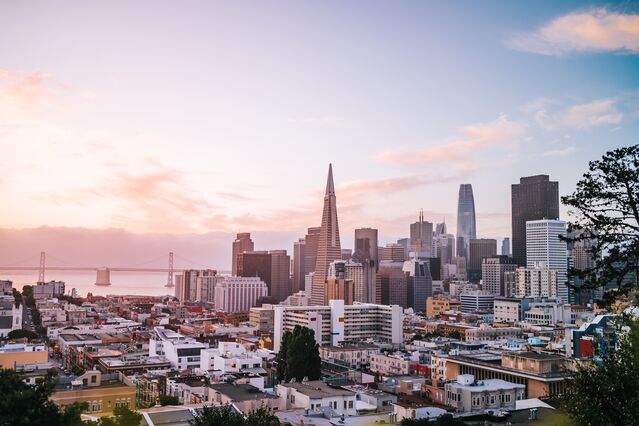 People in San Francisco feel that they need to have a net worth of at least .7 million to feel “financially comfortable.”

This may make you feel a bit uncomfortable. Charles Schwab, a financial services company, has unveiled the results of its sixth annual Modern Wealth Survey, which included questions about how much your net worth needs to be to feel “financially comfortable” in 12 different major US cities. And spoiler alert, the net worths were net-quite-a-lot.

This was based on a survey of 1,200 adults in America conducted by Logica Research for the Charles Schwab report from February 8 to February 27, 2022. The replies indicated that, on average, a net worth of at least $774K would be necessary to feel “financially comfortable.” That’s 774 with an “oh, oh, oh,” after it. That figure is significantly higher than the $624K that was the average from the 2021 survey but lower than the $1.4M, $1.1M, and $934K averages from the 2018, 2019, and 2020 surveys, respectively. Of note, the 2020 survey was conducted before that little thing called the Covid-19 pandemic happened and made us treat toilet paper as if it were gold.

Now, if all your assets happen to be in the form of $774K worth of unused toilet paper or anything else that you can readily sell, that still might not be enough to be “financially comfortable” in nine of the priciest big cities in America . Take a look at net worths needed, according to the survey, in the following list that goes from “how the bleep are you going to ever live here” to “yeah, that’s still really expensive”:

Umm, Houston, we have a problem. In fact, San Francisco, New York City (NYC), Los Angeles, Seattle, and all of the other cities on the list, we have a problem. One million dollars or anything close to it is still a hefty sum. After all, the television game show popular in the 2000s was called Who Wants to Be a Millionaire and not Who Wants to Be Financially Comfortable? 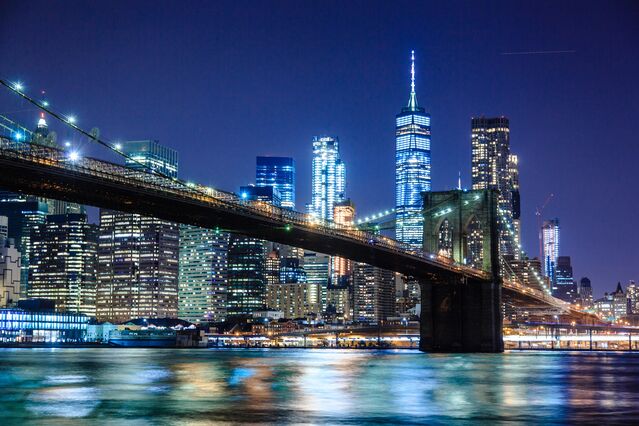 Do you happen to have $1.4M in your name? That’s what’s apparently needed to feel “financially comfortable” in New York City (NYC).

Now, how many people in those cities can say that they have that much money to their names? There are plenty of people these days who can barely meet basic needs or live paycheck-to-paycheck. And even if you are managing to save some money, you can spend a lot of your earlier adulthood paying off debt like loans for college tuition and other education. Heck, this can make your net worth actually be negative for a while, making zero net worth an aspirational goal. In other words, for a while, you can be hoping that you can someday earn and accumulate enough money to be worth nothing. So, telling adults who haven’t already become or may never become millionaires that they have to have around a million dollars to feel “financially comfortable” in some of these cities could bring some uncomfortable silence.

Of course, the definition of “financially comfortable” can be quite subjective. For some, it may be the flexibility to splurge on some two-ply toilet paper every now and then. For others, it could be keeping up with the Kardashians. For many, it’s somewhere in between. So, did the Logica Research survey results truly reflect the diversity of opinions, backgrounds, and lifestyles out there? Well, Charles Schwab called the sample of 1,000 adults (ages 21 to 75 years) surveyed “nationally representative of the US population.” In addition to these adults, the survey sample included 200 Gen Z folks, or those from 21 to 24 years of age, as well. All told, that’s not a whole lot of people. And there wasn’t much indication of their diversity. So take any findings from this report with a fanny pack full of salt. 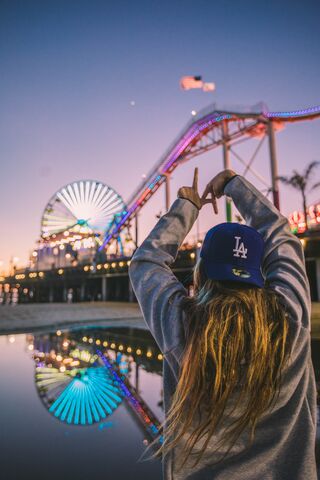 Los Angeles was third on the Charles Schwab report list with a net worth threshold of .3 million.

Nevertheless, the findings in the 2022 report do highlight a super-troubling trend: It’s gotten too darn expensive just to be “financially comfortable” in many parts of the US And this ain’t just a temporary thing tied to the 2022 inflation ridiculousness. It seems to be a trend that’s been going on for a while now. For example, the 2018 through 2020 reports showed even higher required net worths than the 2022 report did to be financially comfortable. And housing prices in big cities like San Francisco and New York City have been spiraling up throughout the past decade.

Don’t underestimate the reverberating mental, emotional, and societal health impact that these high thresholds can have. If you are struggling to make ends meet, it can make “being comfortable” seem like an unrealistic and unattainable goal. Heck, this could be the case even if you’re in a higher-paying profession that in the past promised a “comfortable lifestyle.” What if you’ve been waiting until you’re financially comfortable or secure enough before getting married, starting a family, or pursuing a particular passion? “Maybe wait another 20 years” may not play so well when your significant other asks, “when are we going to get married?” 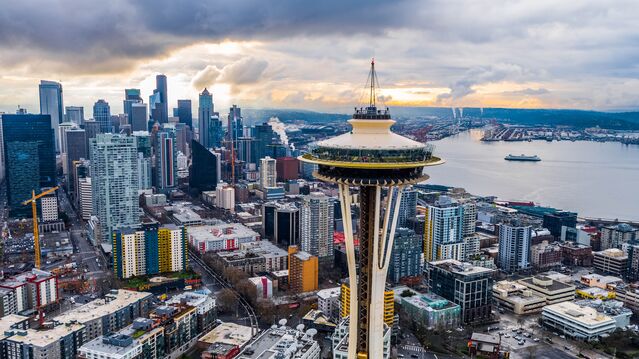 For Seattle, fourth on the Charles Schwab report list, the threshold was $1.2 million.

This can be particularly hard to take amidst all the talk over the past decade about how well the US economy has been doing. Sure, the stock market has been going up and up like one of those Blue Horizon rockets…well at least until 2022. Remember, though, that stock market metrics measure only one aspect of the economy, focusing on big investor confidence and how well public companies are doing.

A booming stock market may allow someone to buy a social media company at a premium (or at least announce a plan to purchase it before later backing out). But if others are making disproportionately more off of the stock market than you are, your relative purchasing power and thus your ability to feel financially comfortable will actually end up going down like a rocket that has gone, umm, flaccid.

And even if you are lucky enough to be in the “financially comfortable” range, keep in mind that a city has to have a wide range of jobs and professions to function and thrive. You can’t simply tell people to move out of a city if they can longer afford it. Who would then do everything that a city needs to be done? If the trend prior to the Covid-19 pandemic continues, things could get uncomfortable in major cities for a lot more people pretty quickly.