The second volume of the fourth season of Stranger Things comes out on July 1, and everyone is excited to see how everything is going to turn out. However, the global phenomenon of the series has not been quite this felt sinceHarry Potter. While part of different genres, Harry Potter and Stranger Things have a lot of things in common. Even though one deals with magic and the other one with science fiction, both series speak about friendship, family, and unconditional love.

The Patronus Charm is a defensive spell that allows the caster to invoke an animal to protect them. Patronuses are born from great happiness within the witch or wizard, and the animal form it takes it often associated with the caster’s personality. This is why it’s very common for people to try to guess what the Patronuses of certain characters would be, and Stranger Things characters are not an exception.

Bears are very lonely creatures they’re the most asocial of all the carnivorous species. The only social interaction they have is with their mates and cubs. But bears are also incredibly strong, and they possess an incredible sense of smell that allows them to track various types of foods.

RELATED: Stranger Things: Which Character Are You, Based On Your Enneagram Type?

Jonathan can be reclusive as well. He has a hard time making and maintaining relationships, and opening up to people, even to his family and girlfriend. However, Jonathan is a skillful fighter, he knows how to defend himself and his loved ones, and with his acute perception, he’s also quick to figure out solutions to dangerous situations.

Because of their great tracking abilities, the German Sheperd dogs usually work helping the police to find all types of substances and even bombs. They’re also very loyal and friendly pets, and they will do everything they can to protect their human.

Nancy is the smartest character, but she is also an inquisitive journalist and a loyal friend. She’s always determined to find the truth behind the mysterious events in Hawkins. During the first season, Nancy did everything in her power to discover the truth behind her best friend’s disappearance, and in doing so, she also helped save Will’s life.

Even though foxes are usually portrayed as tricksters, they’re intelligent creatures who constantly avoid hunters in clever ways. Despite their bad reputation, foxes can be very friendly animals, and some breeds have even learned to live alongside humans in urban areas.

Lucas is the Ranger of their D&D team, which means he needs to recognize different types of terrains and decide whether or not it is safe for the group to explore them. Lucas may be one of the most underrated characters in the show, but he’s sharp and perceptive and knows how to avoid enemy threats. In real life, he usually carries binoculars and a compass, tools that help him in his labor to keep his team away from danger.

Hares are energetic animals that can run at great speed because of their strong legs, and they are usually alone or travel in pairs. Their skittish nature earned them a reputation for timidness and swiftness, however, they can often be seen playing along with other hares in the fields.

RELATED: 10 Memes That Perfectly Sum Up Season 4 Of Stranger Things

Even though Robin can sometimes be skeptical and sarcastic, she’s very kind to her friends. When she just met Steve she did not care much for him, but she quickly befriended him and became a part of the group of friends investigating Hawkin mysteries. Just like hares, she’s okay whether accompanied or alone, and she displays a tremendous amount of energy as well.

One of the most social animals in nature is the wolf. They travel alongside their mates and offspring and have many methods of communication, mainly through howling. They’re also deeply protective of their territories, but extremely loyal to their own family. Remus Lupine and Tonks had wolves as their Patronuses, and they died in the war trying to protect each other.

At the beginning of the TV show, Steve was very popular in his high school, and even though he was a bit obnoxious, his extroverted nature is an important part of his personality. However, soon enough, Steve matured and became a better person to the point where Steve’s friendship with Dustin is one of the best ones in the show.

The stag was James Potter’s Patronus and his son Harry inherited it as well. Deer are calm, perceptive animals that usually live in small family groups. They can be very timid since they are always alert to dangers in their surroundings. However, they can react quickly to dangerous situations.

Will, just like Harry, enjoys the company of a small group of friends and dislikes being the center of attention. Even though he’s a bit shy, he’s also highly intelligent and manages to escape dangerous situations unscathed. His percipient insight allowed him to be able to communicate with Joyce from the Upside Down, and later on, to gain a deep understanding of the Mind Flayer.

Dolphins are known to be one of the most intelligent animals on the planet. They are capable of ample communicating, learning new concepts, and teaching them to others, and they even possess a certain amount of self-awareness. On top of that, they’re very social creatures, and most people like them because they display a friendly attitude.

Dustin is very similar to dolphins in that he’s also one of the smartest people in his group of friends – if not the smartest. At a young age, he displays a knowledge of technology superior to that of most adults, and his inventions and prowess are crucial for the team’s survival, which makes Dustin one of the best characters in the show.

Cats are very independent animals, known for their cold distant demeanor. However, these animals can be very affectionate with people and others animals they know and love. Still, they do value their personal space, and it’s very common for them to spend long periods alone. This is Minerva McGonagall’s Patronus, and though she was perceived as a strict cold professor, she cared deeply about her students.

Max has had to endure traumatic events in her household, mainly the abusive behavior of her step-brother. Because of this, she has a hard time asking for help and tries to solve her problems on her own. Additionally, she’s cautious when other people try to befriend her. Nevertheless, she’s loyal and caring with her friends once she realizes she can trust them.

Even though they’re a small breed of dogs, Scottish Terriers are independent, loyal, and brave animals. Since they’re extremely loyal to their families, they’ve become a cultural staple and they’re even one of the Monopoly board game playing pieces. On top of that, their nickname is ‘diehard’ because they’re resilient and determined creatures.

Mike’s most important attribute is his loyalty. He determinedly searched for his best friend Will when he got lost in the Upside Down, and he stood beside Eleven through all of the hardships she had had to face. Even though he is not physically strong, his intelligence and resilient qualities make up for it.

Horses are very strong creatures and, because of how fast they can run, they’re often associated with freedom. This animal has a strong fight or flight response as well which helps it survive other predators. Since Eleven has had to survive most of her life, she also developed very strong survival instincts.

Eleven is probably the most powerful character in the TV show, but she’s also loyal and caring. Since she was enclosed for most of her life, she appreciates freedom above anything else. However, in the fourth season, she sacrifices her freedom to save the people she loves. Ginny Weasley’s Patronus is also a horse, and both girls are strong-minded people who fiercely protect their family and friends.

NEXT: Harry Potter Characters And Their Stranger Things Counterparts

Stranger Things 4 Continued Its Biggest Death Trend (With A Twist) 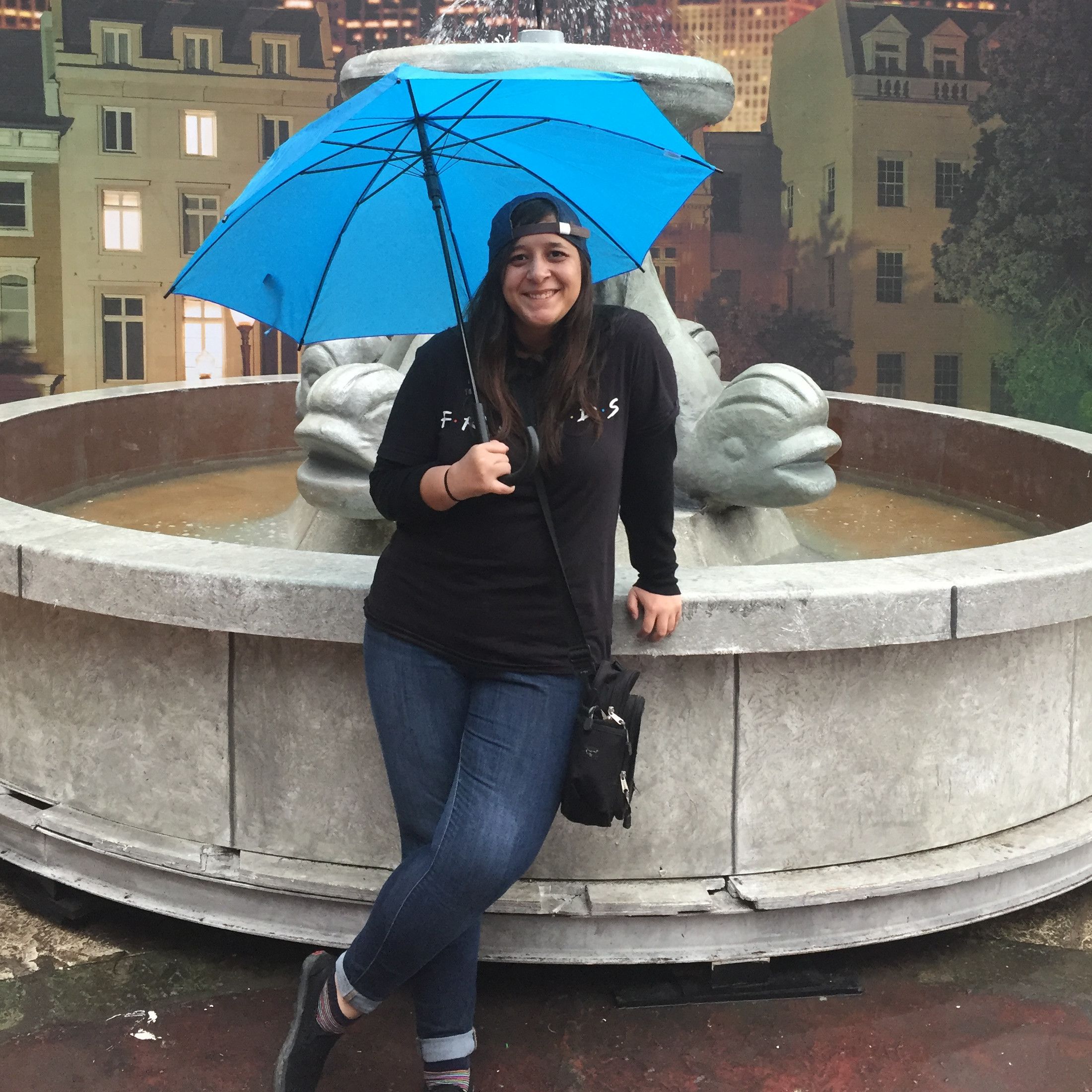 Andrea is a Lists Writer for Screen Rant. She’s a major in English Literature and Linguistics, and she does academic research about Cultural Studies and fantasy literature, especially the intersection between Food Studies and world-building. She’s also worked teaching Linguistics in Spanish and as an editorial assistant. When she’s not writing for Screen Rant, Andrea spends most of her time watching TV shows, reading, and playing video games. She’s a big fan of the Marvel Cinematic Universe, and she’s still mourning Natasha Romanoff’s death.