A meaningful coincidence is the conjunction of two independent patterns that unexpectedly and surprisingly match as judged by the experiencer (coincider) without an apparent explanation (Beitman, 2022).

In the current state of explanatory ambiguity, the seeker’s starting point is their fundamental view of how reality works. The most commonly endorsed world views are either some kind of divine directing intelligence (eg, God/the universe) or haphazard accidents (randomness/chance). For those embracing either one of these explanations, there are no coincidences. As the definition indicates, if there is an explanation, the conjunction is not a coincidence since they can all be explained in one of these two ways. (For more on the perspective of God/the universe, see this post; for more on the perspective of randomness/chance, see this post.)

These one-size-fits-all explanations indicate the impossibility that either of them is fully correct. Like the blind men inspecting the elephant, each of them has part of the truth. One blind man says the trunk is a hose. Another says the tail is a rope.

The Blind Men and the Elephant.

All coincidences have a probability of happening—some are just more likely than others. Therefore, the unpredictability of chance does play a role. On the other hand, many coincidences can be partially explained while some residual mystery continues. New scientific theories may help clarify the mystery.

A solidly-based new science often begins with an adequate description. What exactly are we studying? The fundamental cause of a coincidence seems to be someone noticing the unexpected, surprising pairing of two apparently independent patterns. Like the question about whether or not a tree falling in a forest makes a sound if no one hears it, the coincider must judge that there is some degree of matching before a coincidence exists. Perhaps computer algorithms for judging similarity may change this just as a sound detector in the forest could register the sound of a falling tree.

A subset of coincidences is created by a flexible mind looking for triggers in the environment that may help to resolve an out-of-awareness psychological conflict. The person presents themselves through a subconsciously created coincidence with a solution to their anxiety-driven conflict (Williams, 2015).

Fields of information and energy

Quantum physics has shaken our Newtonian views of reality, leading some theoreticians to look to quantum fields as potentially explaining some coincidences.

Influenced by the reality-challenging findings of quantum physics, Carl Jung proposed the existence of the Unus Mundus, a medieval term meaning “One World.” In some undefined way, archetypes (long-standing patterns of human functioning) exist in the Unus Mundus as neither ideas nor matter but rather some ethereal combination of the two, which he called psychoid—mind-like. From Jung’s perspective, the activation (constellation) of archetypes mysteriously serves as a bridge between mind and matter to create meaningful coincidences (Jung, 1973).

Also engaged by the findings of quantum mechanics, particularly non-locality, physician Larry Dossey (2014) proposed that the universe is composed of One Mind. Non-locality refers to action at a distance which is the direct interaction of physical objects that are not in proximity. Using this concept metaphorically, individuals are connectable instantaneously in the same way that pairs of electrons or photons react together simultaneously at a distance with the perturbation of one of them. These field concepts seem to include the entire universe, which is expanding faster than the speed of light, which makes it difficult for human minds to conceptualize. A possible holographic subset of this vastness may be the psychosphere.

Several scholars have used the term psychosphere to describe our mental atmosphere.

Just as we breathe in oxygen and breathe out carbon dioxide into the atmosphere, we take in information-energy from and release information-energy out into the psychosphere. Jesuit philosopher Teilhard de Chardin used the term noosphere (sphere of the mind). For Teilhard, social phenomena contribute to the noosphere and include legal, educational, religious, research, industrial, and technological systems. The noosphere emerges through and is constituted by the interaction of human minds.

Meaningful coincidences serve as potential markers of human connectivity, which may provide a cartography of the psychosphere.

The controversial notions of telepathy, clairvoyance, human GPS, and precognition have been used to explain synchronicity by many different authors. (For more on the debate between the fundamental belief in randomness and the potential explanatory capacity of psi, see this post.) Consider Jung’s classical synchronicity. He presented a scarab-like beetle that appeared at his office window just after his patient described a dream of a scarab ring. As suggested by science writer Eric Wargo, this meaningful coincidence could be parsimoniously explained by the patient having precognitive abilities (Wargo, 2021). 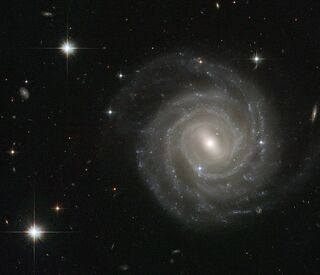 Spiral Galaxy is a fractal.

Coincidences involve pattern repetition—one pattern repeats another in a surprising, unexpected way with no apparent explanation. Fractals also involve pattern repetition. In their most mathematically pure way, each repetition is an exact duplication of all the previous ones, except for the size. They are “self-same.” By placing yourself between two mirrors that are facing each other, your image is repeated toward infinity at diminishing scales.

The repetitions of synchronicity and serendipity are usually approximate matches. Fractals in our evolving life emerge in the boundary between order and chaos, which is consistent with the observation that meaningful coincidences are increasingly likely to happen during destabilizing life situations like stressors, high emotion, and need. (For more, see this post.)

The science of meaningful coincidences has begun. We are developing adequate descriptions, establishing their prevalence through surveys and story collecting, and generating explanations. The subject will become clearer yet through increasingly sophisticated research, including the use of artificial intelligence to uncover the underlying patterns in stories that are not discernible to human minds. As the research progresses, categories will be more clearly delineated, ambiguities outlined, anomalies identified, uses will be more clearly articulated, and explanations will become more apparent.