People vary in what they look for in pets. Notably, many people claim to be “dog people” versus “cat people.” Dog people are often stereotyped as extroverted and social, whereas cat people are seen as introverted and nerdy. But are there really meaningful differences between these two groups? Do our pets reflect our core values?

Do our pets reflect our core values?

Ivanski et al. (2021) investigated this question with a focus on political orientation. In their preliminary investigation, the researchers found that states with a greater proportion of dog owners were more likely to have voted for Trump in the 2016 election, even after accounting for population density (which could influence the size of one’s home and the ability to own a dog). Therefore, they set out to examine whether conservatism predicted preferences for dogs over cats. In addition, they tested potential explanations for the relationship. Specifically, they looked at social dominance orientation (belief in maintaining the social hierarchy), right-wing authoritarianism (belief in submission to authority, traditional values, and aggression towards non-conformists), conscientiousness, and openness. They believed that conservatives may prefer dogs over cats due to their greater social dominance orientation and right-wing authoritarianism, since dogs are generally more submissive to humans and willing to maintain the family “hierarchy.” Previous researchers (Alba & Haslam, 2015) indeed Furthermore, based on prior studies, the researchers expected that greater conscientiousness might explain why conservatives prefer dogs, and lower openness might explain why they do not like cats (Carney et al., 2008; Gosling et al., 2015).

The researchers surveyed 2,425 participants between the ages of 16-86. Among the participants, 65% were women, 71% were white, and 76% were American. Participants indicated their political identity on a seven-point scale from “strongly liberal” to “strongly conservative.” They reported their attitudes towards cats and dogs through a scale that included items such as “How much do you like or dislike cats/dogs?” and “How positive or negative do you feel towards cats/dogs?” The researchers generated a preference score for dogs over cats by subtracting the liking of cats from the liking of dogs. comparing association times for images of cats versus dogs with positive words, such as “gorgeous,” and negative words, such as “putrid.” The IAT is commonly used to reduce social desirability bias, or participants’ tendencies to present themselves as “good,” such as by claiming that they like cats or dogs when they really do not.

To measure the mediators that could explain the relationship between conservatism and pet preference, the researchers collected measures of social dominance orientation (eg, “Some people are just inferior to others”), right-wing authoritarianism (eg, “Our country will be destroyed) someday if we do not smash the perversions eating away at our moral fiber and traditional beliefs,” “What our country REALLY needs, instead of more ‘civil rights,’ is a good stiff dose of law and order”), conscientiousness (eg, “I see myself as a person who perseveres until the task is finished”), and openness (eg, “I see myself as a person who has as an active imagination”)(p. 5).

In support of their hypothesis, conservatism predicted preferring dogs over cats using both implicit and explicit preferences. This association held even with important demographic variables controlled (age, gender, income, and ethnicity). Conservatism also predicted disliking cats, but did not predict liking dogs. The associations were rather small, with “one unit change in political identity (on a seven-point scale) predicting about a 1% to 2% change in pet evaluations and preferences” (p. 7). Out of the four tested mediators, only right-wing authoritarianism was found to explain the relationship. 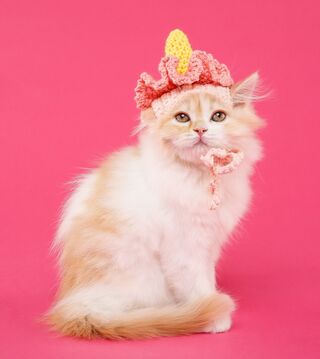 Pet cats are less obedient than dogs, and may therefore fail to reinforce beliefs in right-wing authoritarianism.

As with other studies using correlational designs, the findings must be interpreted with caution. Although it seems less likely, pet ownership could influence political leaning, or a third variable that was not controlled could impact both pet ownership and political leaning. Yet, this is perhaps the first empirical study to rigorously test the connection between dogs, cats, and politics. The findings show that there is indeed a small but meaningful difference between cat people and dog people that is not explained by demographic variables, and that some conservatives may prefer dogs over cats due to their right-wing authoritarianism leanings. In other words, for conservatives, pet dogs (known to be obedient) may reinforce their ideals surrounding submissiveness to authority, punishment of those who stray, and adherence to traditional values.