In a world filled with too much bad news (eg, the global pandemic, war, social and legal injustice, and political turmoil), NASA provided a much-needed boost to our spirits by sharing the first images from its James Webb Space Telescope this week.

Due, people from diverse walks of life viewed these images with giddy excitement. In addition to providing a psychological lift for us all, the Webb Telescope highlights ways to bring people closer despite so many societal forces fighting against human unity. 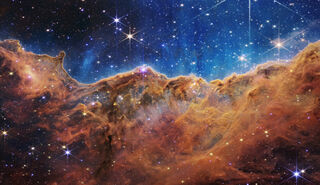 The Carina Nebula, imagery from the Webb Telescope.

The images released on July 12 from the Webb Telescope were breathtaking: the formation of stars in the Carina Nebula, amazingly detailed images of the five galaxies featured in the holiday classic It’s a Wonderful Life, analyzes of an exoplanet hundreds of light years away from us that appears to have water in its atmosphere, and thousands of galaxies viewed for the first time ever. Launched just six months ago, the Webb Telescope did not disappoint on its opening day.

As a social psychologist, I was struck by people’s reactions to these images. In my social media feeds, I saw people agape regardless of gender, race, age, political orientation, education level, or geekiness. People’s reactions to the Webb imagery revealed a lot of positive psychology. It seems useful to reflect on why people were so transfixed because it is clear that our society needs more of these touchstone experiences that we can collectively share and appreciate.

Blend of Science, Art, and Creation

One way these images serve to unify diverse individuals is that they resonate with people deeply for different reasons. For example, people drawn to science may focus on data showing evidence that exoplanets could support life and their “geeky brains” frolic in the possibilities of new scientific discoveries and insights. On the other hand, more “artsy people” may care less about advancements in astrophysics and focus more on appreciating the beauty and majesty of places so far away. 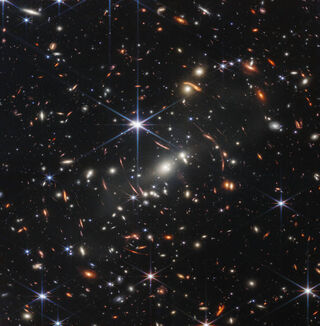 Hundreds of galaxies observed by the Webb Telescope.

In a world with deepening polarization, the opportunities to find moments that can simultaneously inspire scientists, artists, and religious believers are increasingly rare.

However, having these shared moments are critical to revealing our collective humanity and reminding people that we share so much in common that often falls by the wayside when things are viewed through polarizing lenses.

Further, these episodes remind us that “there are a bit of these values” in each of us too. For example, during a NASA news conference, many scientists said that after appreciating the quality of the data scientifically, they felt strong emotional reactions to the images as well.

In short, there is a little bit of scientist, poet, artist, and believer in nearly all of us. In a world that often works so hard to paint people as “us or them,” we share so much more with others than we typically appreciate–and seeing that commonality is important for everything from developing empathy for others (Batson, 1991) to reducing prejudice (Todd & Galinsky, 2014).

One of the most common reactions to the Webb Telescope images was awe. Awe is the sense of wonder inspired by being in the presence of overwhelming, vast experiences that transcend our everyday experiences. People often experience awe when they visit the Grand Canyon, worship in a vast cathedral, or stare at the cosmos. Feelings of awe were commonly reported by people when viewing the Webb Telescope imagery.

A lot of research has shown that when people experience awe, they feel a sense of self diminishment (eg, I feel so small when I see the vast ocean before me), and this reduced sense of self triggers more pro-social behavior (Piff et al., 2015). Further, “awe” is viewed as a self-transcendent emotion (ie, emotions that focus us on others rather than the self), and feeling more of these self-transcendent emotions compels people to care more about the natural world (Jacobs & McConnell , 2022).

Thus, realizing that Earth is just a speck of dust in our galaxy and that the Webb Telescope can show us hundreds of galaxies in one single image that we have never seen before until this week reminds everyone that ourselves, our egos, our goals, and our accomplishments are so incredibly small in the grand scheme of the universe. And to the extent that people feel “less big,” they are less likely to be driven by entitlement and narcissism (Morf & Rhodewalt, 2001; Piff, 2014).

Finally, beyond the inspiration and awe triggered by the Webb Telescope, another remarkable feature of the project is that it has been developed, built, and operated by a collection of scientists from NASA, the European Space Agency, and the Canadian Space Agency. Thus, the Webb Telescope is not just “an American triumph” but a collective effort involving more than 1000 scientists from more than a dozen countries worldwide.

The amazing feat of placing a six-ton ​​American-built satellite flown on a European rocket from a facility in South America to Lagrange point a million miles from Earth to deploy a five-layer sunshield (each one half the size of a basketball court) that ensures the gold-plated mirrors can operate in 50K (-370F) temperatures are not merely technological. Still, it requires tremendous coordination of people worldwide where any one failure could transform the $10B telescope into the most expensive space failure ever.

Yet, all the pieces and teams worked together to make the Webb Telescope a reality. This project is such an amazing exemplar of cooperation and interconnectedness, which should give us hope that we can solve many problems here on earth with similarly focused engagement, common purpose, and successful outcomes.