“I will not stay, not ever again—in a room or conversation or relationship or institution that requires me to abandon myself.” ,Glennon Doyle

Using the steps of emotion coaching can help our relationships with family and friends thrive.

I’ve had the voice of Glennon Doyle in my head as I’ve decided that I will not ever again stifle my own joy for the comfort of others. I have a right to feel joy at any opportunity. It is one of the delights of being human.

As a psychologist, I have worked hard to be an effective emotion coach to my children, students, and partner. In parenting, this entails and validating the emotions of my child, listening empathically, helping them label their emotions, and guiding them through upsetting situations by brainstorming solutions together.

When I follow these steps with patience and model emotional intelligence in practice, my relationships flourish. My children are more likely to confide in me, express big feelings in healthy ways, and show compassion for others when they experience negative emotions.

When we dismiss or deny someone’s upset feelings, it does nothing to comfort them or help them make sense of their internal “weather.” They may begin to doubt their own feelings, bottle-up big emotions, and show callousness towards family members and peers who display suffering.

Dismissing the cries of children is unfortunately common, but are we ever tempted to dismiss positive emotions too? The answer is regrettably yes. 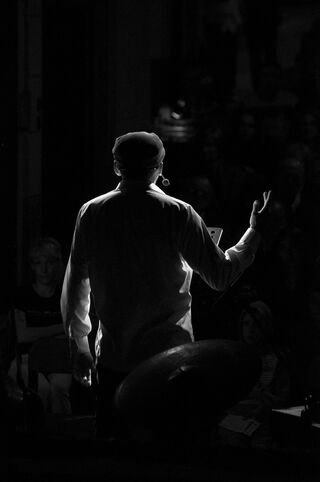 Hugh Jackman almost gave up dancing because his brother said it was too “sissy.” Yet Jackman chose to honor his joy.

Sometimes we rob the joy of others simply because society has deemed their enthusiasm inappropriate. The world-renowned actor Hugh Jackman once shared that he enjoyed dancing as a young boy, but delayed lessons because his older brother told him, “You’re a sissy dancer! Dancing’s for sissies!” It wasn’t until he was 18 that he finally signed up for dance lessons.

Today Jackman is frequently admired for his range of diverse roles and stage expertise. His early experience echoes the message of his work in the film “Greatest Showman.” That is, “accept yourself and never give up your dreams.”

Do we deny our children opportunities for joy because it breaks gender norms? Maybe we view their desire to learn figure skating as a skill that won’t benefit their earning potential down the road. Are positive emotions enough to justify what we may feel are frivolous pursuits?

When parents and peers dismiss the emotion of joy, it may lead children to diminish their own joy. I have several memories of grade school where I worked to stifle my curiosity and enthusiasm for “uncool” subjects like math. Only nerds actually liked learning new things, and I wasn’t going to be a nerd!

Learning about past heroines and heroes, creating experiments with an open mind, and developing art for the simple pleasure of creating something new were all things I didn’t want to seem too excited about. I feared my peers would view me as too eager and think less of me. Reflecting, I wish I had taken every chance to feel engaged and in awe at the wonders of the world.

Someone who understood this well was Randy Pausch, a computer science professor at Carnegie Mellon who died of pancreatic cancer at age 47. After learning his cancer had metastasized, he gave a widely publicized last lecture of his life advice. In it he stated,

“I’ll take an earnest person over a hip person every time, because hip is short-term. Earnest is long-term. Earnestness is highly underestimated. It comes from the core, while hip is trying to impress you with the surface. ‘Hip’ people love parodies. But there’s no such thing as a timeless parody, is there? I have more respect for the earnest guy who does something that can last for generations, and that hip people feel the need to parody.”

Randy allowed himself a full expression of joy, even after learning of his diagnosis. Even as others viewed him as too goofy or playful, he said, “I’m dying and I’m having fun. And I’m going to keep having fun every day. Because there’s no other way to play.”

Are we quick to disregard someone else’s joy because it’s strange or trivial? As Twitter user @RogerC137 said, “Could we, without relentlessly criticizing, let people have their pumpkin spice, and avocado toast, and their fandoms, and their D&D, and their too-early-Halloween-decorations, and whatever little harmless things in which they’ve manage to find a tiny shriveled flower of joy?” [sic] 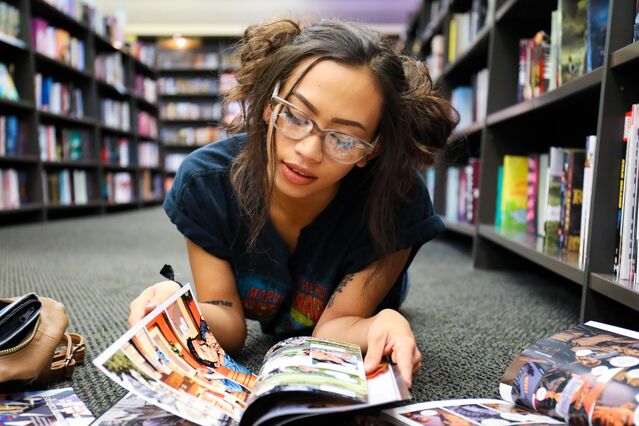 We can find joy in the small pleasures, even when others don’t understand.

We can also recognize ways we are denying ourselves joy out of fear of judgment. I no longer want to hold back where I feel joy. Those funky earrings I like, but worry are too unusual? I’m wearing them. That romance novel others make fun of? I’m going to enjoy it with sincerity. That cheesy 90s love ballad I’ve always pretended was lame? Time to turn up the volume.

Joy is ours for the taking. We are worthy of happiness at every opportunity. Let’s stop hiding positive emotions for the sake of those who are too “hip” for lightheartedness and fun.