Welp. Three straight weeks of work travel amid a seemingly endless pandemic finally caught up with me. Forgive me, as I’m writing this under the influence of green tea and antivirals, so thank you in advance to the regularly Herculean efforts of our copy editor, David. Apparently the old adage of things happening in Vegas staying in Vegas doesn’t extend to viral loads.

After managing to stave off COVID for the past couple of years, it’s fitting that I get to write about our fulfillment panel through the brain fog, as a strong case can be made that the category has benefited from pandemic-fueled automation more than any other .

It also comes a week after I devoted a chunk of this column to Amazon’s robotics play, which had an accelerating effect on the category years before the pandemic. As I’ve mentioned before, I’ll be speaking with Amazon’s VP Global Robotics, Fulfillment, Joseph Quinlivan, at our upcoming robotics event, as well as United States Labor Secretary Marty Walsh – on separate panels, mind.

The pair may well have diverging perspectives when it comes to the future of human labor, but one thing they’ll no doubt agree on is the fact that an automated future is inevitable. It’s happening right now, in warehouses across the world, and here in the US, three companies are helping lead that charge. I’m happy to report that we managed to get them all on a single panel at next month’s event. 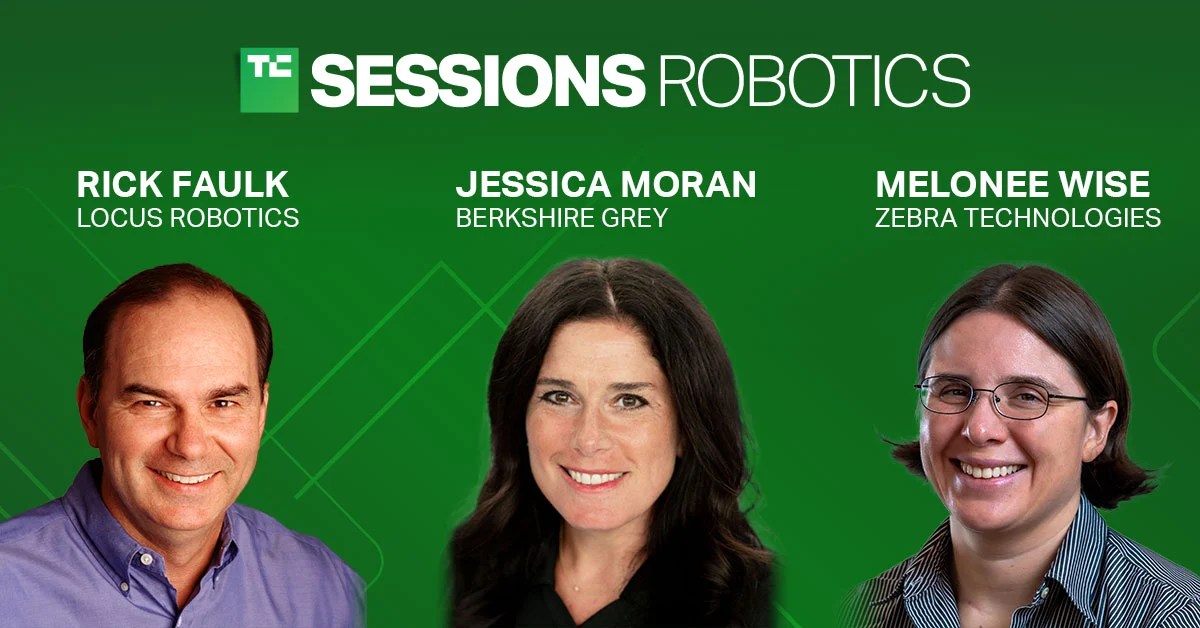 On July 21, Locus Robotics CEO Rick Faulk, Fetch founder / Zebra Technologies VP Melonee Wise and Berkshire Gray SVP Jessica Moran will discuss how the category has evolved over the past several years, what the future looks like for fulfillment and how third-party robotics companies can help retail get a leg up against the big A.

With Agility Robotics and Boston Dynamics also appearing at the event, it’s a subject that’s going to be pervasive throughout, but this conversation will be ground zero. Best of all, the all-day event is completely free. Register for tickets here.

Oh, and we just opened up our pitch-off for the event. If you’ve got an early-stage startup and want to share some (virtual) stage time with the biggest names in the industry, opportunities like this don’t come around very often. We’ve also got an absolutely killer trio of judges I’m excited to tell you about in the coming weeks. The rules are as follows:

The deadline to apply is July 7, if you think you’ve got what it takes.

A couple of stragglers (ie news stories from after I turned in my newsletter draft last Wednesday night) from re: Mars this week. First is this cool little startup out of Los Angeles I spoke to a bit on the show floor. The company developed a gantry-based system that can automatically swap batteries and payloads from drones to automate the process for large-scale deployments. Predictably, the company has been getting some good attention from drone delivery companies, as well as military / policing organizations. 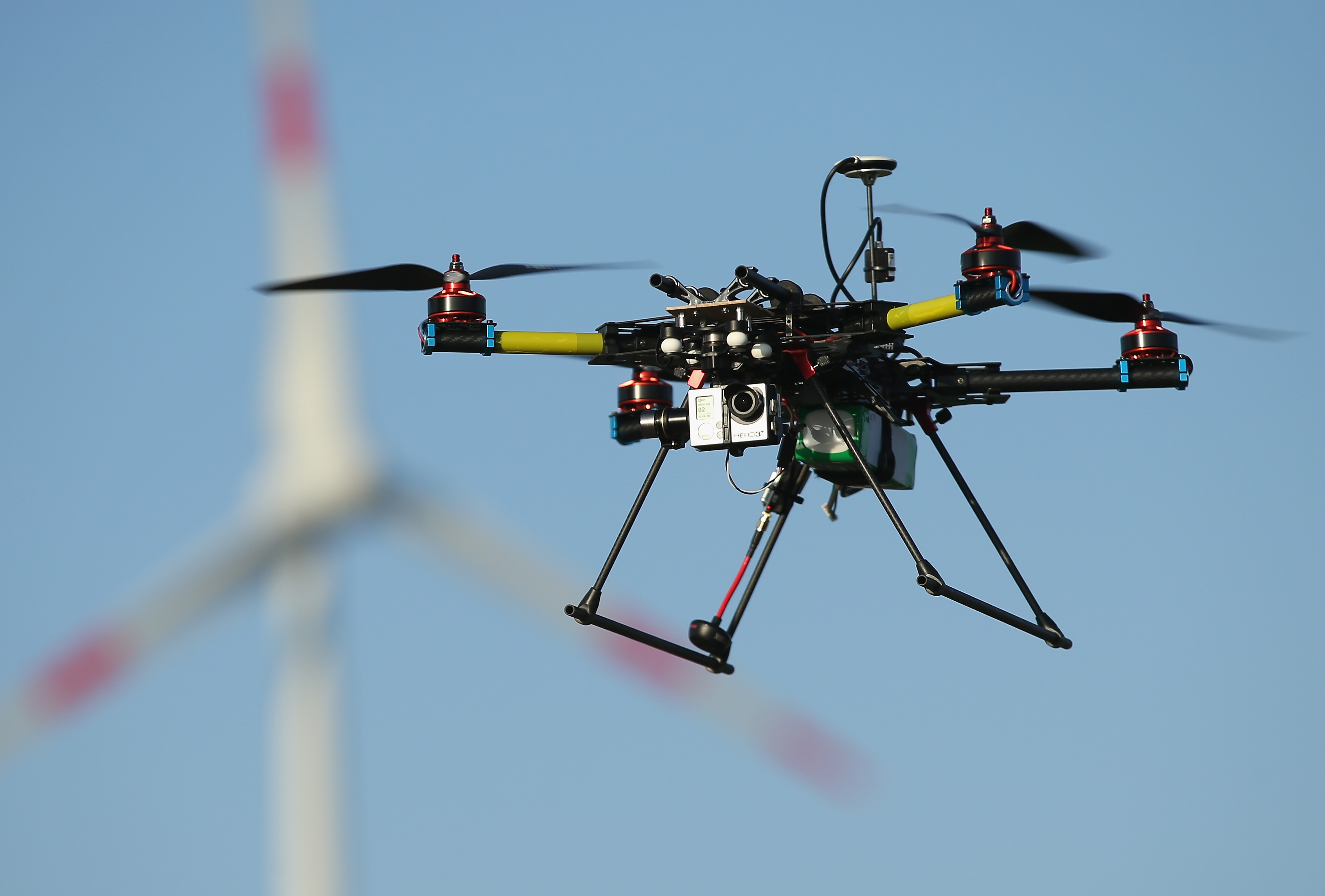 ZEESTOW, GERMANY – MAY 15: A multirotor quadcopter drone used for aerial photography flies near a wind turbine on June 7, 2011 near Zeestow, Germany. Many governments in Europe and North America have recently introduced legislation to allow the commercial use of drones for a variety of purposes. (Photo by Sean Gallup / Getty Images)

Thus far Airrow has drummed up $ 350,000 in pre-seed fund raising and is currently looking towards its next round. The system, which comes bundled with a drone, isn’t cheap, running between $ 80,000- $ 100,000. CEO Menachem Fehler told me, “At this stage, we’re still looking at what’s the best approach, but we want to deliver the end-to-end solution.”

Amazon’s WorldForge simulator got some stage time at the event last week. SageMaker Ground Truth is a new feature for the service that creates images of objects that can be used to train robotics through simulation. AWS VP of Engineering Bill Vass tells TechCrunch, “What Ground Truth Synthetics does is you start with the 3D model in a number of different formats that you can pull it in and it’ll synthetically generate photorealistic images that match the resolution of the sensors you have. ” 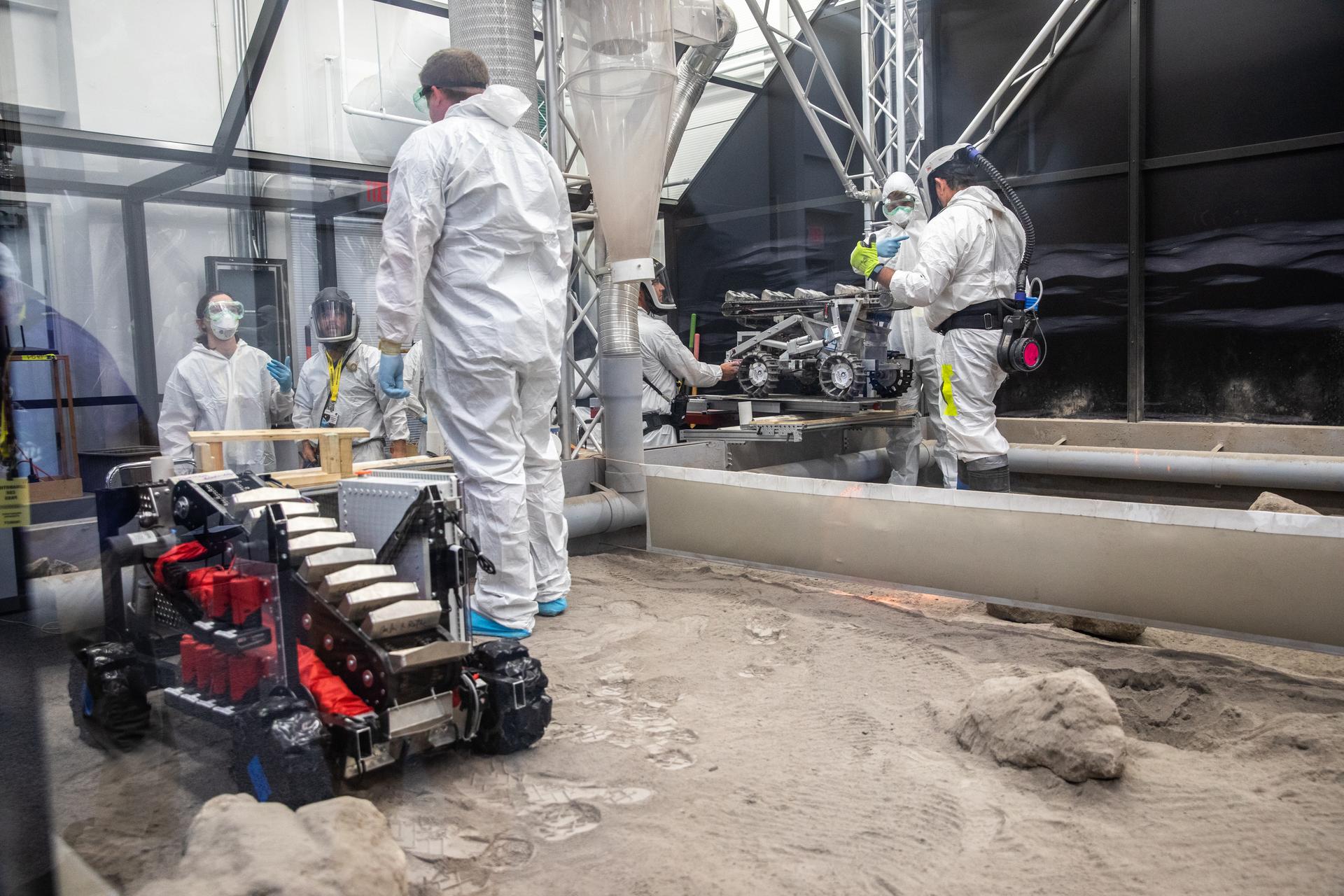 How about a couple of new space robot stories? Here’s a peek at the NASA-hosted Lunabotics challenge, which found 39 teams of students building robots designed to mine the lunar surface (sorry, Michael Bay and Aerosmith). Fun fact: For the first time ever, the competition was held indoors using a material designed to mimic regolith, the dusty material on the moon’s surface.

“My idea is, where can we take miniaturized robotics and apply them in interesting new ways for exploring our solar system?” Schaler said in a release. “With a swarm of small swimming robots, we are able to explore a much larger volume of ocean water and improve our measurements by having multiple robots collecting data in the same area.”

This week, Rita has the story about Keyi Technology, which has raised “tens of millions” (the exact details haven’t been disclosed) in a new funding round led by accessory powerhouse, Anker. Honestly, it’s a match made in heaven. Keyi’s ClicBot is one of the most eye-catching educational robotics kits I’ve seen in years (and I see A LOT of educational robotics kits). I stopped in the halls of CES 2020 to take a closer look at its expression execution, which appears to be heavily influenced by the likes of Pixar. 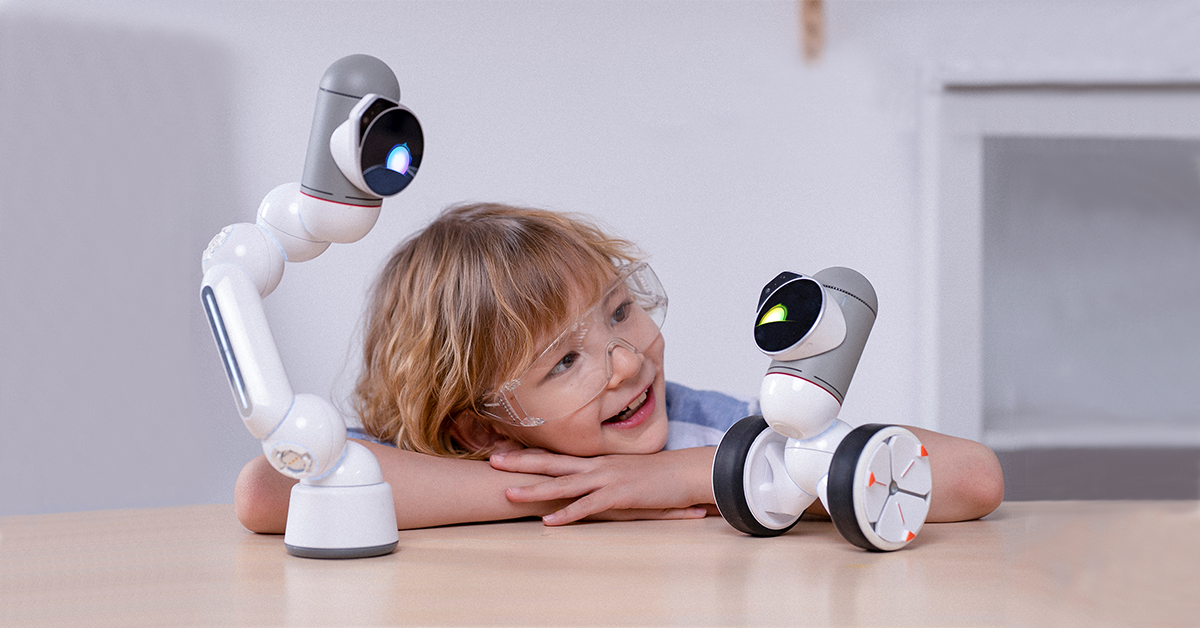 It’s a tough road – just ask Sphero, littleBits and Anki. But Keyi’s got enough to turn heads in the design department. Coupled with Anki’s vast manufacturing and distribution resources, the product could prove to be a real powerhouse.

MIT is showcasing FuseBot, a new project that combines RFID tagging with a robotic arm to retrieve hidden objects from a pile. As long as some objects within the pile are tagged, the system can determine where its subject is most likely located and the most efficient way to retrieve it. 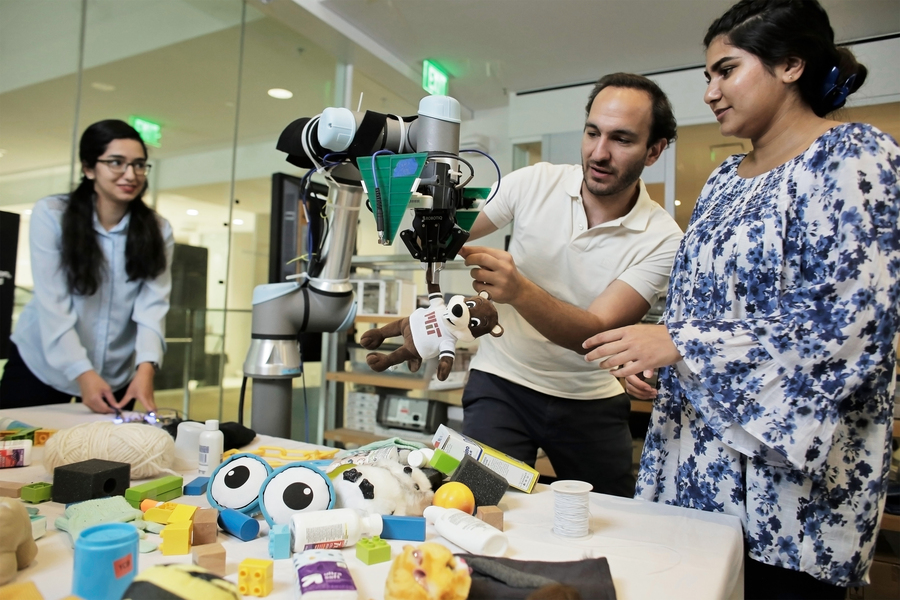 “What this paper shows, for the first time, is that the mere presence of an RFID-tagged item in the environment makes it much easier for you to achieve other tasks in a more efficient manner,” senior author Fadel Adib says in a release . “We were able to do this because we added multimodal reasoning to the system – FuseBot can reason about both vision and RF to understand a pile of items.” 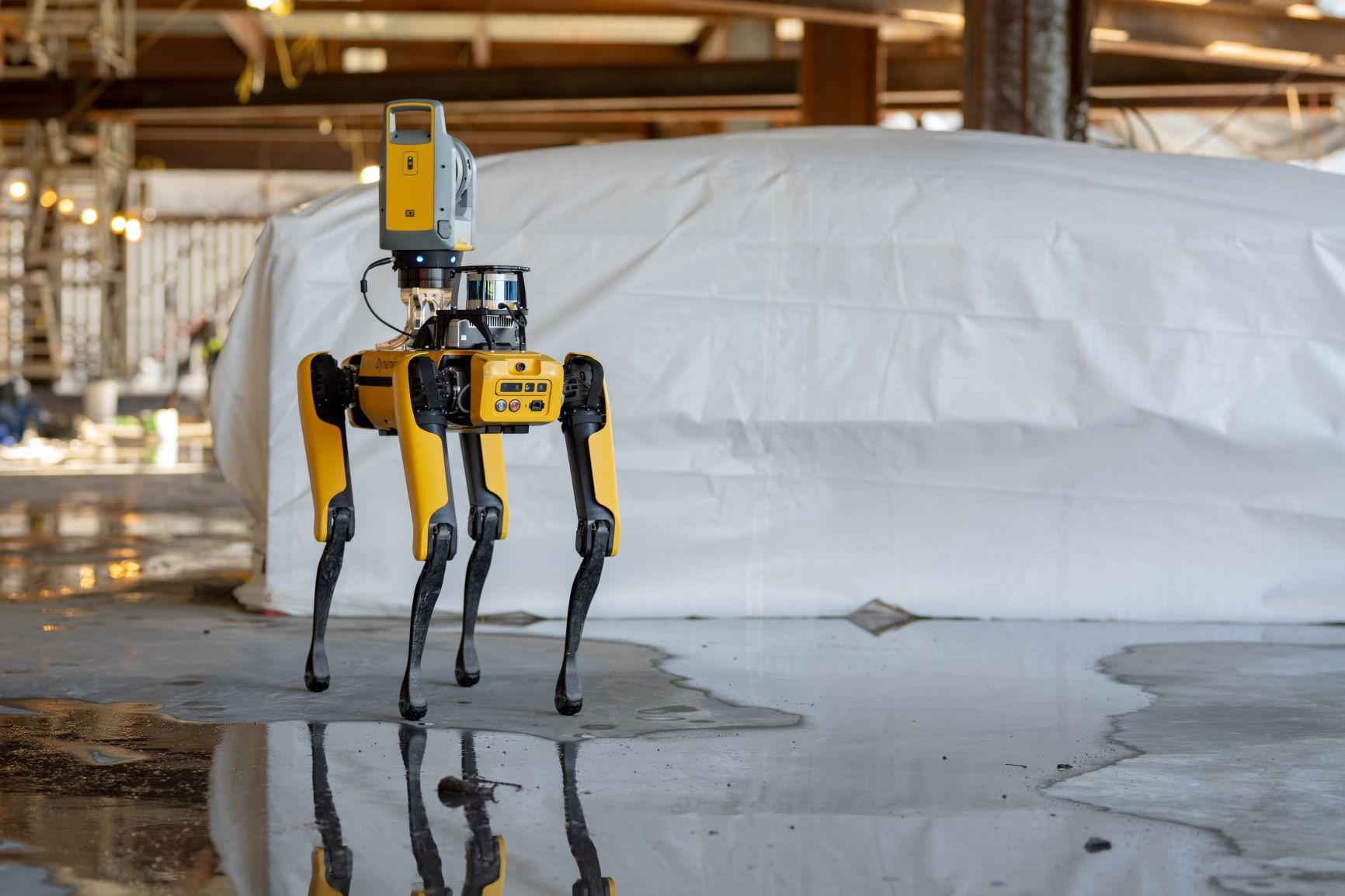 And finally, Velodyne this week announced a multi-year deal that will bring its lidar system to Boston Dynamics’ robots. The accompanying press release doesn’t mention Spot by name, but that’s the most logical first recipient. While the system can be remotely controlled, it relies heavily on sensors for navigation both when operating autonomously and for some added protection during manual control. You don’t want to be the reason your $ 17,000 robot takes a tumble off the remote oil platform you bought it to inspect.

Okay, back to bed. See you next week.

Have you considered subscribing to Actuator?