Imagine you’re a professional cello player, set to perform solo at a world-class auditorium filled with fancifully dressed guests. You walk on stage to an enormous ovation, and you smile at the crowd as you take your place next to your cello.

Even though you’ve done this thousands of times before, there’s still a mild unease about being when the crowd becomes silent with anticipation. It’s just you and your cello underneath the spotlight. You begin playing.

Then, from out of nowhere, in the middle of the performance, there’s a loud, harsh snap. Your cello string snaps. The crowd gasps.

This scenario happened to a real person: None other than the world-renowned cellist Yo-Yo Ma. Arguably the most distinguished cellist of all time, Ma has played in thousands of concert halls worldwide and all of the most prestigious venues. He’s played for Kings, Queens, Czars, Presidents, and Princes. As a child prodigy, at age seven, he performed on the Leanord Bernstein show for President John F. Kennedy. 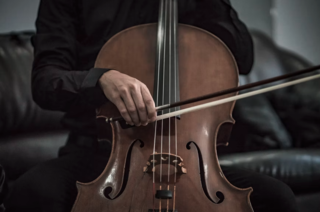 Yo-Yo Ma is a distinguished cellist and enjoys it most when it doesn’t go to plan.

One might think that, for such an accomplished performer, a broken string mid-performance would be a disaster. But as he recounts, it’s one of his most relished occurrences: As he describes,

Sometimes strings break. And when a string breaks at the beginning of the performance, I think I’m in heaven. After the string breaks, everybody gasps. You go backstage and put on the new string. And because something untoward has happened, for the rest of the evening, you can do no wrong.

Few of us have actually had a string break in such a formal, high-stakes performance. But there’s something very relatable to the general situation that Yo-Yo Ma is relaying: there’s a certain levity that comes from things going slightly wrong.

Or, put another way, there’s a particular value that comes with imperfection. And this goes well beyond musical performances. Think about the feeling of paranoia one has who’s just driven a brand new, flawless car off the lot or has just started to use the latest, pristine iPhone straight from the box. When they inevitably get their first scratch, initial disappointment can soon give way to a broader feeling of relief and contentment.

What’s going on here? Why is that imperfection so good? There isn’t a great word in the English language to describe this phenomenon. Instead, our best entry point for understanding the psychology of imperfection is visiting the Japanese wabi-aabi concept, Let’s dive in.

The Psychology of Wabi-Sabi

Wabi-sabi is a philosophy and aesthetic that centers around an appreciation of imperfection, impermanence, and incompleteness. It’s a complex concept, deeply embedded within Japanese culture, and does not admit to an easy, concrete definition. As Taro Gold described in his book, Living wabi-sabi, it’s an inherently elusive term. He writes, “Ask people on a Tokyo street to describe wabi-sabi, they will likely give you a polite shrug and explain that wabi-sabi is simply unexplainable.”

If we had to try and force a succinct definition for wabi-sabi, it would be something like “the beauty of imperfection.” 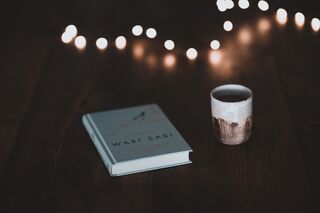 If forced for a succinct definition, wabi-sabi means “the beauty of imperfection.”

The most classic example of wabi-sabi is kintsugi, the centuries-old Japanese art of repairing tea bowls. Typically, gluing the pieces of broken pottery back together again means using an invisible adhesive and then painting over the cracks to make them look new again. Kintsugi takes the opposite approach. Instead of trying to hide the imperfection, it highlights it. The craft uses a gold lacquer adhesive to adhere the broken pieces together.

This technique accentuates these so-called defects, making them the pottery’s most stunning and visually salient aspect. The approach celebrates each artifact by emphasizing and appreciating its imperfection.

The Japanese novelist Haruki Murakami remarked on this in giving speeches. Despite being much more comfortable in his native Japanese, he preferred to give large crowds lectures in English. As he describes, “Much as I love reading books in English, speaking in English is definitely not my forte. But that makes me feel all the more comfortable giving a speech. I just think, “It’s a foreign language, so what are you going to do? This was a fascinating discovery for me”.

The Connection Between Wabi-Sabi and Nature

One of the critical characteristics of the wabi-sabi aesthetic is an appreciation of nature and, more generally, for the natural beauty that exists outside of deliberate, human creation. Humans naturally impose their standards of value and perfection on the world and, in doing so, meddle with a natural organization of beauty best left alone. As the poet, Mary Oliver describes, “Maybe the world, without us, is the real poem.”

Wabi-sabi creations often result from a flow of naturally occurring elements, as opposed to manipulating the raw materials to the artist’s will. Thus, the artist is seen as a conduit, not an independent creator. 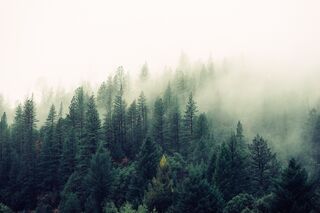 The philosophy of wabi-sabi has a deep connection with the natural world.

Some of the best examples of this are in music. For example, consider the experimental composer John Cage, known for incorporating nature into his pieces and channeling an organic sound. He describes his orientation to music in the following way:

When I hear what we call music, it seems to me that someone is talking—and talking about his feelings or about his ideas of relationships. But when I hear traffic, the sound of traffic—here on Sixth Avenue, for instance—I don’t feel that anyone is talking. I have the feeling that sound is acting. And I love the activity of sound. I don’t need sound to talk to me.

Heavily influenced by Zen Buddhism and Japanese traditions, his musical philosophy bears close parallels with wabi-sabi; The role of the composer is not to manipulate sounds into music but to let the sounds flow through them.

His most well-known piece of music is 4′33″. Performed live, the orchestra rests, holding their instruments in silence for four minutes and 33 seconds. Critics often deride the piece for being “just silence.” However, Cage’s stated intention is much different. 4′33″ is the non-existence of deliberate orchestration and an appreciation for the naturally occurring ambient sound in the auditorium.

The Challenging Psychology of Perfection

In any discipline, “perfect” is the ultimate achievement. From getting the perfect score on a test to planning the perfect evening for a significant other, rising to the level of complete optimization is highly motivating.

Clearly, though, it comes with challenges. That these ideals are rarely achieved is not the primary issue. The true difficulty comes when it is achieved. Its attainment comes with the immediate pressure to maintain it. Anything that rises to this lofty, unblemished position, almost by definition, has nowhere to go but down.

The concept of wabi-sabi provides an alternative perspective that comes some way in helping grapple with this. It recognizes that everything is in constant flux. Any attainment of static perfection is artificial, and its pursuit will inevitably lead to dissatisfaction. Instead, an acceptance, and even a celebration, of imperfection can liberate one from this self-imposed strain.

Even breaking a cello string mid-performance can be a welcomed event.