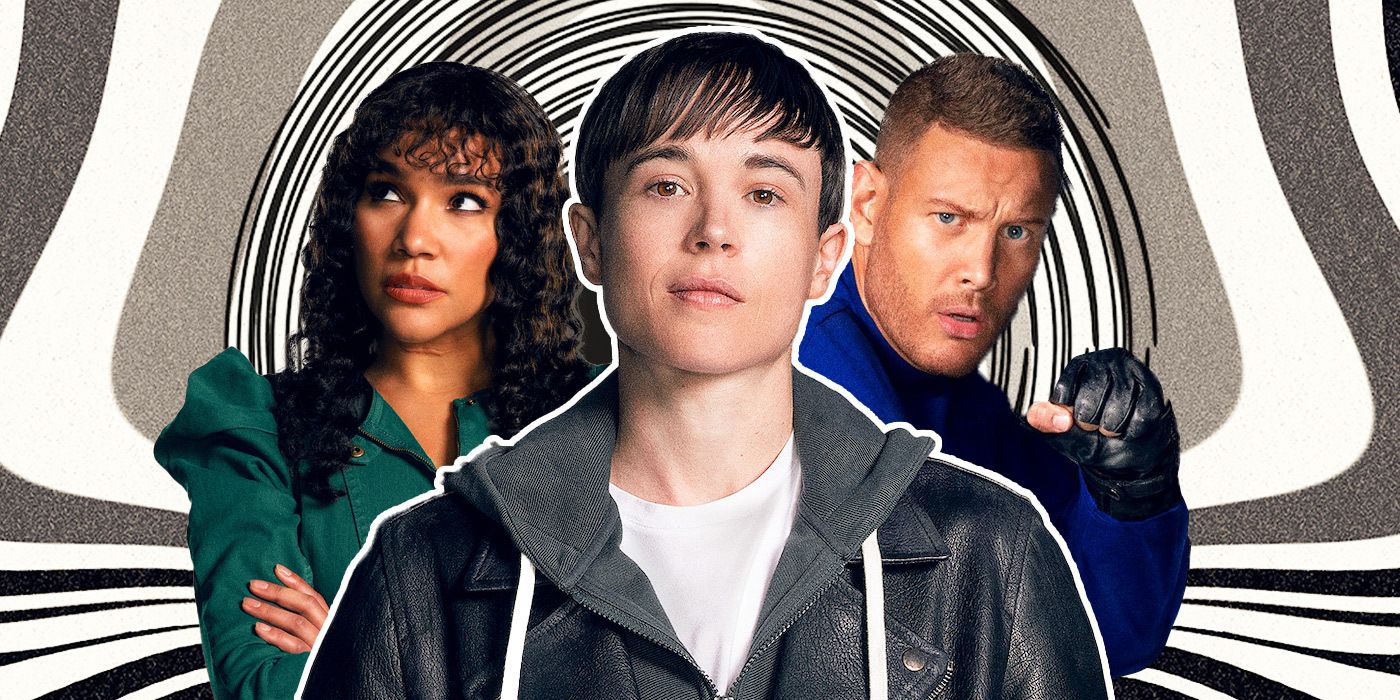 Netflix’s The Umbrella Academy has been one of the most fun shows on air since it began in 2019. As one of the few superhero properties right now not from Marvel or DC, it has a lot to compete with. Between its funky time travel stories, compelling character dynamics, and great needle drops, it does a pretty good job. The music of Umbrella Academy has always been one of the best parts. For a show that relies on its charismatic fun to shine, music is everything and Season 3 did not let us down. So, here are the best needle drops from the latest chapter of our favorite time-traveling dysfunctional family’s story.

Featured In: Episode 1, “Meet the Family”

I do not think there is a person on the planet that does not know Kenny Loggins‘classic “Footloose” from the movie of the same name: A ridiculous, campy, and fun movie about a small town where dancing has been made illegal. This is pretty much the first song we hear in this season as Diego (David Castañeda) hallucinates a dance-off between the Umbrellas and the Sparrows. We are thrust into this scene, at first not even sure it’s a hallucination, right at the beginning of the season in what I can only assume was the creator’s attempt to have a fun day on set. The scene perfectly kicks off the whirlwind of absurdity and charisma Season 3 embarks on.

The original version of “Higher Love” by Steve Winwood has become a classic 80s pop tune. It topped the US Billboard charts and won two Grammys. In the show, we hear a cover by Lilly Winwood (Steve’s daughter) as Luther (Tom Hopper) leaves the Sparrow Academy and Sloane (Génesis Rodríguez) calls him back in through her window. The slower and more lowkey cover makes it perfect for one of the first few scenes of the romance which would tie a lot of this season together. For as well suited as the cover is to the scene, I’d stick to the original for personal listening.

As Five (Aidan Gallagher) and Klaus (Robert Sheehan) begin their road trip to find Klaus’ birth mother this song plays quietly in the background. It’s not until they almost crash and swerve around the road that we hear it blasted at full volume. Its loose, nonsensical lyrics, light upbeat instrumental, and Brenton Wood’s charismatic and soulful delivery help set us up for Five and Klaus’ journey that brings some shocking revelations.

This song plays as Diego fights two Sparrows in a grocery store. It’s a light, upbeat, and poppy jazz ballad – so, basically, the complete opposite of a brutal grocery store fight. That’s what makes it such a wonderful scene though. Umbrella Academy is nothing if not fun, and scenes like this really let you just turn off and enjoy the choreography, the characters, and the absurdity.

“A Change is Gonna Come” may well be one of the greatest songs ever made. Sam Cooke wrote and released this song as a Black man in 1964 about… well, a change coming. The way it’s written and performed is not from a place of confidence but exhaustion. Cooke sounds so exhausted with his life that he has to believe a change is on its way, otherwise, he might not make it till tomorrow. It’s both severely depressing and optimistically hopeful. A big theme this season is the trauma that the Hargreeves endure because of their recent experiences.

Beyond just their familial problems, this season is interested in how constant time-traveling, apocalypses, and timeline shifting might screw with you. For Allison (Emmy Raver-Lampman), it takes on an extra layer of depth as in the previous season, when they went back in time, Allison had to live as a Black woman in a segregated America. We hear this song when she wakes up from a nightmare and her husband from Season 2, Ray (Yusuf Gatewood), comforts her by singing it. With everything that she’s been through, the show manages to really use the song for all its power and meaning.

Speaking of absurdity and fun, I do not think there’s a single two seconds in the show’s entire run that better encapsulates those feelings than hearing the ancient, uptight, and proper Sir Reginald Hargreeves (Colm Feore) call out “must be the money” while listening to Nelly as his dead son is stuffed in his trunk and slowly coming back to life. There’s really not much more to say about this scene and song – it’s just perfect.

“Bruttosozialprodukt” is the German meaning for “Gross National Product,” as in the economic measurement of a country’s output. The song is a sort of sarcastic look at society and how everything we do is just to better the GNP but ultimately, we’re all still trapped as cogs in a machine. It’s very on-brand for the ska-punk of the time which this song most certainly falls under. The song plays as Lila (Ritu Arya) time travels to 1989 Berlin during the knocking of the Berlin wall to retrieve The Commissioner’s (Kate Walsh) hidden briefcase.

“Teenage Dream,” originally by Katy Perry, has become a late Millennial / Gen Z classic and nostalgic symbol of simpler times. The Rescues deliver a subtler cover that plays as Sloane and Luther get married. And nothing says “somber reminder of simpler times” better than a wedding during the apocalypse. This sweet cover brings a sense of peace amongst the chaos, and we can focus on the love and union between the two newlyweds.

This is one of the lesser-known songs on the soundtrack, but that’s part of what makes it a gem. We hear it play as Sloane and Luther dance at their wedding while Five does a little karaoke. The song serves the scene in two ways – it acts to emphasize the dramatic irony of the scene. While Sloane and Luther dance at their wedding, symbolizing a lifelong commitment, we watch the apocalypse close in on them; set to this song, the bitter-sweetness of the union is palpable. The other purpose it serves is to give us a bit of a deeper peek into Five. Usually, Five is the emotionally distant and arrogant lone wolf, we rarely see him deal with the lonely life he had to live after going through multiple apocalypses and time-traveling alone for an entire lifetime – here, though, he sings along welcoming in Mr . Lonely and his failure to successfully stop the apocalypse.

It’s not often that we see the Hargreeves family genuinely and lovingly get along. We hear this song as Luther sings it during Karaoke for his bachelor party, one of the few times when we see an uncomplicated loving connection between the siblings. Beyond that, it is also just extremely rewarding to see them all let loose during a karaoke session after three seasons of trying to stop the apocalypse and eventually just accepting defeat.

Honestly, I might be biased here because of how much I love The Cure, but I believe this to be one of the best scenes of the season. All throughout the show, Luther is constantly poked fun at for having been sent to the moon alone to do essentially nothing but we rarely ever actually engage with the effect this had on him. In Season 3, when everyone’s loneliness is starting to be explored, we get to see a montage of Luther alone on the moon as this song plays. It’s hard to beat the melancholy of The Cure.