Thor: Love and Thunder is a return to form for the Marvel Cinematic Universe, delivering a great solo story that is emotional, exciting, and downright funny as hell. After recent Marvel films leaned on multiversal stories (to fun effect), Thor 4 quickly jettisons shared universe connections and draws, instead, from the Asgardian’s three prior solo outings to tell a heartwarming tale that sees the God of Thunder and his ex-girlfriend-turned Mighty Thor reunite for an interstellar adventure that is sure to satisfy MCU diehards and casual filmgoers alike. The result: Love and Thunder is easily the best entry of Thor’s standalone outings, and is among Marvel Studio’s best entries post-Avengers: Endgame.

Following the events of Endgame, Love and Thunder sees Thor (Chris Hemsworth) tiring of life on the road with the Guardians of the Galaxy. Yearning for purpose, he returns to New Asgard, joining Queen Valkyrie (Tessa Thompson) in fighting a shadowy figure known as Gorr the God Butcher (Christian Bale), who is stealing the village’s children. In the battle, Thor discovers his former love, Jane Foster (Natalie Portman), is now wielding his beloved (and previously destroyed) hammer Mjolnir, which has imbued Jane with the Power of Thor. However, as the heroes mount a rescue mission and chase Gorr to the center of the universe, Thor begins to suspect that, in spite of her new super-powered persona as Mighty Thor, Jane may be hiding a deadly secret.

Related: Which MCU Movies To Rewatch Before Thor: Love & Thunder

Thor: Ragnarok director Taika Waititi returns to helm Thor: Love and Thunder, this time taking the rapid-fire comedy of the previous entry and injecting a saccharin story that explores the challenges of love and loss. Tonally, Love and Thunder whips back and forth between heart and humor, and where that might be disorienting at times (or lessen the effect), the overarching message of the film – and where it leaves the characters, both its heroes and its villain – makes any inconsistencies well worth. the effort. There’s no question the filmmaker knows how to make a very fun Thor film (punctuated by the repeated shrill cry of Thor’s goats Tanngrisnir and Tanngnjóstr) but Love and Thunder is all the better for Waititi’s attempts, strained as they might be at times, in tackling challenging emotional beats as well.

Similarly, while Hemsworth was tasked with a melancholy performance in Endgame, Love and Thunder sees the Asgardian shed his guilt (and post-Blip weight) in favor of a genuinely vulnerable take on the character. In Love and Thunder, Thor is once again at the top of his monster-slaying game, which is fun to watch and sets up another round of high-flying, ground-smashing, lightning-infused action set pieces. Still, Hemsworth is at his all-time best this round, navigating a minefield of comedy and emotional beats. It’s the star’s most nuanced take on Thor to date and evolves the hero, once and for all, into a character that thrives in his duality (a fitting challenge for a god who loves a mortal woman). He’s simultaneously wise and goofy, tender and all-powerful, vulnerable and invulnerable.

That all said, Natalie Portman’s scene-stealing return as Dr. Jane Foster-turned-Mighty Thor is the highlight of Love and Thunder. Despite suitable turns from Portman, Jane’s previous roles in Phase 1 and 2 Thor movies, as well as crossover appearances, were mixed at best, often falling into early MCU trappings (damsel in distress, living MacGuffin, along with numerous offscreen name-drops). However, the character’s triumphant and emotionally-charged return as Mighty Thor makes the payoff all the more rewarding. Portman is no stranger to playing kick-ass, physical roles; yet, it’s apparent the actress reveled in taking on the high-flying, lightning-wielding challenge of exploring Love and Thunder ‘s Jane Foster story. In the end, Mighty Thor is an especially impactful and well-executed addition to the film, punctuated by lovable moments of kid-like glee as Jane delights in her newfound superpowers.

Bale makes the jump from DC superhero to MCU villain and Gorr the God Butcher aims to be one of Marvel Studios’ more complex villains. Gorr’s objective is relatable and Waititi provides a sympathetic baseline for the character before he becomes a malignant danger to the universe as the God Butcher. Like Hemsworth, Bale straddles a fine line, playing Gorr as a well-intentioned (albeit twisted) but increasingly depraved zealot. And while Bale’s emotional scenes are topnotch, watching the actor chew scenery as an unhinged antagonist is even better. Gorr’s shadowy power set is also an engaging match for Thor and his friends, setting the stage for unique combat interactions that require equally unique solutions (that fans are sure to love). Yet, some viewers may wish the villain (and his accomplished actor) had been afforded more screen time (especially since it has been confirmed several of Gorr’s scenes were cut for time).

Love and Thunder is packed with other familiar faces, most notably the return of Korg (voiced again by Waititi) and Queen Brunnhilde (Thompson). Brunnhilde (aka, Valkyrie) is an entertaining party member – even if her Love and Thunder arc isn’t as deep as the heroine’s introduction in Ragnarok – and adds to the (already strong) case for a Valkyrie solo movie. Russell Crowe’s arrogant showman take on Zeus is exquisite farce and a standout, making a strong case for Gorr’s grudge against the gods. His addition should excite fans who want to see additional Olympians in future MCU installments. Nevertheless, moviegoers hoping for extensive screen time from the Guardians of the Galaxy should temper their expectations. While it’s fun to see Star-Lord and his band of misfits, they’re mostly connective tissue bridging Love and Thunder to Endgame (which saw Thor join the intergalactic outlaws on their ship, the Benatar) and do not play a pivotal role once the Asgardian’s latest outing gets rolling.

Thor: Love and Thunder is playing in premium formats (including IMAX and 3D offerings), though an upgraded ticket is not required. Still, for viewers who enjoy theater add-ons, Waititi’s film is packed with gorgeous visuals, bizarre soundscapes (including screaming goats), and next-level lightning effects that will be enhanced by big screens, great sound, and / or 3D projection. They’re just not all necessary this round.

Ultimately, Waititi ups the ante in Thor: Love and Thunder, delivering a film that is just as moving as it is funny. Waititi once again lays an uproarious comedy baseline but, unlike with Ragnarok, the filmmaker also weaves in a genuinely affecting message about life and love. It’s a message that, in the end, informs and evolves the titular character and his ex-girlfriend-turned-superhero, paying off a decade-long storyline and establishing interesting new threads that can stretch into future MCU films.

Thor: Love and Thunder releases in theaters July 8. The film is 119 minutes long and is rated PG-13 for intense sequences of sci-fi violence and action, language, some suggestive material, and partial nudity. 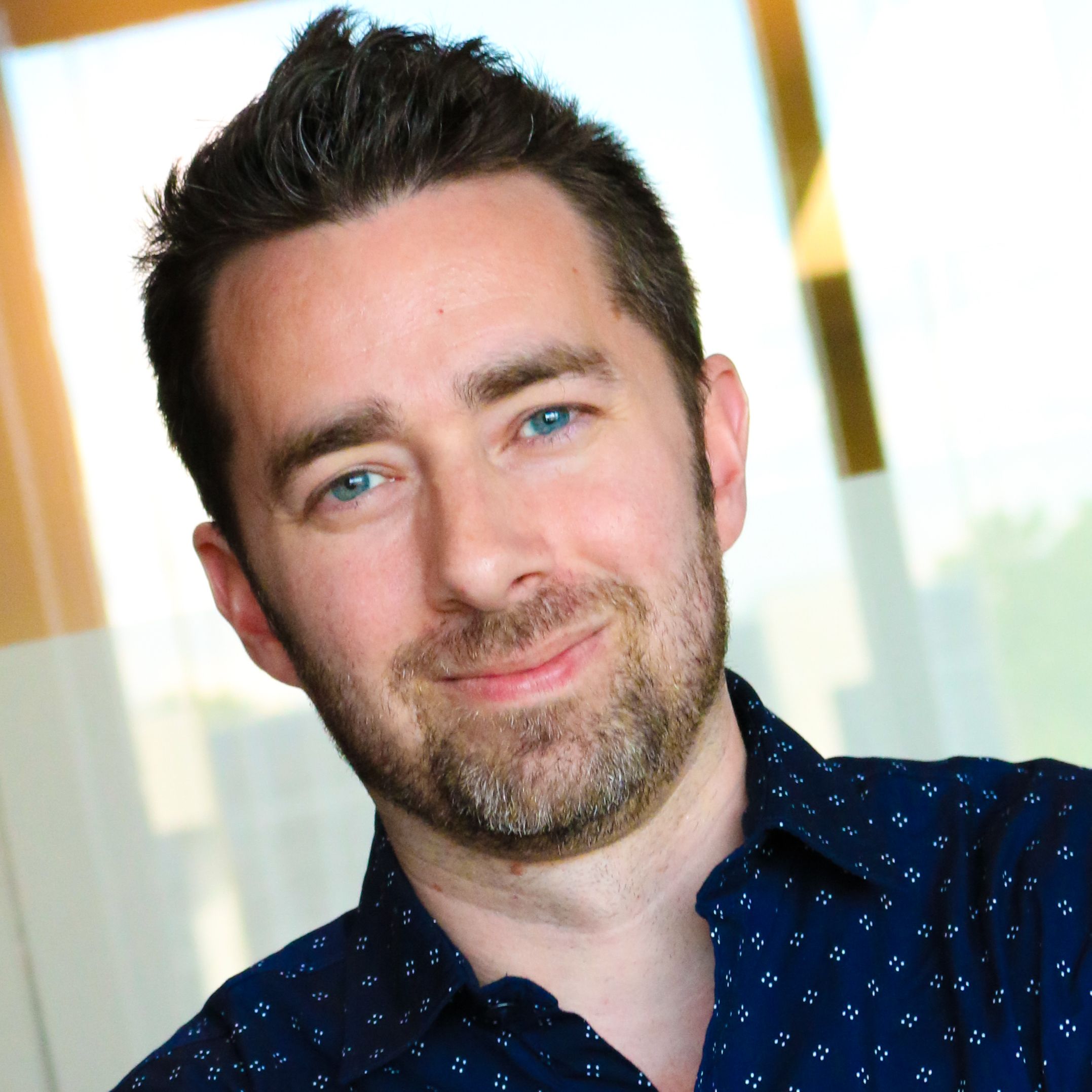 Ben Kendrick is the former Content Director (and current film critic) of Screen Rant, CBR, and Collider as well as host of the Screen Rant Underground and Total Geekall podcast. He is a member of the Denver Film Critics Society as well as the Online Film Critics Society – with work referenced, cited, or syndicated on CNN, Wikipedia, Huffington Post, Rotten Tomatoes, IMDB, Yahooand Business Insider, among others. A graduate of the New School’s Master of Fine Arts in Creative Writing program, Ben has been passionate about movies ever since standing in line for a midnight showing of Indiana Jones and the Last Crusade when he was eight years-old. Thanks to a background in fiction writing, Ben is drawn to films that make story and character a priority; however, that does not stop him from enjoying a range of Hollywood offerings – from blockbuster action flicks to campy so-bad-they’re-good B-movies.

Visit Ben Kendrick’s website for info on his fiction work, follow him on Twitter @benkendrickor check out what he’s doing now over at Rise at Seven.