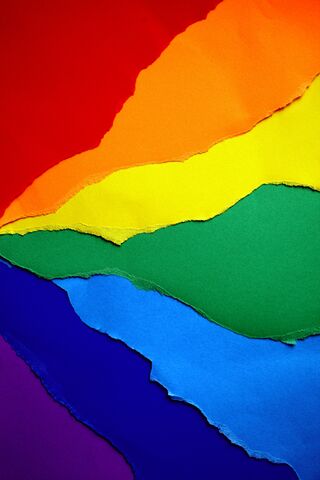 People with marginalized identities often face identity-related discrimination, negatively impacting their daily lives. For example, someone who identifies as LGBQ+ may receive unwanted stars and hateful comments from strangers when out with a partner of the same gender. At the same time, a lack of ramps may prevent a wheelchair user access to a building.

So, what happens when multiple marginalized identities intersect? This topic might feel especially salient for LGBQ+ people who hold additional marginalized identities as we finish out another Pride Month, with community events that have too often been inaccessible to LGBQ+ disabled people and/or centered white, cisgender gay men.

While much research has examined relationships between intersecting identities and stigma—defined as a negative label placed on an individual based on their identity or certain attributes—none has explored the stigma experienced by LGBQ+ women with rare diseases or disorders (RDs), which includes any disease or condition affecting fewer than 200,000 individuals in the US

These individuals likely encounter greater and more complex stigmatizing experiences due to the rarity of their intersecting identities. Stigma has been identified as one of the top challenges of living with an RD and disproportionately affects women with RDs.

In a new study, we surveyed 29 sexual minority women with RDs and interviewed five of these individuals. Most of the sample identified as bisexual, lesbian, or queer, and the most commonly represented RDs were Ehler-Danlos syndrome and mast cell activation disorder. A total of 26 RDs were represented in the sample. We assessed sexual identity, RD noticeability, and related stigma using standardized measures.

Findings indicated that the more noticeable a person’s sexual identity was, the more sexual identity-related stigma they experienced. Similarly, those with more visible RDs encountered more illness-related stigma. As described below, qualitative survey and interview findings provided a more in-depth window into their experiences with stigma.

Due to their RDs, frequent medical appointments were often necessary. Unfortunately, healthcare settings were a common site for stigmatizing experiences. Many interviewees were frustrated by the lack of LGBQ+ cultural competence, describing unknowledgeable physicians becoming overtly uncomfortable when they disclosed their sexual identity.

Another frequently discussed issue was sexual identity erasure. That is, interviewees felt their LGBQ+ identity was often erased due to assumptions that they were heterosexual. Indeed, many participants shared that they unintentionally pass as straight because people have a narrow, stereotypical concept of what an LGBQ+ woman looks like. This was particularly true for bisexual women in committed relationships with men. Similarly, those with less visible RDs felt they had to prove their illness to others.

Another stigma experience that participants mentioned was being excluded from the RD community or LGBQ+ community because of one or more of their identities. For example, some mentioned being excluded from the LGBQ+ community because of ableist attitudes and physical barriers to community events. For example, a participant whose intersex traits are considered an RD shared that the queer and trans community sometimes stigmatizes intersex people, even though “intersex” is the “I” in the LGBTQIA+ acronym.

Others experienced the reverse—RD communities excluding them because of their sexual identity. This pattern was also evident in romantic relationships, with partners being unsupportive of one or more aspects of their identity.

Some found ways to combat stigma rather than internalize it. Some did so by becoming active members of their community, building support systems, and engaging in community activism. For example, some women pushed back against the stereotype that disabled women must be disengaged from their sexuality. Others decided to focus on the strengths their identities provide them, such as “internaliz[ed] grit” that helped them live life without worrying about what others think.

What can be done?

This study found that stigma was a complex and pervasive issue in participants’ lives. Stigma impacted their relationships, healthcare experiences, self-perceptions, and sense of belonging. Concrete steps are necessary to support these communities.

Brooke Bryson, Ph.D., is a Senior Lecturer of Psychology at Texas State University and an alum of Dr. Bogart’s Disability and Social Interaction Lab.

Marla Munro, MSEd., is a Ph.D. student in counseling psychology at the University of Houston and an alum of Dr. Bogart’s lab.