Many things influence human behavior, and I don’t claim to understand all of them. I have had the most experience with the early New England Puritan’s influence on how Americans act and react to the world around them.

Every year for over four decades, I have taught a series of literature courses that begin with the Puritan experience in the early 1600s and culminate with the literature of the 1960s. In the process, I have come to agree with many Europeans who periodically look at events unfolding in America and say, “There go those Puritans again.”

What has been unusual in these courses recently is that I no longer have to convince my students how much the early Puritans shaped our behavioral patterns. Once my students are introduced to the issues that preoccupied the early Puritans, they quickly point out many contemporary trends in American thinking that suggest the Puritans are still with us, perhaps stronger than ever.

Our Puritan ancestors who came to the New World in 1620 were in many respects the product of their own time. They understood that the Jamestown Colony of 1607 almost failed due to social and political order breakdown. The early Puritan authoritarianism was partly an attempt to avoid the mistakes that almost destroyed Jamestown. As a result, punishments were swift, decisive, and cruel, as though met out by a military tribunal.

The Puritans were not without their virtues. They were very creative in the practical sense. They had to figure out ingenious ways to invent essential tools from whatever was available in the wilderness area they inhabited. The ability to improvise was essential for their very survival and is still one of the more positive legacies of the earliest Puritan colonists.

This creativity, however, was not reflected in their attitudes toward art and literature. They regarded art and literature as competing with the Bible for the hearts and souls of Puritan parishioners. Puritan preachers enjoyed the privilege of writing poetry and then converting their poems into sermons that supported biblical truths. Human creativity among commoners, unless for some functional purpose, was more likely to be viewed as highly suspicious, even satanic, and deserving of extreme punishments.

The attitude toward women in Puritan societies was also derived primarily from the Bible. They believed Eve’s sin in the Garden of Eden had caused the biblical fall, and all of humanity was atoning for her transgressions. As a result, a woman in Puritan societies had structure only if she was married to a socially prominent, wealthy male member of her community.

Without such connections, women had very little status. Even successful widowed women who had transformed themselves into clever businesspeople and farmers were among those who were executed during the Salem Witch Trials of 1692. A strong, successful, independent woman was more likely to be viewed as a threat than an asset to her Puritan community. .

In Puritan cultures, a woman’s body did not even belong to her. Accused witches could be subjected to anatomical examinations to determine if they were pregnant. If so, they were temporarily exempt from execution until their children were born. Then the courts would decide whether to go through with the execution or allow the condemned “witches” (mothers) to continue to live—so long as their lives were free of all sin.

However, as Nathaniel Hawthorne, author of The Scarlet Letter, wrote, the male Puritan leaders were often stunningly hypocritical. As they stared down from their benches or pulpits at the condemned “witches,” they kept the secrets of their own far greater transgressions hidden from public view.

The poor were viewed with equal disdain and hypocrisy. In the Puritan mind, wealth was a sign that someone was a member of the Elect and was destined for salvation. Conversely, the Puritans viewed the poor, including beggers and the homeless, as members of the Damned who were excluded from salvation. Hence, the poor were also among the first to be imprisoned and executed during witch hunts.

Another defining characteristic of the Puritans is that they had no qualms about intermixing church and state into a rigidly theocratic form of government. These theocracies could not be challenged or questioned in any way. Their leaders were considered the earthly reflection of God’s standards of moral behavior. Laws based on a scripture provided ironclad protection for Puritan leaders and their views.

The Puritans also insisted on the freedom to practice their religious beliefs. However, they denied other religions similar freedoms. Like all theocracies, they established a “dominant religion,” in their case-based mostly on the Old Testament, and that religion often set out to destroy all competitors. The Quakers suffered greatly at their hands, as did any other religious sect that held different beliefs.

How does modern America reflect the thinking of our Puritan ancestors? Here are a few general observations my students suggested with very little prompting:

Book banning and burnings are back in vogue, and librarians and teachers are subjected to threats against their lives if they teach unacceptable subjects. The rationale for these threats is often deeply ingrained in the Bible’s language, usually the Old Testament.

The Puritans largely ignored the New Testament’s message of love, tolerance, and mercy as it is today. Christ’s role in modern theocracies has been diminished even further, and his message is often relegated to that of an unwanted interloper.

The arts and literature have been gradually pushed to the very edges or even excluded from many modern K-12 and university-level curriculums. Literary classics have also been banned from classrooms and their authors silenced.

The roles of women in marriage and society are once again under attack. Some state governments are even debating what tests might be used to determine whether or not a woman is pregnant.

The separation of church and state is clearly under assault. Meanwhile, theocratic thinking reminiscent of earlier Puritan authoritarianism is increasingly common.

Today’s poor and homeless are often subject to abuse and condemnation, much as in earlier Puritan communities. Some homeless have been attacked and killed simply for living on the streets, the only available place. Simultaneously, income inequality has escalated to the point where the poor comprise a growing percentage of the nation’s population.

As was the case with their seventeenth-century predecessors, today’s Puritans are determined, or so it seems, to take control of our private lives.

As the Europeans would say, “There go those Puritans again.” 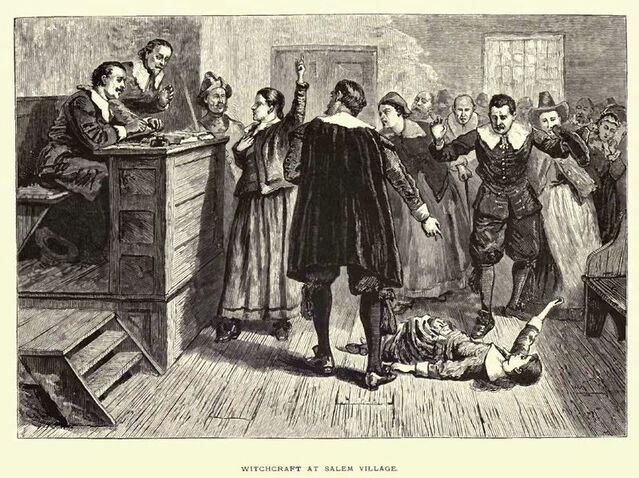