This nesting turtle kinda looks like the desiccated burger in the text.

A microaggression is often defined as some sort of subtle racial insult, often one that’s plausibly deniable as not racist. But this definition is complicated by the fact that people are treated badly all the time.

The day I wrote this, I had to wait for a ridiculous amount of time to pay $13 for a small, desiccated hamburger at an airport. Interestingly, this is exactly the type of incident that Sue et al (2007, p. 275) highlighted as a possible example of a microaggression: “When a Latino couple is given poor service at a restaurant…” Similarly, Nadal (2011) ) used this item to assess people’s experiences with microaggressions: “I received substandard service in stores compared to customers of other racial groups.”

When Is Bad Treatment a Microaggression?

But how can one tell whether any particular insult or mean-spirited act or statement is a microaggression or just a person acting badly that has nothing to do with race (or any other identity)? One definition of microaggressions (Sue et al., 2007) is “brief and commonplace daily verbal, behavioral, or environmental indignities, whether intentional or unintentional, that communicate hostile, derogatory, or negative racial slights and insults toward people of color.” Did they literally mean “daily,” or is it just a figure of speech? Sue et al. (2008, p. 278) clarify: minorities don’t “just occasionally experience racial microaggressions.” Rather, “they are a constant, continuing, and cumulative experience” in their lives. They are, per this definition, disturbingly common racial slights.

Another more recent definition is that these are “deniable acts of racism that reinforce pathological stereotypes and inequitable social norms” (Williams, 2020). This is quite a scientific statement. They are racist but deniable as not racist. They have clear causal effects—reinforcing pathological stereotypes and inequitable social norms. This would seem to require researchers to do the following:

Instead, I argue that the reverse occurs—some act is labeled a “microaggression” by one or more scholars, then all of the ills attributed to microaggressions are presumed rather than demonstrated. Then the act is heralded as scientific evidence of a microaggression.

The academic legerdemain by which the ills of microaggressions have been implicitly imported or declared by fiat rather than actually empirically demonstrated has been explored in each of the following articles (titles shown; all fully referenced at the end):

For example, Lilienfeld (2017) concluded that there is insufficient evidence to support any of these major claims by microaggression advocates: 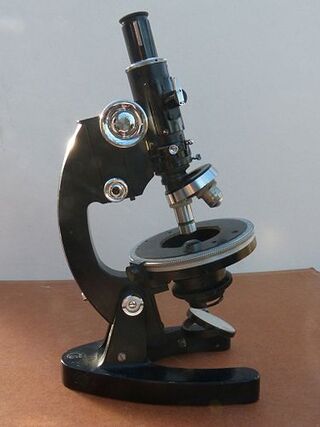 Some of the “best” studies often held up by microaggression advocates as establishing the validity of these main claims fail to do so. For example, in defending the microaggression concept in light of Lilienfeld’s critique, Williams (2020, p. 12) invoked a study by Kanter et al. (2017): it provides “important empirical support for something that diversity researchers knew all along—microaggressive acts are rooted in racist beliefs…” This was a small-scale study, including only 33 Black and 118 white students, all from a single university. These numbers are so small and so unrepresentative of any population that the entire study should be viewed as little more than question-raising, regardless of other limitations, of which there are many, as we elucidated in Cantu and Jussim (2022).

Williams (2020, p. 13) also extolled “Another important measure of microaggression frequency—the Racial and Ethnic Microaggressions Scale (Nadal, 2011), which was validated with a large sample of African Americans, Hispanic Americans, Asian Americans, and multiracial participants ” Whether anyone should take Nadal’s scale seriously, given its numerous limitations, is, however, another issue. For example, consider the item “someone avoided walking near me on the street because of my race.” This would require mindreading. Even since Bem’s ESP article helped trigger the replication crisis, mindreading has been widely recognized as impossible.

However, I argue that one does not need to criticize the methods to understand how damaging Nadal’s study was for claims extolling the frequency with which POC experience microaggressions. Respondents were provided with supposed examples of microaggressions and were then asked how frequently they had experienced such discrimination in the prior six months. For a vast majority of the items, most reported that they either had not experienced microaggression in the past six months at all or if they had, did so one to three times. In light of this result, I would argue that it’s difficult to characterize microaggressions as constituting a major social ailment. And that comes from taking his results at face value, which in itself may not be warranted.

Perhaps because we (Cantu and Jussim, 2022) highlighted the strange state of affairs whereby an article extolled as testifying to the importance of microaggressions actually found just the opposite, Williams recently highlighted a study (Anderson et al., 2022) as demonstrating that microaggressions are experienced very frequently by medical students. That is indeed what the authors claimed to have found: “Our first major finding was that medical students frequently experience microaggressions.” (p. 303).

Unfortunately, the authors’ claims notwithstanding, they did not assess “microaggressions.” They assessed variations on “How often do you think has someone been mean to you?” Here are just two items:

I am made to feel unwelcome in a group.

There is nothing about race or racism here (or in their other questions). These types of experiences have probably happened to everyone. To be sure, though, I have no doubt that people are subject to subtle insults, and that sometimes these are racially motivated. But if one wishes to know “how often?” one cannot possibly obtain much of an answer from even the supposedly best published psychological science on the topic.

Thus, it’s possible for peer-reviewed social science to create myths (much as I argue it has about stereotype threat and implicit bias) about the power of problems that it has not actually established to exist to any substantial degree.