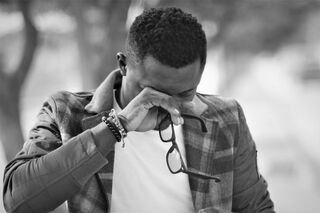 On average, it takes a victim seven attempts to leave before staying away from a partner for good. Exiting a relationship is the most unsafe time for a victim. As the abuser senses they’re losing power, they will often act in dangerous ways to regain control over their victim.1

My practice focuses on working with victims and survivors of relationship trauma, including domestic and intimate partner violence, as well as family trauma. While each story is unique and every survivor navigates their situation differently, I have noticed a common theme for why survivors do not leave.

A belief that it is “not that bad” or “could be worse.”

The lasting trauma from emotional and psychological abuse that I see has caused me much more concern than most instances of physical violence. While all abuse worries me, non-physical abuse often worries me more because it can so easily go undetected for so long: in some cases, not even the victims may be aware of it. Its ability to fly under the radar gives it more power to cause lasting damage.

I often have patients say to me, “I didn’t even know that what I experienced was abusive,” when we discuss their stories. Unfortunately, even had they known, few legitimate protections exist to stop it.

A fear that it will get worse if they leave.

Fears of retaliation are a real and present threat for many who are trying to leave unsafe relationships. Many victims worry that the perpetrator will harm their children, reputation, or career as payback for leaving or as a further part of their abuse.

Many single mothers have been threatened with the withdrawal of child support should they leave or report any abuse, leaving them with the difficult choice of having to move out on their own with no financial support.

A reputation or fear of not being believed.

When the trauma is mental, observers literally can’t see abuse, sometimes causing family members and social circles to choose sides. This is obviously much less likely if one partner has bruises or a bloody lip. Due to most abusers’ tendency to lie, or even point the finger back at the victim, many people do not know whom to believe until they see the behaviors for themselves.

Many men with whom I work report fears of not being believed, especially if their abuser is a woman. Due to cultural factors and expectations of gender, many men will feel shame and embarrassment when disclosing abuse, if they disclose it at all. Men sometimes experience additional shame in some religions or cultures due to the expectations of their roles.

A law enforcement and/or military spouse.

If one member of the couple or family is a law enforcement officer or member of the military, this can affect the comfort level of the victims with disclosing abuse. Sometimes this is due to a fear of retaliation and not being believed and sometimes this is due to the history of covering up domestic violence by these institutions. Couples with military affiliations will have additional concerns when reporting abuse to military personnel and will be at risk for disciplinary action or even discharge.

BIPOC individuals have frequently expressed a fear and distrust of the legal system, due to higher rates of incarceration or violence from law enforcement. For this reason, BIPOC clients may be more resistant to reporting abuse, disclosing violence, or sharing similar details in their relationships for fear that law enforcement could make the situation worse, or fears that they will not be believed.

A history of engaging in reactive or self-defense behaviors.

Many courts of law or police precincts will refer to such as striking back or screaming at the abuser in self-defense as “mutual abuse,” or even “reactive abuse.” However, due to its difficult nature to prove, it can sometimes be a deterrent to victims seeking support. As a result, many police officers or judges will dismiss cases of domestic violence or refuse to honor protection orders, viewing the case as “mutual abuse,” or seeing the situation as a domestic dispute instead of a crime .

In court, the judge is the last word in justice, but with non-physical abuse, justice is harder to identify. Judges know assault is wrong, a black and white answer. A bruise is sometimes all it takes to convince the judge of domestic violence, and rightfully so, but everything else exists in a gray zone. Harassment, stalking, and otherwise terrorizing a victim are all much more difficult to seek protection against—they exist in that gray zone. The legal system has no protocols for grey.

These past two years have already forced so many changes onto society, and domestic violence and how we handle the non-physical abuse that comes with it should be one of them. Not only did pandemic confusion make efforts to seek justice more challenging for victims of domestic abuse, but it also shined a spotlight on where the legal system was already failing them. If COVID-19 regulations are going to drive us to make major changes to the economy, education, and legal system anyway, my question is simple: Why not change it to something better?

Excerpted, in part, from my book, Invisible Bruises.

If you, or someone you know, is experiencing domestic violence or an unsafe relationship, call the National Domestic Violence Hotline 1-800-799-SAFE.