We all know that when you try not to think about something, you’ll think about it more. Most of us don’t pay much attention to the implications of it, but it is at the core of human suffering. The underlying neurological process reflects the “ironic effect,” a term coined by the late psychologist Daniel Wegner in the 1990s.1 He is the author the famous “white bears” paper on the paradoxical effects of thought suppression.2 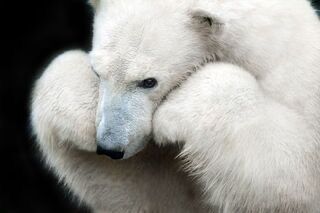 “Don’t turn the ball over!”

Which brings us to the Golden State Warriors, who have become an NBA basketball dynasty. There are many facets to winning a game, involving strategies and skills that are well beyond my comprehension. However, one aspect of winning is minimizing the number of times you turn the ball over.

Each time raises the possibility of a bad pass or having the ball stolen by the opposing team, giving them an opportunity to score. Decreasing ball turnovers involves a different energy than practicing free throws, shooting, conditioning, and ball handling. Since there are so many factors causing ball turnover, it is hard to find the formula to lower them, and it is distracting to have this goal in the back of your mind.

The Warriors are legendary for their ability to move the ball around quickly, and you would expect a higher number of turnovers. It was a topic prompting discussion in multiple public forums, and decreasing turnovers must have been a focus of the team. However, something I read in the newspaper one day caught my attention: The Warriors had decided to quit worrying about turnovers and just play.

It was inspiring to watch their performance improve. Not long after, they went on to win the NBA championship.

Their experience is a classic example of the ironic effect. Trying not to think of something not only causes you to think about it more, but it also sets off a documented trampoline effect2: You’ll think about it a lot more. Focusing on the highest level of performance is much different than “not trying to make mistakes.”

Skiing “not to lose”

My son is a world-class mogul skier and won the Junior Nationals championship in dual moguls two years in a row. He then hit many rough spots, including multiple significant injuries. One of them was a high-speed fall that caused his left shoulder to dislocate. He was moving so fast that he thought he was going to die as he hit the snow and narrowly missed a tree. He lost some of his edge of being infallible. He didn’t quit; he began skiing “not to lose.” Of course, at that level, you also can’t win. His efforts to improve kept getting sabotaged in spite of an incredible commitment to conditioning and practice. In the midst of a few more injuries, including nine concussions, he really struggled.

He engaged the expertise of an athletic performance coach, David Elaimy, with an emphasis on connecting with one moment at time and visualizing what he wanted to accomplish. He also understood the powerful effects of expressive writing, writing down thoughts and then destroying the paper they’re written on. It is an exercise that breaks up the need for mental control, which is the driving force behind the ironic effect and repetitive thought patterns.1

As he stood at the starting gate for his last attempt at qualifying for the US ski team, my son carved in the snow the word “fail” with his ski pole, then trusted himself to execute what he already knew how to do—ski at the highest level. He went on to ski the best run of his life and qualified for a shot at the Olympic Freestyle team. For other reasons, a skier who finished below him was chosen for the team. But he did it. He broke through and performed to his potential under extreme pressure.

What does this have to do with pain?

There are two separate but tightly linked areas of expertise involved in resolving mental and physical pain.

One is learning how to process stress by developing a working relationship with your powerful survival fight-or-flight response. By learning the tools to stop fighting it, you can place your attention on what you want to accomplish.

The other is learning to nurture yourself and actively create the life you want. Few of us have been taught these skills. Your nervous system and body’s physiology will shift from an activated defensive state to that of safety, with profound benefits to your mental and physical health.

Winning is not the same as “not losing”

By trying not to turn the ball over, your powerful unconscious brain is taking attention and energy away from what you desire. Focusing on what you want to accomplish is a more effective way of enjoying your life.

I have no idea whether the Warrior’s coaching staff was aware of the ironic effect. I am even not sure whether turnovers dropped much. But the switch likely allowed them to focus more attention on execution. 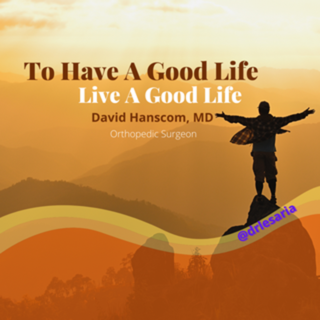 Successfully dealing with ironic effect has a major influence on people’s quality of life. I have witnessed hundreds of people heal. that way. Deep healing cannot occur while you are in a sustained defensive mode, in fight or flight.

Life is meant to be more than just surviving. Becoming a professional at living your life allows you spend less time feeling stressed and decreases your exposure to fight-or-flight physiology.

To win, you must practice winning.