I recently found myself in the dollrums. While carrying my very old and arthritic 50-pound dog up and down the stairs to my house, I injured my back and could not walk for almost three months.

During that difficult time, I did not know if my dedicated physical therapy program and daily stretches at home would get me back to walking and biking.

In that stressful state, I thought a lot about what my life had been and what my life might become in the future. Having confronted the uncertainties of diagnosis of and treatment for cancer, I was no stranger to the doldrums, 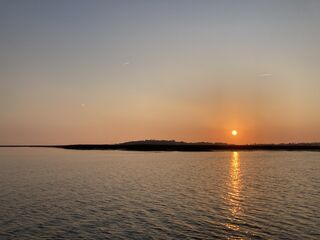 Where will the still waters of the Doldrums take us?

During my back injury doldrums, I turned to my field of anthropology which, for me, has always provided some answers to the imponderables of life.

During my cane-aided walks, I often thought about Claude Levi-Strauss’s writings. In his classic memoir, Tristes Tropiquesthe great French anthropologist devoted one section of it to “The Doldrums.”

In the era of the tall ships, vessels might linger for weeks in the doldrums. Sailors would wonder when the westerlies would propel them toward their South American destination. In the doldrums, travelers entered a space between things, a space from which it would be difficult to “turn back.”

Like the travelers of the past, Levi-Strauss knew that once he entered the doldrums, his life would be forever changed. For him, the doldrums became a creative state of existential reflection. He eventually landed in Brazil and, as fate would have it, became one of the most influential scholars of the 20th century.

The doldrums are an apt metaphor for the challenges many of us face in our attempts to stay well, particularly in a post-pandemic world. The dolldrums are also a metaphor for social life in a troubled world. Many of us find ourselves in precarious uncertainty that worries us about the future.

Many stressors today that did not exist in the past, fundamental challenges that leave us in the doldrums. Beyond the ever-mutating Covid-19 virus, there are the doldrums formed through climate change and ecological devastation.

How can we ignore the expanding presence of searing heat waves, persistent drought, water rationing, 500-year floods, glacier and ice-shelf melting, sea-level rise, coastal erosion, super storms, or lethal tornadoes? What kind of horrific future can we envision for our children and grandchildren in these circumstances?

In the dolldrums, you feel a certain helplessness. You are stuck in a directionless place and don’t know how or when you might emerge from it. While you must take steps to make changes, ultimately, you do not know where the returning winds will take you. In the dolldrums, you don’t really know what the world will look like when you finally reach your destination.

Living through the doldrums requires patience. Consider the Covid-19 pandemic a poignant example of life in the dollrums. The pandemic gives us a glimpse of a potential future that features new lockdowns, increased social isolation, and widespread fear of contagion.

The rapid rate of wilderness shrinkage compelled Ali Khan, the former Director of the CDC’s Office of Public Health and Preparedness, to issue a warning. He wrote,

The virus will quietly spread from rat to rat or squirrel to squirrel, year after year out in the jungle, and you’ll never know it except for the sporadic human infection. Then suddenly, out of the blue, you’ve got a new human epidemic on your hands (Khan & Patrick, 2016).

The prospect of an even more precarious future can devastate our personal and social well-being. Such a persistent prospect has brought on a state of ongoing social and personal stress—a dull, continuous head thump that relentlessly reminds us of our existential precarity.

How can we cope with such troubling issues and events? French philosopher Bruno Latour suggested a reconfiguration of social life, His latest bookAfter Lockdown (2021), argues that our past political, economic, and social practices have led us to a precarious cliff.

While his suggestions are global and dramatic, each of us can take more modest steps to secure our well-being in troubled times. Although we may be in the dolldrums, we can pay more attention to the practical wisdom of indigenous people who have long understood the difficulties and the positive potential of living through the dolldrums.

Sufi mystics long ago called spaces like the doldrums, barzakh—the in-between. As our troubled times suggest, the in-between can be chaotic and turbulent, but it can also force you to slow down, as many of us did during Covid-19 lockdowns, to think about where we’ve been, where we are, and where we might want to go.

In their engaging book, Hyposubjects (2021), Timothy Morton and Dominic Boyer argued that we do have the ability to break free of age-old patterns of social life to regain our humanity and reset our relationships with nature and with one another. They argued for less mastery and dominance and more modesty and collaboration—a path to a better, more sustainable, and viable future.

Reading their book compelled me to think about my field research in West Africa. During that time in the Republic of Niger, elders taught me many of the same lessons that Morton and Boyer suggested in their book. Much of their teaching focused on the importance of patience which, for them, requires the practice of deep listening (Boswell, 2017) 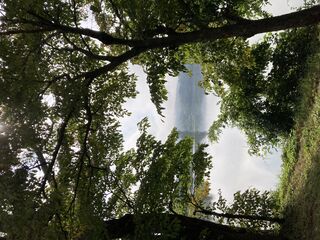 Attuning with nature and one another is a good way to negotiate the dollrums.

Despite living in hard to imagine ecological, economic, and social difficulties, Songhay people somehow manage to flourish. Their wisdom has sustained me through illness and trauma.

For me and adopting the practical wisdom of indigenous people like the Songhay is a path to a more harmonious future.

As we negotiate the doldrums, why not take a few moments to listen, think, and attune ourselves to nature and one another before the winds shift us onward toward an unknown destination.