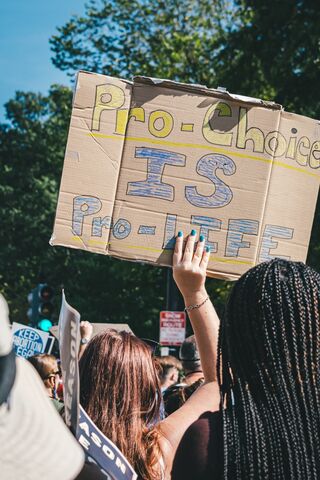 Deeply rooted in whose history?

Recently, the United States Supreme Court ruled that abortion was “not deeply rooted in the Nation’s history and traditions.” In doing so, they overturned almost fifty years of precedent with Roe v. Wade (1974) and Planned Parenthood v. Casey (1992). They ruled that such a right was not constitutionally guaranteed and could be legislated state-by-state.

When looking to tradition and history to justify an action, we need to consider not just who is being represented at that moment in history but the social context of that moment as well. Understanding the key role of social context as a driver of behavior leads social psychologists to ask: How did people behave then, and how is that different from how people behave now? These questions lead us to consider social norms and how those norms inform and influence our daily behaviors.

Our social norms are pro-birth—but our society is not.

The United States has, for better or worse, social norms that treat parenting as “normal,” and anyone who chooses not to engage in parenting is “abnormal.” The research argues that this ideological thinking has led to strong gendered roles. For example, individuals with uterus are expected to birth and nurture children. Things that violate our social norms—such as choosing to end one’s pregnancy—are therefore met with strong disdain and resentment, eventually leading to discrimination and violence against those deemed “deviants.”

With this frame, it is not entirely surprising to see Justice Thomas’s support (in his concurring opinion) for overruling other decisions that limited the rights of those once treated as deviant—gay marriage, contraceptive users, and privacy in our sexual intimate moments. The pervasiveness of these social norms is even evident in how psychologists study abortion research.

The measures in abortion-related research are ripe with questions that target morality, sexuality, affordability, and deservingness. Each bias we hold decenters the conversation from what the woman wants and what they can access to our personal views on the world.

Finding ourselves in a pro-birth culture, is access to reproductive healthcare at least equitable across persons, locations, finances, and physical ability? Unfortunately, psychological research has shown that it is anything but equal—those who are overweight face significant shame, skepticism, and fear when seeking fertility-based healthcare.

Rural individuals are met with limited information, high costs, privacy, and racial prejudice when seeking information about fertility. And individuals who are transitioning into their gender face the social pressure of doctors and family members pushing for fertility preservation. In the end, the conversation has never been about choice. Only a subset of individuals has truly had full freedom of choice regarding reproductive rights—those who are well off, white, and in urban areas.

No one is ready for the increase in unwanted children, including the children.

Is society ready to handle the influx of children that will come from this decision, as women will be required to bring fetuses to term, risking their health, well-being, money, and livelihood for the “State’s interest?” The Court noted—and supporters of this decision will point to—adoption as a suitable alternative.

What are the outcomes for children whose mothers are denied abortions and raise the children themselves? One research study followed 220 Czechoslovakian mothers who were twice denied the right to abortion, so they birthed and raised the children. The study matched their (unwanted) children with another (wanted) child paired by age, gender, birth order, sibling number, class, socioeconomic status, and parental make-up of the family. 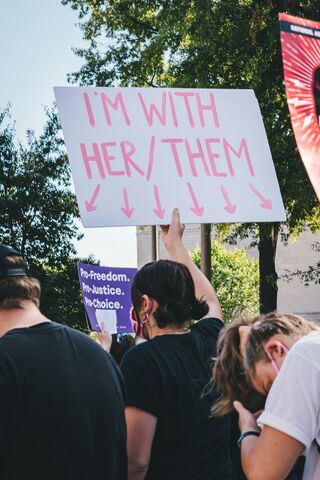 Those who seek abortions do so for various reasons.

The women seeking these reproductive services are not a single group of individuals. Research shows that nearly one out of five individuals who sought abortions were married.

Only 17 percent of those married women did not have children. As a whole, only 27 percent of stated that they did not want to have any (more) children, suggesting that 73 percent were interested in having more children at a later date.

This suggests that abortion is not necessarily a violation of our misguided parenting norms; instead, it is simply a delaying choice. These individuals are likely simply trying to fully engage in the social world of the United States, evidenced by a recent Census report showing that women’s income severely drops and never fully recovers after having a child.

Depending on the state where a woman lives, this decision turns women’s work aspirations into forced labor of becoming a birthing vessel. This language may seem dramatic, but it is essential to remember that when we start from the social norm of “women’s role is to give birth,” we discount all of the other opportunities they should be able to pursue. Society forgets all of the other talents women will no longer be able to pursue, many that would be for our collective benefit.

Maybe even more important, we ignore how those choices are not choices for all—many cannot afford to travel, cannot educate themselves on sexual reproduction, or are turned away from fertility services if they do not fit our prescribed definition of “normalcy.” We should fear not just the outcome of this decision today but the effects of this decision on future court cases moving forward.