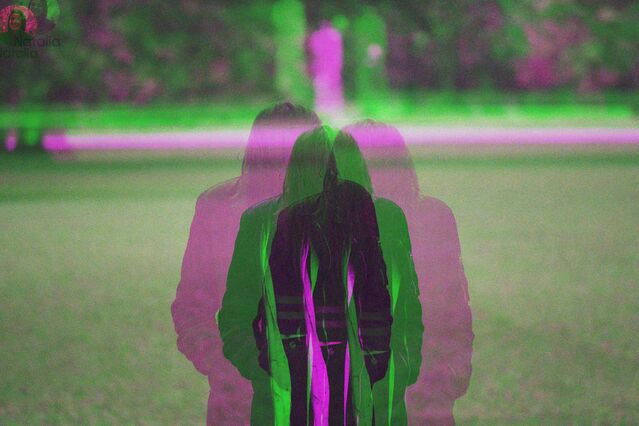 A common concern about seeking mental health treatment is the worry that if a person gets better, they won’t fully be “themselves” anymore. The line between personality and psychiatric disorder is blurry for many, and oftentimes people try to argue away their disorder by recategorizing their symptoms as an integral part of who they are.

We might have to define the “Self” before we begin to identify what is maladaptive to our well-being.

The Science of the Self

The “Self” is a concept divided by science, philosophy, and even psychotherapy. There is a general consensus in neurobiology; however, that thinking about oneself, self-reflective thinking, and self-referential thought pertaining to the body or the history of one’s own life can be seen in certain brain regions.

That region is known as the default mode network (DMN) (Philippi, 2011). Damage to the DMN has been shown to disrupt autobiographical memory (Philippi et al., 2015), while mind wandering and symptoms of psychiatric disorders like PTSD are associated with the DMN (Philippi et al., 2021).

Continental philosophers may develop a more theoretical view of the self, referring to this concept on three levels (Nelson, 2009):

Psychotherapists working under therapy models such as Internal Family Systems may refer to the “Self” (referred to as Self-leadership) as a more spiritual and mindful trait (not an entity or cluster of brain regions) that exhibits compassion, creativity, and acceptance. As proposed by the model, Self-leadership is negatively correlated with psychopathology symptoms such as depression and posttraumatic stress disorder (Myers et al., 2020). The higher the levels of Self-leadership indicate a weaker presence of psychiatric symptoms.

This debate is not exactly settled among academics, but there seems to be a general consensus that a stable sense of “Self” involves a natural acceptance of where the boundary occurs between one person’s body and the life experiences of others.

Agreeing on these new definitions may be more tricky as the world struggles to understand pathological symptoms with natural phenomena in this very new science. That leaves many people searching for an explanation that can give truth to symptoms as negative coping skills that are disruptive to daily functioning yet adaptive to one’s adverse environment. For example, the acceptance of psychiatric symptoms like delusions or hallucinations may be repurposed as an adaptive strategy from adverse childhood experiences to better understand the self, but it may not directly be defined as a stable trait of who a person is (which is better recognized as likes and dislikes, hobbies, and life experiences).

The Self and Psychosis

Researchers agree that the beginnings of psychosis are marked by the withdrawal from the presence, which indicates how aware or related you are to your own world and environment (Nelson et al., 2009). This can include feeling withdrawn from one’s own life, thinking you’re watching a movie of your life instead of living in it, the disappearance of identities such as in your hobbies and favorite activities, feeling different than others, and feeling like no one really relates to you, the lack of affect, and more.

These symptoms may be commonly referred to as derealization, dissociation, and negative symptoms, which include avolition and anhedonia. Reality starts to fade, and hyperfocus on thoughts that may usually exist in the background evolves into delusions and hallucinations (Nelson et al., 2009). Furthermore, patients with schizophrenia are more likely to interpret distorted sound clips to read them in their own voice as an “alien” (outsider’s) voice.

While academics debate the definition of the Self, many people living with the disorder are awaiting answers. The cost of prolonging the symptoms of the disorder while waiting for a definition does more damage to the brain if the debate about illness is treated as an armchair philosophical problem rather than a health crisis. What can people do to integrate their symptoms and move beyond what is the self versus symptoms while this debate continues?

Distinguishing between Self and disorder may be easier than we think. Realizing that a natural human goal is to have a productive, fulfilling life may already narrow down the possible answers to how we should approach viewing psychiatric symptoms.

A researcher at Washington University in St. Louis named Robert Cloninger, who specializes in the science of well-being, argued that self-awareness is crucial to a sense of happiness and love, which have been indicated as signs of a fulfilling life (Clonginer, 2004). He stated that the traits of self-directedness, cooperativeness, and self-transcendence are crucial to a thriving life (Cloninger, 2006).

It would make sense that in order to thrive, you have to have a distinct concept of your self and your limitations. Psychiatric symptoms that detract from the ability to engage in self-transcendence and cooperativeness may be understood as helpful coping mechanisms, but ultimately not a long-term productive strategy for living a fulfilling life.

At the beginning of my recovery, I was always afraid of change. I was afraid that if I got better, I would be less creative and lose my ingenuity. Research shows that creativity is a distinct trait that occurs even without mental illness and can be cultivated, and I have even found that to be true (Gardner, 1993).

Ultimately, we want to practice acceptance and appreciate what our minds may do to keep us safe, but we may thank them and part with them when the symptoms are no longer serving us. With this attitude, perhaps we can see a better future for those suffering from psychiatric illness.