This entry continues my series on the immeasurable cost of America’s new justice system—characterized by the Supreme Court as “… a system of pleas, not a system of trials.” We will continue reviewing a case that provides prime examples of how this system can fail to produce just results. I started covering this case in Part I of this series last month.

Kerry Max Cook was convicted of the rape, mutilation, and murder of Linda Jo Edwards in 1978.

After 19 years on death row (and two more trials), he was released on bail in 1997 when the Texas Court of Criminal Appeals overturned his second wrongful conviction—released but not free.

On the day of juror selection for (what would have been) his fourth trial, the State offered Cook a no-contest plea for time served. If he accepted the plea (without admitting guilt), he could put prison behind him permanently. A no-contest plea had never been offered in a Capital Murder case in Texas. The judge gave him just 30 minutes to decide, and he reluctantly accepted. Cook said at the time, “I am simply unable to overcome the Smith County police and prosecutorial misconduct that continues to falsely convict me….”

Notably, he had rejected every other offer the State had extended because he adamantly refused to admit guilt.

A Mountain of Exonerating Evidence

Two months later, DNA test results revealed that semen excluded on the victim’s underwear Cook and matched the profile of a man who had denied having sexual contact with the victim for weeks prior to her murder. That man, James Mayfield, had engaged in a locally-notorious affair with the victim, ultimately costing him his job and reputation shortly before the murder.

Yet, prosecutors responded by stating that it simply revealed what we already knew—that Edwards and Mayfield had a sexual relationship. This statement contradicted Dobbs’ previous statement to the press, indicating that the semen “could only have been left by the killer.” From the beginning, prosecutors and police dismissed Mayfield as a suspect because he claimed he had a father/daughter-like relationship with the victim.

In 2012, Cook’s new legal team filed for more DNA testing on 15 crime scene items. Over two and a half years, the results of these additional tests were revealed: Cook’s profile was consistently absent, and the present DNA profile further implicated Mayfield as the true murderer.

The Smith County District Attorney finally agreed to drop Cook’s conviction, but only if his legal team would withdraw their allegations of prosecutorial misconduct: meaning that the prosecutors that pursued Cook relentlessly, David Dobbs and Jack Skeen, would be let off the hook. They would not be held accountable for any misconduct that led to Cook’s two previous wrongful convictions. In a 13-minute hearing, a Texas judge finally agreed to recommend that Cook’s conviction should be put aside in 2016, opening the door for a new trial.

Some believed this hearing ended Cook’s legal nightmare, but Cook has yet to be legally exonerated or declared “actually innocent.” His name remains notably absent from The National Registry of Exonerations database—a page providing a comprehensive record of all known exonerations of innocent criminal defendants in the US

A Change of Guard

Days after hearing this, Cook fired his legal team (severing connections with the Innocence Project of Texas) for dropping documented claims of prosecutorial misconduct against Dobbs and Skeen—and for making a compromise that he was unable to make himself.

Cook has refused to settle for anything short of what he is owed: a full declaration of his innocence and accountability for Smith County. This is the battle he has fought for over forty years.

His new attorney had 12 days to educate himself on a 39-year-old case and prepare an actual innocence argument for the judge. The bar was high. His attorney would have to prove, by clear and convincing evidence, that no reasonable juror would have found Cook guilty in light of the new evidence. But, the arrangement Cook’s previous legal team made with the Smith County District Attorney weakened his case for actual innocence.

The judge later denied the claim on July 25, 2016. Nearly six years later, the final decision still rests with the Texas Criminal Court of Appeals (CCA). If the CCA also denies the claim, Smith County could choose to try Cook again. 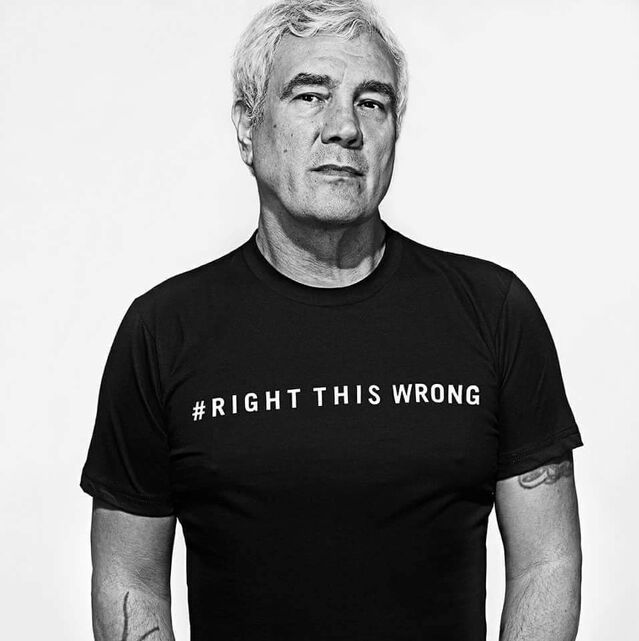 Numerous journalists, legal scholars, and attorneys have cited repeated instances of police and prosecutorial misconduct in Cook’s case; the CCA stated that prosecutorial and police misconduct has “tainted this entire matter from the outlet.”

His latest writ of habeas corpus (submitted in 2015) stated the following:

Mr. Cook’s case is one of the most notorious capital prosecutions in United States history—both for the brutality he endured while spending more than twenty years on death row as a result of his wrongful convictions and for the judicially-substantiated pattern of state misconduct that repeatedly prevented him from establishing his factual innocence at trial.

Over the more than four decades that Cook has wrangled with the legal system, there are numerous obstacles with which he has been forced to contend. The plea offer he reluctantly accepted has unquestionably added to these obstacles.

Cook has never admitted guilt to the murder of Linda Jo Edwards, and no jury has convicted him since the DNA evidence has emerged (and most of the other evidence used in his previous trials has been shown to be a fabrication).

He has yet to be exonerated or declared legally innocent of the crime—an appeal still sitting on the CCA’s docket.

Reflecting on where his case stands today, Cook said,

The color of the American legal industrial system is green — the color of money. That is what determines who suffers and who doesn’t. In my case, I wasn’t just fighting against mind-boggling misconduct, but against the very lawyers who were representing me trying to get them to fight for me. As long as lawyers go along to get along sacrificing justice and accountability, the system will remain broken and unfixable.

Cases like Cook’s will continue as long as there are laws allowing prosecutors to obtain convictions without guilty pleas or guilty verdicts. For further evidence, read about the plea deal the West Memphis Three were forced to accept.

Also, for more information on Cook’s case, read his absolutely gut-wrenching book, Chasing Justice (which I finished in less than 24 hours).