The Batman makes it possible for Pattinson’s Dark Knight, Catwoman, Penguin, and the Riddler to get more comic-accurate costumes in a future sequel.

Warning! SPOILERS for The Batman.

Matt Reeves’ The Batman may have already teased how Robert Pattinson’s Dark Knight and other characters will acquire more comic-accurate suits and gear. In keeping with The Batman‘s extremely grounded take on the Batman mythos, the tools and attire the characters use in the movie prioritize practicality over comic accuracy. Gone are the Riddler’s branded hat and cane, as well as the Penguin’s top hat and monocle. Still, these kinds of iconic symbols can eventually arrive as part of their character development.

Comic accuracy is not a simple matter, as it is not limited to how similar live-action adaptations of famous DC characters look compared to their comic book counterparts. It also involves the actors’ ability to embody their characters in terms of personality, as well as how the characters build upon multiple decades of comic book history with a fresh perspective. Hence, Robert Pattinson’s Bruce Wayne may not be the confident playboy many previous iterations have established, but his obsession with his Batman persona does go perfectly in line with what the Dark Knight represents.

Related: The Batman Pushes Joker’s Scars Much Further Than The Dark Knight

Batman and all the widely different inhabitants of Gotham will have more than enough time to evolve in future sequels and spinoffs to The Batman. For starters, The Batman showed how badly Bruce Wayne needs to upgrade his gliding tech after his early prototype brought him a close call with the police. His inability to dodge multiple shotgun attacks also calls for a Batsuit that retains the benefits of his bulletproof armor but also gives him a higher degree of mobility – one that does not weigh him down if he finds himself hanging from a ledge once again. Batman’s next Batsuit in The Batman 2 would need to be equipped with his iconic gliding cape and a sleeker armor closer to that of his most popular comic book looks.

How Catwoman, The Penguin, And The Riddler Can Get Comic-Accurate Costumes In The Batman 2

Similarly, Catwoman may find a way to replicate Batman’s recording contact lenses after learning how useful they can be. Since she does not have the same resources as Bruce Wayne, she might opt ​​for a makeshift version of her iconic goggles, which conceal her identity more effectively and could give her the option to record her fights and see in low-light situations. As for the Penguin, he may choose to wear more lavish clothes now that he’s free to take Falcone’s place in the Gotham crime empire. When Bruce Wayne visited Carmine Falcone, the sick boss was telling the Penguin how expensive his clothes were. Although the Penguin may not wear a top hat and a monocle, he could attempt to replicate his former boss’ status symbols with a bit of his own style in the form of a tuxedo.

The Riddler’s defeat at the hands of Batman means that he won’t have to go out of his way to hide his identity anymore. In fact, the Riddler’s new friendship with the Joker may give him an inclination for theatricality, starting with the use of the “riddle me this“ catchphrase the Joker already introduced to him. The Riddler’s calling cards may become more elaborate, and his question marks may become more ubiquitous.

Not only do these upgrades honor the characters’ famous appearances from the comics but they also become a sign of their evolution within the world of The Batman. The first installment established their place within Gotham, giving the audience solid reasons to root for or against them. Future sequels and spinoffs will certainly follow them as they transform into more well-rounded versions of their comic book counterparts, and their acquisition of trademark costumes and accessories will work as landmarks.

More: The Batman: Joker’s Riddle Has A Secret 2nd Meaning That Changes Everything

Henry Cavill As Wolverine Looks Like A Horror Movie Villain 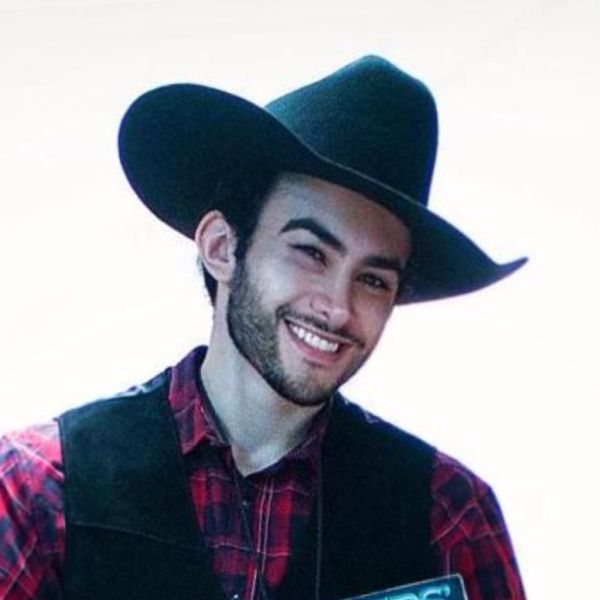 Nicolas Ayala is a Movie Features writer with a passion for blockbusters and big-screen adaptations. A professional screenwriter, Nicolas dives deep into the storytelling aspects of Hollywood’s latest hits (and bombs). He loves all things Marvel, DC, and ’80s action flicks (Demolition Man has a special place in his heart). The cheesier the movie, the better. With a knack for photography and digital post-processing, Nicolas creates many of the eye-catching images featured in his Screen Rant articles. He also works as a Hiring Manager for Screen Rant’s Lists and Movie / TV Features sections, and he loves every second of it. When not working, Nicolas is writing fiction, learning languages, producing music, cosplaying, and dreaming about a Dazzler & Squirrel Girl TV show. He once met Nicolas Cage and Hugh Jackman, and he accidentally directed the short film versions of “Don’t Breathe” and “Man vs. Bee” years before the actual movies were released. What a shame he did not release them!