Cinema history has often been witnessed to car chases in its movies. With the use of practical effects, and with advancements in cinematography and filmmaking, car chases look more action-packed than ever.

However, it is the film’s crew that makes these sequences what they are, from the director, the stunt coordinators, to the editor. Car chases, when well-shot and well-paced, have the potential to be memorable, even decades after the film’s release.

Goldeneye is known for being one of the best Bond films in the franchise and marks the first appearance of Pierce Brosnan as the titular character of James Bond. The film was the first Bond film to be released since the fall of the Berlin Wall and the end of the Cold War, along with the fall of the Soviet Union. Further, Judi Dench was cast as M, replacing Robert Brownmaking her the very first M played by a woman in the series’ history.

Although various stunts were employed during the film’s production, the largest sequence in the film was the tank chase, which was driven by Brosnan’s Bond. In the scene, Bond is attempting to rescue Natalya (Izabella Scorupco), who has been kidnapped by Colonel Ouromov (John Gottfried). The chase took approximately six weeks to film. The chase was filmed partly on location in St. Petersburg in Russia, and in the backlot of Leavesden, a film studio. An actual tank was borrowed on loan and was retrofitted to prevent damage to the streets of St. Petersburg. 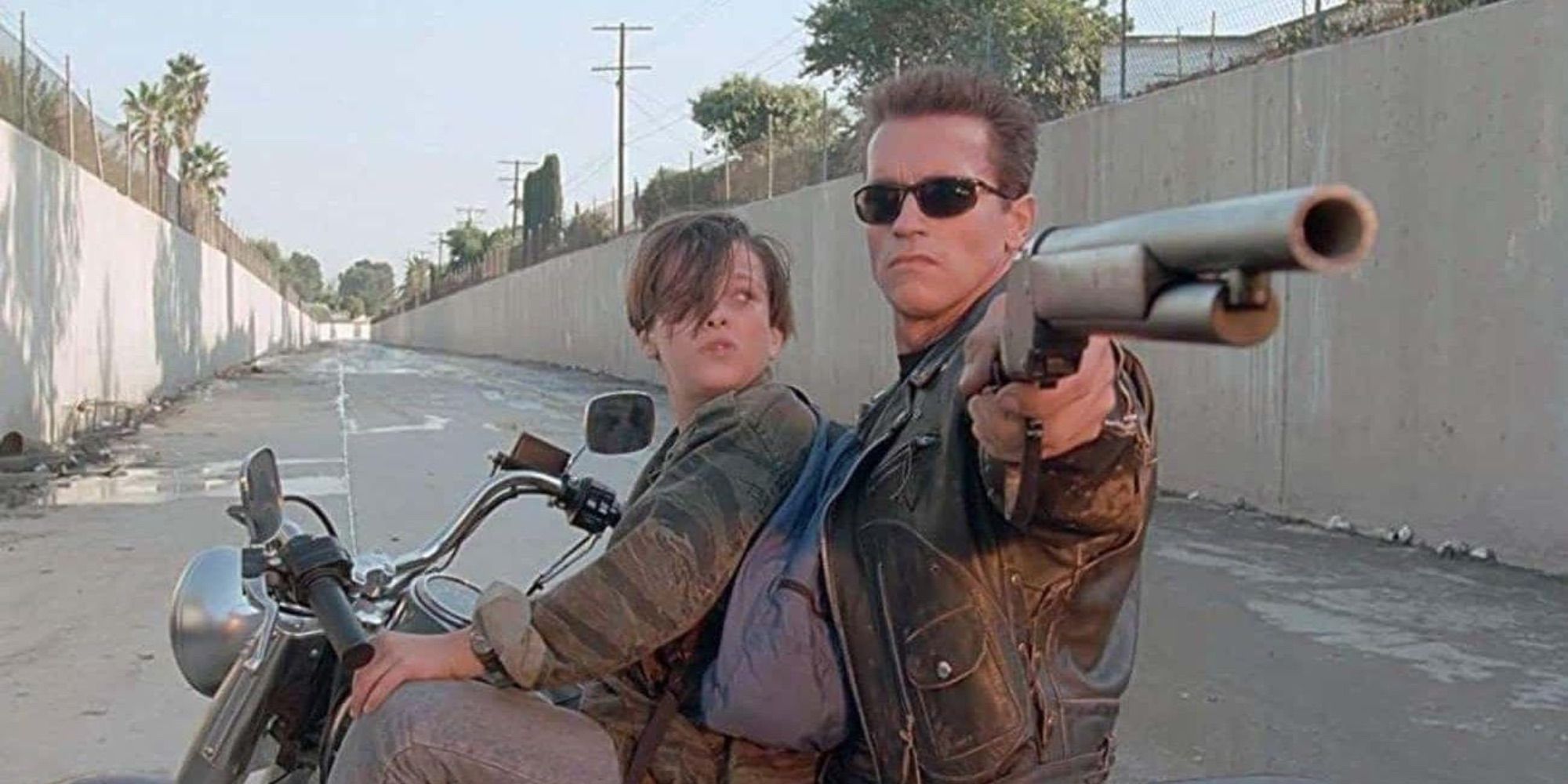 Considered one of the best movies in the franchise, aside from the original movie itself, Terminator 2: Judgment Day saw the return of Arnold Schwarzenegger and Linda Hamilton in their respective roles. In the film, a reprogrammed T-800 Terminator is sent with orders to protect John Connor (Edward Furlong) from the T-1000 (Robert Patrick), an advanced, shape-shifting Terminator. During one sequence of the film, the T-1000 advances on John who is attempting to flee on a bike.

Also in pursuit of John is the T-800 on a Harley-Davidson. Director James Cameron brings sheer intensity and excitement to the sequence that leaves the audience on the edge of their seat. As the T-1000 assertively smashes his truck through everything in his path, the T-800 swiftly follows from above on the highway, bringing a satisfying ending to the scene when the T-800 is able to rescue John. 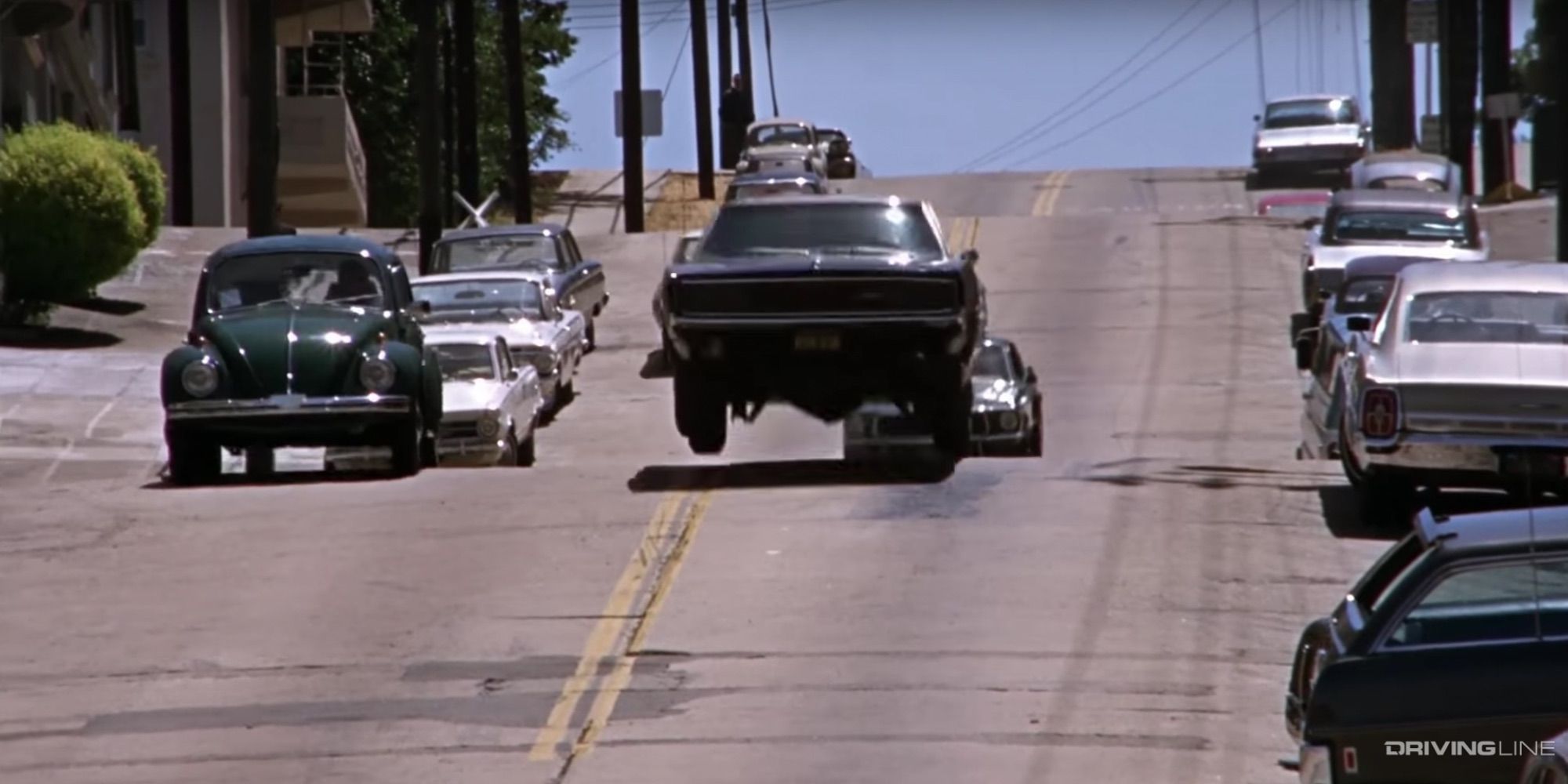 Bullittstarring Steve McQueen, Robert Vaughnand Jacqueline Bisset, features one of the best car chases in cinema history. Taking place in San Francisco, the film follows McQueen as Frank Bullitt who embarks on a nearly 11-minute car chase through the hilly streets of San Francisco. In the film, McQueen maneuvers a 1968 Mustang GT fastback as he is chased by two men driving a ’68 Dodge Charger.

The car chase took approximately five weeks to film, and completely revolutionized the standards of car chases in film. The scene excited and invigorated car enthusiasts as well as its general audience. Most notably is the fact that McQueen was behind the wheel of the Mustang GT for much of the filming, with stunt drivers used in other scenes. The Mustang, which was provided on loan to the studio, was retrofitted to meet the demands of the chase, with speeds being reported as high as 110 miles per hour. 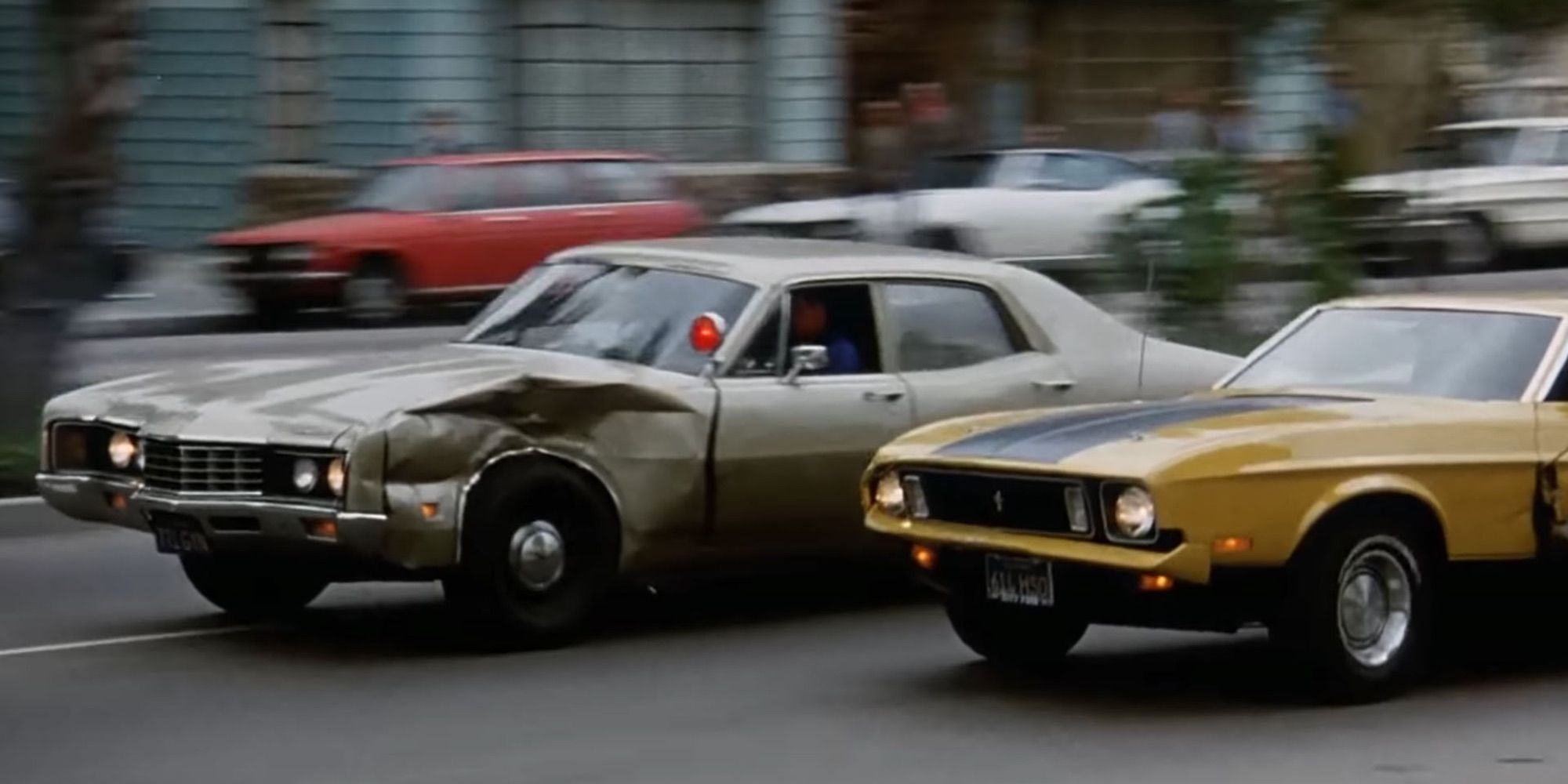 Though a remake was released in 2000 starring Angelina Jolie, Nicolas Cage, Giovanni Ribisiand Robert Duvall, the original film released in 1974 contained one of the most spectacular car chases seen on film. The film was produced with a budget of approximately $ 150,000, but was incredibly ambitious with the car chase sequence.

The film follows an insurance investigator who is also a car thief. The plot involves the thief, who is given the task of stealing over 40 cars within five days. This ultimately leads into the car chase, which clocked in with a 40-minute driving sequence, the longest car chase in cinema history. Additionally, the cars that are destroyed throughout the chase were all purchased for approximately $ 200 each, with over 90 cars being destroyed. The sense of danger the chase sequences create, along with the driving done by actor and director HB Halickimakes this a thrilling car chase to remember.

RELATED: Every Mad Max Film Ranked From Worst to Best

Fury Road is also most known for its car chase scene which was shot using mostly practical effects with real cars and stunts. In the climax of the car chase in the film, and the most dangerous stunt, the War Rig is wrecked by Hoult’s character, and was done using practical effects. On set, hundreds of crew members were present in order to assist with the various stunts in the film, in addition to the climactic car chase.