If man has no tea in him, he is incapable of understanding truth and beauty.
Japanese Proverb

Every day we engage in various healing and comforting rituals. These activities can have an important positive effect on our overall well-being. One of my favorite rituals is drinking a glass of tea any time of day or evening, especially as a mid-afternoon energy booster. My father’s favorite expression in his adopted language was “no tea, no nothing.”

It is something we so powerfully associated with him that it is even engraved on his burial stone. It was a sentiment that aptly expressed his thoughts about most life experiences. He would often say he would rather not have food to eat than have no tea to drink. Nothing was fully enjoyed or experienced if a strong glass of tea did not accompany it. 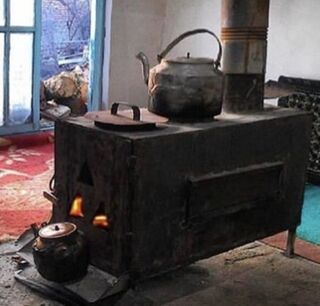 The Soothing Power of making Tea

During my childhood, Persian rituals of hospitality involved, first and foremost, tea offerings. Long-held customs, especially the custom of hospitality or “Tarof,” a custom where a visitor is repeatedly offered food and drink. Which at some point must be accepted out of politeness, is punctuated by the offering of a glass of tea and the art of drinking tea.

One might be in a rush or disparage traditional customs of hospitality, but a small fresh glass of strong Iranian tea is always appreciated. The preparation is itself ritualized. It is traditionally made in Samovar, an electric one in more recent years. Once it has steeped, a small strong amount of tea is poured into a glass, followed by water to dilute the strength of the tea.

In my home, as in most other homes, regardless of rich or poor, tea was brewed in the morning and kept warm and refreshed in a samovar, ready to be served. The ritual of serving and drinking tea led to a moment of peace, a break, a conversation, and a human connection, something that is often lacking in our post-pandemic times.

My childhood memories are indelibly marked by sitting in family groups, drinking tea, laughing, and telling stories, a glass of tea easing any potential conversational tensions.

In Iran, where I spent much of my childhood, tea is served every day, all day, usually in small glasses with cubes of sugar on the side. It is a centerpiece of my memories of “home.” In Iran and many other cultures, tea is not only a refreshing drink but also a tonic for a life’s ills and a celebration of life’s pleasures.

Tea originated in China more than 2500 years ago. It has always been associated with healing properties and is a staple in present-day complementary medicine. Drinking tea for medicinal reasons and pleasure made its way to Europe in the sixteenth century by the Portuguese.

England, perhaps the west’s most enthusiastic Western tea-drinking nation, first adopted tea when it was advertised as “medicine.” Next to water, tea is the second most consumed beverage in the world.

In the US south, where I live, part of the time, during the hot summer months, tea, often “sweet” tea, is perhaps the most appreciated refreshing drink consumed at every meal and for morning and afternoon breaks. Just as the English are famous in Western culture for their “tea-time,” an afternoon break where people stop what they are doing and sip tea and maybe biscuits and engage in pleasant, idle conversation for a few moments, in many places around the world tea breaks serve as a respite throughout the day.

Teatime provides much-needed breaks from physical labor or hours on the computer, perhaps a few moments of conversation, connection, peace, and civility.

Taking a tea break is a custom I appreciated in early life and gratefully carried with me throughout my life. It has served me well. When I am anxious, stressed, overwhelmed, or unable to sleep, making a glass of tea and slowly sipping it has been one of the best medicines.

Of course, I am not alone in my appreciation of the medicinal power of tea. Over the past several years, I have interviewed a wide range of older men and women about their well-being. In response to a question about comforting times and rituals, a surprisingly large percentage of the people I interviewed have mentioned taking a break and making tea or coffee, perhaps a particular brand made in a particular way at a particular time of day.

I have often written about the healing power of taking time for conversation, a glass of tea or a cup of coffee, or a walk in nature. It is never more important for us to take advantage of these comforts than at this time in history when we face post-pandemic stressors and climate change concerns. An appreciation of daily activities that can ease our tensions can be an important part of promoting our well-being.

Rituals take many forms, prayer, singing, chanting, telling stories, walking, meditating–anything that is repeated with some regularity and has meaning for the person performing it. Rituals, of course, have existed throughout history.

They have long been a part of the religious and healing ceremonies around the world. They are practiced in some form in business, politics, sports, and almost every area of ​​life. Rituals, however, have not received much attention in psychology, except in clinical psychology, where they are often studied as distress management behaviors.

Rituals are fundamental to the human experience and build and reinforce meaningful cultural practices and traditions. For immigrants, for elders, rituals keep us connected to a culture we may have left behind. They keep past activities and experiences alive even as they promote our well-being in the present.

For me, rituals such as making and drinking tea have not only reinforced a shared identity but have provided me with solace and comfort in difficult times. Regardless of the rituals we practice, engaging in them also gives us a degree of control in a chaotic world.

They connect us to something greater than ourselves. Rituals tie us to our history. They trigger personal and collective memories of the past, of people who may no longer be with us.

They remind us of places we call home.