Superman & Lois showrunner Todd Helbing has addressed the series’ links to other Arrowverse series, discussing whether future crossovers could happen. Tyler Hoechlin and Elizabeth Tulloch took on the roles of Clark Kent / Superman and Lois Lane in prior Arrowverse series before the show was commissioned in 2020, eventually getting their own solo series which saw them raise two young sons. Superman & Lois season 3 was recently confirmed by The CW.

Following the success of other iconic DC heroes’ television series such as Arrow, The Flashand Supergirlthe Man of Steel was finally introduced into The CW’s Arrowverse franchise in 2016. After a number of nods and teases through Supergirl season 1, Hoechlin was cast as DC’s most recognizable character in a recurring role in season 2, with more of Superman’s surrounding mythology being introduced in later series and crossovers, such as Jon Cryer’s Lex Luthor in season 2, and Tulloch’s Lois Lane in the 2018 crossover “Elseworlds.“However, the crossovers stopped there for the series, after the recent Superman & Lois season 2 finale controversially confirmed that the series is not set in the Arrowverse’s main continuity.

Related: Everything We Know About Superman & Lois Season 3

In an interview about Superman & Lois‘place in the wider Arrowverse with Entertainment Weeklyshowrunner Helbing addressed if future crossovers could take place with Superman & Lois. When asked whether the series’ isolated story would restrict crossovers with other Arrowverse series in the coming seasons, the showrunner said this may not be the case, citing how Supergirl‘s initial airing on CBS and isolated story did not prevent future Arrowverse crossovers. Check out Helbing’s answer below.

“No, not necessarily. I mean, Supergirl was on CBS and came over to Flash, and vice versa. We’re doing a comic book show, so it does not necessarily mean that this will never happen. I think the odds of it looking exactly the way that it has in the past are slim. But if there’s an opportunity, and if there’s a desire, I’m sure there are versions that we can do. “

Superman & Lois‘separate continuity revelations faced backlash following the airing of the season 2 finale, “Waiting for Superman.“In the episode, it was confirmed that the series did not take place on Earth-Prime, the setting where most of the previous Arrowverse series takes place. This addressed previous continuity discrepancies with other Arrowverse shows, while General Sam Lane (Dylan Walsh) referred to the existence of other worlds, and other versions of Superman. Superman & Lois season 2 finale, fans took to social media to express their confusion and disappointment at this reveal, since it seemingly hindered chances for future Arrowverse crossovers.

While the Arrowverse has gradually reduced in scope due to changes surrounding the future of The CW, Superman & Lois has continued to bring Superman’s mythos to live-action, adapting classic villain Bizarro (portrayed by Hoechlin) in season 2, and Tulloch teasing another impressive villain for Superman & Lois season 3. While season 2’s revelations about the series ‘place in the Arrowverse may have disappointed some, Helbing’s recent response offers hope that while possible crossovers may not share other shows’ narratives, crossovers could still be explored later in the show’s lifetime. The Arrowverse successfully adapted a large superhero universe for television, and Helbing’s comments assure that, despite cancellations and changes behind the scenes, that aspect has not been forgotten.

Next: Superman & Lois Confirmed NOT To Be Set On Arrowverse Earth-Prime 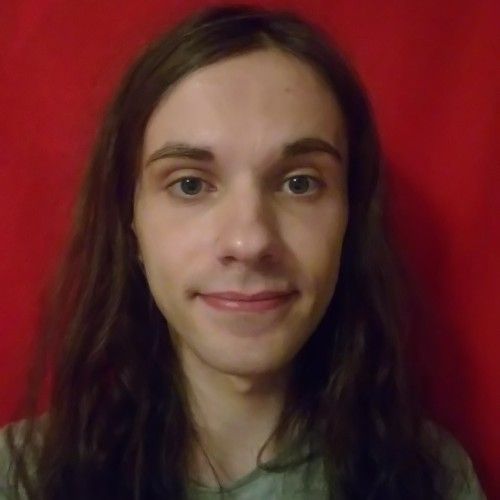 Nathan is a News Writer for Screen Rant with a wide-ranging interest in all forms of pop culture media, but whose fascination with storytelling began with film. After watching behind-the-scenes features and commentaries on DVDs throughout his childhood, Nathan would go on to learn more about production and writing, eventually graduating with a degree in Film Studies in 2021. Hoping to one day tell stories himself, Nathan is particularly. interested in how stories can affect people in ways that empower and inspire them. As well as consuming varied forms of media, such as film, television, video games, comics, and books, Nathan is also passionate about fan creativity, having grown up in fan spaces surrounded by various fan creations, such as artwork, stories, video. edits, and analysis. This has further inspired him to create his own pieces in tribute to his favorite characters and stories. A passionate collector and heavily invested fan, Nathan’s most notable interest is in the Star Wars franchise, but he is also fond of other series such as Marvel, Doctor Who, Final Fantasy, Persona, and the Kingdom Hearts franchise, leading to him knowing way. too much random trivia about each series.