Being single and wanting to be in a relationship can be challenging. You may feel pressure from friends, family, society, or even yourself to just find someone already. But who?

Dating can be expensive and exhausting. There is only so much time in the day, money in your bank account, and resolve in your soul to keep putting yourself out there for a potential partner who may or may not be the person you’ve been looking for. And don’t even start with the “biological clock” comments that often ring in the ears of hopeful, eventual parents like the beating of the Tell-Tale Heart.

Between Tinder, Bumble, OkCupid, Match, eHarmony, Coffee Meets Bagel, and so many other dating apps, the number of potential romantic partners at your literal fingertips has never been greater. Of these potential partners, who should you choose to date if you want a relationship that will actually work out this time?

Here come the waves of advice. Whether solicited or unsolicited, friends and family may echo one of two contradictory recommendations for your dating life.

So, which one is it? Luckily, psychology research has repeatedly tested this contradictory dating advice. When pitted against each other, are relationships more likely to form when couples are more similar or complementary?

The answer is overwhelmingly clear.

Date Someone Similar to You

One of the most robust findings from all of psychology is that similarity makes for good pairing. There is little, if any, evidence for opposites attracting.

Many researchers have assessed romantic couples across a variety of dimensions and found that couples that form lasting relationships often have marked similarities. Relationships are much more likely when couples share, for instance, similar height, weight, levels of alcohol use, education, religiosity, personality traits, values, physical attractiveness, ethnicity, psychological disorders, intelligence, political ideologies, and so on.

In fact, psychology researchers, R. Matthew Montoya, Robert Horton, and Jeffrey Kirchner conducted a meta-analysis of every study they could find that assessed the degree to which two people were similar to each other and how much they liked one another. They concluded that when meeting someone for the first time, or knowing them a short while, how similar someone else was predicted how much they were liked.

But what about newlyweds? If the goal is to find someone to eventually marry, what types of similarities should you look for in a potential partner?

What Types of Similarity Matter Most?

Psychologists David Watson, Eva Klohnen, Alex Casillas, Ericka Nus Simms, and Jeffrey Haig answered this question by recruiting a large sample of newlywed couples from eastern Iowa who had been married for about 5 months on average. They had each couple answer questions about their background, personality traits, emotionality, attachment style, religious and political attitudes, values, and intelligence.

Personality refers to how people tend to think, feel, and behave consistently across time and across situations. Emotionality refers to the extent to which people feel positive versus negative emotions (eg, enthusiastic, proud, nervous, irritable). Attachment style refers to how much anxiety and avoidance couples tend to feel in their relationship. Values ​​refer to how important people think things like family life, equality, ambition, and wealth are. And intelligence generally refers to people’s problem-solving ability and vocabulary. 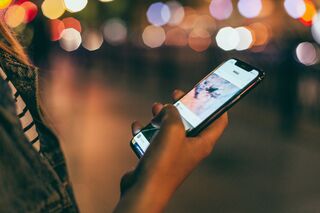 Dating apps increase the number of available romantic partners but it remains difficult to choose.

The findings revealed that newlyweds were matched on some traits much more closely than others. For instance, newlyweds tended to be very similar in age, religious attitudes, and political orientation. But they were only moderately similar in education, vocabulary, and intelligence and only slightly similar in personality, emotionality, and attachment style.

The researchers accounted for how long the couples had been together, so it was unlikely that couples became similar over time. Instead, it was more likely that they chose to date someone similar to themselves, especially in regard to age, religion, and politics, and then later married.

So, the next time you’re scrolling through potential dates, remember the importance of similarity. It’s not vain to date your mirror image when it’s backed by research.