Regardless of partisanship, most of us agree that the recent Supreme Court decision overturning Roe v Wade and stating that abortion is not A constitutional right has created an ideological uproar and a social media frenzy. I take no side in this contentious debate and could never pretend that a man could accurately know or understand female emotion.

However, as a motivation scholar who studies how beliefs impact behavior, I assert that the decision has universal implications beyond the ability to legally seek an abortion or control one’s body. The Dobbs v Jackson Health Supreme Court decision promotes subtle, yet profound complications for the overall success motivation of everyone, especially motives for professional development and economic prosperity. 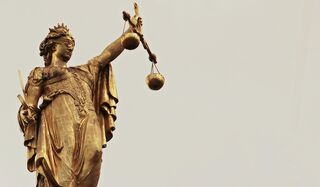 First, we should acknowledge the pervasive and powerful role of motivational beliefs and how those beliefs affect behavior. Motivational beliefs are defined as a set of ideas and values ​​accepted as true by an individual (regardless of evidentiary support), which influence the direction and intensity of behavior (Hoffman, 2015).

Examples of motivational beliefs include the assessment of your own intelligence and capabilities; your willingness to take responsibility for your actions; the degree of interest you have in an activity; and your belief in the importance or presumed likelihood of successfully completing a task.

The influence of beliefs on motivated behavior is widespread because ultimately, beliefs determine action. Motivational beliefs influence the goals we set, the effort we invest toward reaching our goals, and the extent of emotional investment we devote toward a specific cause or ideology.

Without a doubt, the consequences of having or not having abortion access will impact how we navigate relationships, finance, and careers. But exactly, how does a Supreme Court decision influence motivated behavior?

Perhaps the most powerful motivational belief is our perception of what influences our future and destiny. Sometimes referred to as “locus of control,” these attributions are typically dichotomous, implying that we either think that we have control over the outcomes we achieve (an internal perspective), or we are at the mercy of the world and others who determine our fate, an external perspective (Weiner, 2010).

When individuals interpret events such as court decisions and statutory laws as limiting, they are espousing external attributions. Conversely, those with internal attributions almost always take responsibility for their decisions, despite the outer obstacles.

While it is unrealistic to believe we can circumvent the law, the SCOTUS abortion decision creates frustration for many pro-choice proponents and promotes the belief that control over our lives is limited. External attributions create personal boundaries and impact the rigor of the goals we set, the effort and intensity related to achieving those goals, and our success expectations. When we expect success, we enthusiastically set goals and exert focused effort in the optimistic pursuit of a positive result. Conversely, when negative outcomes are anticipated, apathy, procrastination, or avoidance usually follow (Atkinson, 1964).

In turn, the behavior produces a corresponding set of emotions. Positive emotions generate energy and momentum. Negative expectations generate undesirable feelings and a corresponding increase in maladaptive motivation and reduced effort. In other words, it is highly likely that many feel repressed and defeated because of the SCOTUS decision.

One of the most ubiquitous areas of consensus in motivation research is the acknowledgment that all individuals have three basic needs to achieve optimal motivation (Ryan & Deci, 2000). These desires include the need to feel competent, the perception of being able to exercise free will, and the need for “relatedness,” which occurs when we bond with like-minded individuals.

An indisputable result of the SCOTUS decision is the fundamental elimination of the ability to choose if and when to terminate a pregnancy. The court by revoking discretion has annihilated fulfillment of the basic needs of competence and autonomy, which states that we become energized through self-assessments of our capabilities and will strive toward excellence to reach our highly valued goals.

To feel competent, individuals must also perceive the ability to exercise autonomy as a prerequisite to demonstrating their value and worth. Demonstrating autonomy allows for freedom of expression to feel self-determined and not controlled by the context of our efforts. Thus, the court by restricting options reversed perceptions of free will and diminished the pursuit of goal fulfillment. SCOTUS has unintentionally galvanized the actualization of the need for relatedness based upon the visceral reactions and protests of both advocates and dissenters of the Roe v Wade decision. Ironically, the ruling is bringing people together on both sides of the issue, despite the polarity of the decision.

The ruling disproportionally impacts females, minorities, and their loved ones

A litany of economic and research data suggests that choice is vital to equal opportunity. According to the Brookings Institute, abortion access “profoundly affects women’s lives by determining whether, when, and under what circumstances they become mothers, outcomes which then reverberate through their lives, affecting marriage patterns, educational attainment, labor force participation, and earnings (Myers) & Welch, 2021).

Legalized choice reduces teenage pregnancy (Myers, 2017) and maternal mortality (Farin et al., 2021), with a disproportional impact on women and minorities. Based on the Amicus brief filed in the SCOTUS case, childcare costs can account for one-third of total expenditures for women. Research also shows that choice reduces the number of unwanted children and reduces cases of child neglect (Bitler & Zavondy, 2002). Similarly, abortion access reduces the number of children receiving public assistance (Ananat et al., 2009). Thus, the SCOTUS decision has economic and psychological ramifications for just about everyone.

What it all means

The burden of the unwanted children while perhaps legally non-negotiable has unintended consequences. Humans have a proclivity to devote limited motivational resources to activities that are mandated. Lacking intrinsic motivation, we invest less effort and emotional horsepower in a task. Child rearing, despite the potential gratification, can be a huge unwanted psychological, economic, and emotional burden.

I implore all legislators, officials, and prospective parents to consider the critical factors described above before mandating life-changing decisions that broadly affect the lives of others. Regardless of your stance on abortion, we should acknowledge the impact of statutory rulings on motivational beliefs, because ultimately beliefs determine behavior and behavior impacts the prosperity of an entire nation.