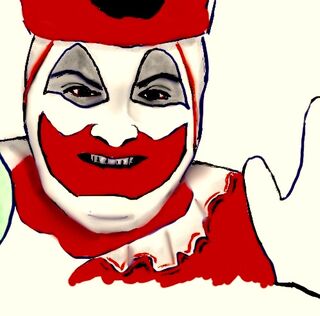 Recently, we’ve seen a rise in the number of seemingly “settled” cases being changed – even erased. Books, podcasts, scripted series, and documentaries are proposing new narratives, thanks to improvements in methodology, new revelations, or fresh interpretations.

It’s tough to surrender what we know from the first set of facts we heard, especially if we have an investment (eg, author, prosecutor, investigator). That’s our cognitive bias. But the cost is to rob later information of its due. I’m guilty of this myself. It’s natural to resist. But that’s like deciding not to update my GPS. Since some crime narratives were based on incomplete, hasty, or biased investigations, and we should give new information consideration. That’s how convicted-but-actually-innocent people get exonerated. That’s how cover-ups are exposed. That’s how cold cases once thought hopeless get solved.

It’s certainly true that unsolved or controversially solved cases will always attract people who want to take a shot at them, like Jack the Ripper, the Zodiac and the Colonial Parkway murders. I’m more interested in the reasons people return to a seemingly finished narrative to add to, change, or reinterpret it. Some revisions fall short by ignoring evidence, using poor logic, or grasping at straws. We can bypass those, but we should stay open to the possibility that we don’t really know what we think we know. Below I list some reasons for the momentum in revising our “known” crime narratives.

For media, it’s a no-brainer. To keep the massive true-crime audience intrigued, they need new cases or new ideas about old cases. So, HH Holmes becomes Jack the Ripper, an owl becomes the new suspect, or an infamous serial killer gets cleared. Some programs are just hype, but some provide a more complex picture or apply new procedures.

I got a taste for this when I served as the documentarian on an exhumation team run by the late law professor James Starrs. In his casebook, A Voice for the Dead, he re-examines questionable cases by digging up deceased people and applying new tests. He made enemies among historians, and even some team members questioned his conclusions, but he made us think. Was “Colorado Cannibal” Alferd Packer a heroic survivor of harsh conditions or a self-enriching murderer? Did CIA scientist Frank Olson kill himself, or did the agency “facilitate” his demise? Did Jesse James fake his death and escape, or is the real Jesse in his grave?

3. Add missing facts in service of justice and truth

One story getting a lot of attention is that of serial killer John Wayne Gacy, typically presented as a lone wolf sexual predator. Featured in The Devil in Disguise and The Clown and the Candyman documentaries, Gacy’s tale grows more complex. It looks as if three possible accomplices in multiple murders got off scot-free. Tracy Ullman, an executive producer for The Devil in Disguise, writes about it on her blog. Her show features Gacy telling former FBI profiler Robert Ressler that others were directly involved. He’s a known liar and therefore easy to dismiss, but there are some provocative records. David Cram and Michael Rossi had been working and living with Gacy for several years. Cram drew a map of Gacy’s infamous crawlspace and admitted to digging down there. Rossi, too. Could they really have thought it was just a “plumbing project”? A third potential accomplice, Phillip Paske, links Gacy to convicted sex offender John David Norman, the head of a national sex trafficking ring.

“Why don’t we ever hear about Paske?” Ullman writes. “Why does Terry Sullivan, one of the prosecutors from Cook County, have Paske listed in his personal case notes, but Paske never appears?” Sullivan does comment about Paske in the documentary but doesn’t really answer the question.

Ullman sums up her concern: “We are in the process, as a society, of finding out [that] a lot of public narratives served the causes of the people in power creating them. Myself and three others who spent nine years investigating the 1978 serial murder case of John Wayne Gacy discovered things that shot so many holes in the current narrative, it needs to be revised.”

With the advent of neurocriminology and evidence from brain scans that adolescents have deficient and highly reactive decision-making skills, cases that feature teenage offenders are getting a new look. Caril Ann Fugate, who was with Charles Starkweather in 1958 in Nebraska when he murdered her family and seven others, was just 14. Rather than being a wild and crazy partner as films depict her, she might have just been a scared, freshly-orphaned kid with no perceived way out. Starkweather, too, was 19, and suffered from headaches caused by a serious head injury.

The ID network will look again at the Menendez brothers, a pair of privileged young men who murdered their parents in 1989, to discuss the influence of alleged abuse on their acts. That’s not new, but we have more information now about the effect of trauma during childhood.

Some podcasts have generic true-crime themes (eg, True Murder), but some focus on one case so as to become the go-to resource and clearinghouse of all information about it (eg, Down the Hill: The Delphi Murders, This can help to organize complex details, develop new leads, attract witnesses who’ve never talked, pressure police to re-open cases, and provide victims’ families with the sense that others care. Things can also get territorial, however, as we’ve seen with the Zodiac and Jack the Ripper. In addition, the need to attract an audience can inspire exaggerated claims.

The science of justice evolves, but it can be hard to overcome the bias for established narratives. When we think we know the facts of a case, it’s difficult to shift this position. It means we don’t really know. But openness to new discoveries, witnesses, and perspectives is essential for justice to be served. While evidence and corroboration remain central to this process, we can’t let automatic mental sets or personal investment thwart new narratives that might better accommodate the full set of facts.