Early in May, a leaked draft of a Supreme Court document hinting at the overturn of the Roe vs. wade decision set the abortion debate aflame. The original ruling in 1973 affirmed women’s right to have an abortion before 12 weeks of pregnancy. However, since former President Trump appointed three new conservative justices to the Supreme Court, states have been passing aggressive laws banning abortions before 12 weeks to force the court to revisit the case. And finally, on June 24, the Supreme Court voted 5-4 to overturn the landmark ruling.

Regardless of where you stand on the abortion issue, history has shown us how restricting abortions might affect women and children. On top of that, research has also shown how to make unwanted pregnancies a lot less common, and how to support mothers who do choose life.

The United States is not the first country to contemplate restricting abortion rights. In the 1960s, the Romanian government adopted policies outlawing both abortion and contraception. The result was a massive increase in the country’s birth rate. To make matters worse for already struggling families with extra mouths to feed, austerity measures were put in place to help pay back some of Romania’s debt. These new policies resulted in a large number of abandoned children (approximately 170,000) living in Romanian orphanages (Zeanah, Humphreys, Fox, & Nelson, 2017). The orphanages were overcrowded, leaving infants and young children without proper care or support. The results were devastating, and children who were raised in these institutions experienced deficits across almost all areas of development, including physical growth, brain development, IQ, and social-emotional functioning.

One lesson we can take from this is that limiting access to abortion and birth control results in families having children that they can’t afford, which is a huge financial burden for both the families and taxpayers. Although there are no longer orphanages in the United States, poverty is still a pervasive issue. Over 6 million children—16% of all kids nationwide—were living in poverty in 2020. And poverty has significant negative effects on children. Children living in poverty are more likely to experience lower academic achievement, physical and mental health problems, behavioral problems, and social-emotional problems. Recent research even suggests that poverty can begin affecting an infant’s brain prenatally (Blair & Raver, 2016).

Importantly, according to a survey of women who had abortions in the US between 2001 and 2010, among other categories, was most common among women who are economically disadvantaged (Jones et al., 2002). So restricting abortion will likely hurt women who need it the most, and who are in the worst position to provide financially for a child. Thus, it’s important to support programs that help disadvantaged mothers—the ones who are likely to be affected the most by restrictive abortion laws—to provide for their children to mitigate the consequences of poverty on child development. 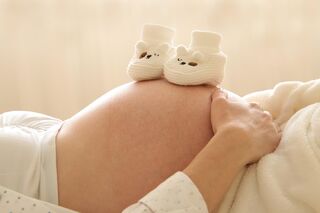 Besides providing support for new mothers to help them raise a healthy child, we also need to provide support for new mothers to help them have a healthy pregnancy, Even though I had very few health risks to speak of, I nearly died of a hemorrhage after having my second child, losing over half the blood in my body. If I didn’t have excellent health care providers, I wouldn’t be here to tell you this story.

Unfortunately, my experience isn’t unique. According to the Centers for Disease Control and Prevention, 700 women die in childbirth every year, and over 50,000 more nearly die, experiencing “severe maternal morbidity,” most often due to complications from severe bleeding. Surprisingly, the rate of maternal mortality in the US has been increasing, making it worse now than it was 20 years ago. The trend goes in the opposite direction internationally, with maternal death rates steadily declining in every other developed country (MacDorman, Declercq, Cabral, & Morton, 2016). And even when a pregnancy is healthy, women can experience long-term consequences from being pregnant, including chronic pain, increased risk of hypertension, cardiovascular disease and stroke, kidney stones, mental health issues, and many, many more.

If being pregnant can have consequences for women’s health, one priority needs to be ensuring that women have access to health care to make sure their pregnancies are safe. Under the Affordable Care Act (ACA), all individual and small employer insurance plans must cover maternity and newborn care—before and after the baby is born. However, in 2020, there were still over 31 million people in the US, including about 20% of pregnant women, who were uninsured.

So, although many of even the most conservative pro-life advocates agree that abortion should be legal in cases where a woman’s health is at risk, Every pregnancy puts a woman’s health at risk. Thus, it’s important to support programs that help all mothers have a healthy and safe pregnancy, which can only happen if they have access to health care.

Although Americans might never come to a middle ground on the abortion issue, perhaps we can work together on strategies that can help reduce the risks for mothers and children, and support strategies that are known to make abortion less commonand policies that support pregnant women who decide to carry their fetuses to term.

According to the CDC, half of pregnancies are unplanned. Importantly, research has shown that women who seek abortions after an unplanned pregnancy often don’t use effective contraception (Kozinszky et al., 2001). However, providing women with free contraception significantly reduces the rate of unwanted pregnancies and has the potential to reduce abortion rates by more than half (Peipert et al., 2012).

Finally, providing disadvantaged women who decide to have a baby with support is vital both for their health and the health of their children. And raising a child is expensive, According to 2015 data from the Consumer Expenditures Survey, a family in the US spends approximately $12,980 per year on each child for food, shelter, and other basic needs, and $233,610 to raise a child through age 17. This doesn’t even include the cost of college or early childcare. This is a huge financial burden, so policies for subsidized housing, food stamps, free childcare, paid maternity leave, and universal health care can help families enormously. Indeed, the likelihood of abortion is significantly lower when women have access to health care. And policies that support mothers by giving them financial support or paid maternity leave have been shown to have a clear and lasting impact on their children’s development, starting from infancy (eg, Brito et al., 2022; Troller-Renfree et al., 2022) ).

Abortion has always been a complicated issue, and it feels like strong proponents on either side will never find a way to agree. But whether we are fighting for the fetus’ rights or the mother’s, we do have something in common—we all care about families. Unfortunately, in many cases, lawmakers who advocate for abortion bans also advocate for policies that make unwanted pregnancies more likely to happen by limiting access to birth control and sex education. These same lawmakers also tend to advocate for policies that make it harder for mothers to choose life by limiting the number of resources available to women who need them to raise a healthy and productive child. These policies don’t have to go hand in hand; you can be pro-life or pro-choice and still be pro-family. I hope the pro-family choice is one we can all start making together.