Not all eating disorders (EDs) have symptoms related to appearance dissatisfaction. And more surprisingly, not all EDs occur during the daytime.

SRED is also more dangerous than NES.1 This is because people with SRED might consume inedible or toxic things, use cutlery, or try to operate kitchen appliances while asleep.

A second distinction is that people with NES are motivated to eat night because they believe it will curb their insomnia. In contrast, people with SRED are asleep and, therefore, have a different motivation for night eating.

Nevertheless, despite these distinctions, it’s possible for someone to experience symptoms of both disorders throughout the night. 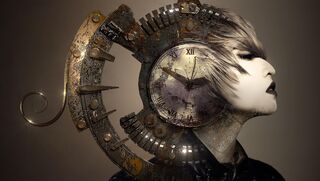 At first blush, sleeping and eating seem to be unrelated. However, both influence the body’s circadian rhythms.3

Circadian rhythms are 24-hour clocks in the body that keep our functions (eg, cognition, metabolism, physiology, and appetite) running. All functioning parts of the body follow these rhythms, meaning that anything from cells to tissues (eg, lungs) runs on a “clock.”4 These multiple clocks are controlled by the master clock (suprachiasmatic nucleus; SCN) located in the nerve cells of the brain’s hypothalamus.3

The SCN maintains our health by making sure our clocks stay synchronized.

However, some things can throw our clocks off, leading to psychological and physical illness.4 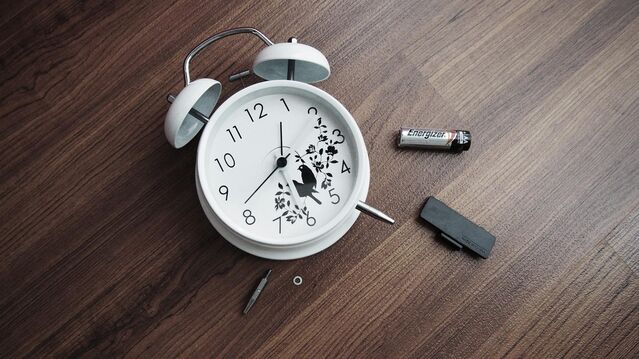 One way circadian clocks can become desynchronized is by changes in our leptin levels.5

Most people know leptin as the “fullness” chemical. When we eat, leptin levels rise, signaling for us to stop eating. What people might not know is that leptin also plays a role in keeping our master clock running.5

Researchers discovered this by removing SCN cells from a rat brain and recording their circadian rhythms after coating them in leptin. What they found was that adding leptin to the cells moved their clock forward by a few hours.5 This means that changes in our body’s leptin levels can throw off the timing of our master clock. 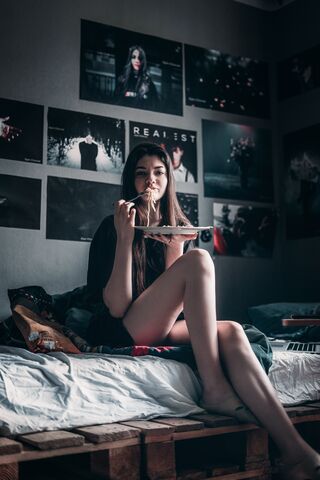 Leptin levels naturally shift over 24 hours; this keeps the master clock running correctly. For example, leptin levels increase at night to make us feel full and encourage us to sleep.5 People with NES, however, have unusually low leptin levels at night. These low leptin levels might cause insomnia and hunger in NES, motivating eating.5 This is because eating increases leptin levels, encouraging sleep and resynchronizing the clocks.

People with NES also have unusually low levels of melatonin at night.6 Melatonin is a body chemical that increases when it’s dark, and it is essential for keeping our biological clocks synchronized. It also plays a role in sleep maintenance.

Treatment for NES reflects these findings. Serotonin drugs (eg, SSRIs) have had success in reducing NES symptoms by resynchronizing sleeping and feeding rhythms.6

Dopamine is a body chemical involved in reward, pleasure, motivation, and physical movement. People with binge-type eating disorders might have dysfunction in dopamine brain processing in ways that give them heightened pleasure while eating. Dysfunctional dopamine processing might also increase the motivation to eat.8 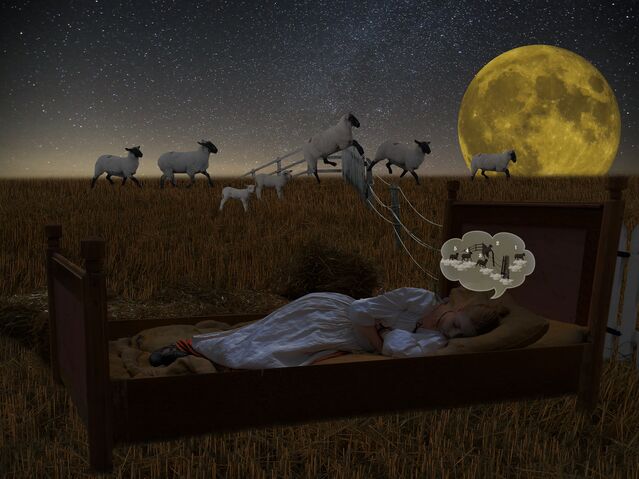 A study with two male participants diagnosed with SRED tested the role of dopamine in this disorder.7 In this study, participants’ sensitivity to and motivation for reward were measured. They also kept dream journals.

Results revealed that both participants were unusually sensitive to rewarding experiences. They were also highly motivated to seek out excitement and novelty, had voracious appetites, and a very eager desire to eat.7 This suggests that people with SRED feel a lot of pleasure from eating.

Participants’ dream journals further demonstrated this.7 It was found that participants had what they described as rewarding and exciting dreams, such as crossing mountains to get somewhere, on the nights they engaged in nocturnal eating. This suggests that people with SRED are also very motivated to obtain a reward. 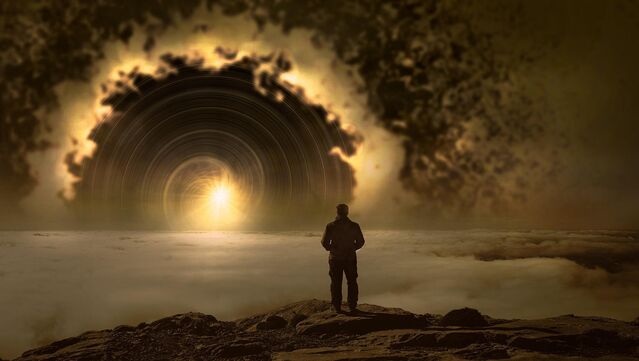 While no neurological data was gathered in this study, inferences about the brain can be made.

Reward and motivation systems don’t rest while we sleep. Rather, these systems are active, especially during the deepest sleep cycles.7 This means that people experience increased reward (eg, dopamine) while asleep. And, because those with SRED are especially sensitive to reward, these bedtime reward increases might be especially high.

But how does that relate to sleepwalking? Recall that dopamine controls pleasure, motivation, and physical movement, Therefore, if people have unusually high levels of dopamine during sleep and a particular liking for food, they might eat while sleepwalking.

Nocturnal eating disorders impact at least 1% of the population.10 Therefore, it is important to determine what causes them so that we can find successful treatments.

However, we’re far from fully understanding these disorders. Future research should focus on exploring circadian rhythms in nocturnal eating. We still don’t know if clocks become desynchronized before or after NES onset or what causes these clocks to become imbalanced. Understanding more about how the brain processes motivation and movement while we’re asleep, will also be helpful in understanding SRED.