Love is not only about what we feel for the object of our affection but about how the other makes us feel. A healthy love generates positive feelings about the self–we come to see ourselves as lovable–and those feelings do not come at the expense of the other person.

Love becomes unhealthy when it lifts us by lowering the other, as when some look for a partner who would glorify them and offer unconditional praise, turning the relationship into a two-person cult (if it has to be a cult, it should at least be a mutual admiration society). Or, when others, doubting they could be loved for who they are, seek a partner whom they can ensnare in a web of dependence, whereby the lover becomes a patient, a child, and a beggar. Or when, finally, one sole basis of self-esteem–control over other people–still others want a partner who is utterly passive and would bend to their own psychological needs. In such cases, I suspect, it is not so much the satisfaction of those needs as the sense of domination, of being the one whose convenience matters that seems to please those so inclined.

At other times, however, attraction is unhealthy in quite a different way: we are drawn not to those who would be lowered or lower themselves to boost our self-esteem but to those who lower our own. One can, of course, look at this as the same type of situation as the one I described earlier but from a different point of view–the perspective of the one whose partner undermines them and erodes their sense of self-respect and self-worth .

It is, perhaps, not difficult to see what motivates those who wish to control or make others dependent on them. While attraction with these features may be flawed, it is what one may expect from human beings with particular flaws (our dreams and ideals carry the stamp of our own characters).

But what is going on when we are drawn to those who lower our self-esteem? This is the question I discuss here. 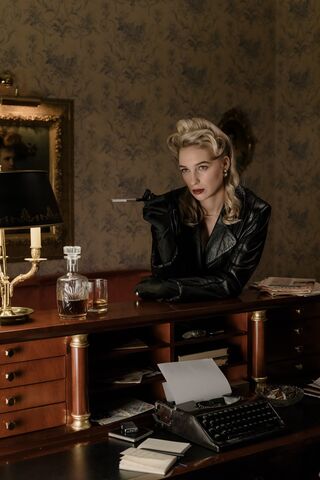 I begin with what I consider the most obvious reason: people may be attracted to someone who makes them feel deficient because they find other desirable qualities in the person. They may accept the effect on their self-esteem as a cost to be paid, in much the way a person who engages in a pleasurable but unhealthy behavior accepts the negative effect on the health of what feels good. They’d rather get the pleasure without the cost, but that package is not on offer.

Frequently, people in this situation hope that with time, the other person will come to love them in the way they wish to be loved. This type of hope is usually wishful.

While it is not impossible, it is unlikely that genuine reciprocal affection will blossom from such a seed. Indeed, the power of mutual love can hardly be overestimated–it can lift, nourish, and heal–but nothing follows from here as to the power of mostly unilateral love.

That, in my experience, is overestimated quite frequently by those whose love it is. Our ability to transform another who does not wish to be transformed by us is quite limited, whatever our imagination and fantasy may suggest.

Still, as long as we hope the relationship will eventually turn into something wonderful, the attraction retains a healthy core. The person paying the price in self-esteem recognizes the cost for what it is. This may not be so in other cases.

In the novel Sunflower, Rebecca West describes an actress, Sybil Fassendyll, who is in a difficult relationship with a man named Lord Essington. Essington has persuaded Sybil Fassendyll that she is stupid. He has convinced her also that she has no true acting talent. In fact, neither of these is true.

Sybil is very observant (she reflects thoughtfully on various aspects of her interactions with other people–friends, casual acquaintances, the chauffeur), and she is capable of delivering both talent in other actresses and powerful performances herself. However, she does not realize her true artistic potential while fully in Essington’s shadow. In other words, Sybil’s boyfriend and lover do not make her happy. Nevertheless, she stays with him for 10 years.

One can see what Essington gets out of the relationship–convincing Sybil that she is silly confirms his view of his own brilliance, and having a beautiful woman completely in his power is flattering as well–but what of Sybil?

There is more than one possible explanation in cases such as this. Sometimes, enamoredness motivates people to try and appear to be the person the other wants them to be so they forget who they are, a phenomenon I elsewhere dub “identity amnesia.”

Like someone with Stockholm syndrome, they no longer know their actual interests and desires, never mind their talents. That’s probably Sybil Fassendyll’s case. What is crucial in her case is that Essington sees her as a much less interesting person–less intelligent, less talented–than she is, so the false standard is also bad.

Sometimes, the false standard is not so bad as inauthentic. In one case I know of, both partners have been undermining each other by imposing on each other inauthentic standards. In the course of the relationship, one person came to feel insufficiently well-educated while the other felt insufficiently “fun to be with.”

The self-esteem of both suffered, and the damage was reciprocal because both accepted as well as imposed on each other demands neither truly identified with. The relationship became one in which two people in love with their own fictions grew resentful of the real other who inspired their visions of love.

Importantly, in this latter case, the mistakes the two made, unlike those of the person with Stockholm syndrome or West’s Sybil, were to some extent understandable. The inauthentic goals were not so utterly misguided that a reasonable person cannot see them as worth pursuing. One can, after all, always be more educated, funnier, a better dancer, and so on.

The problem was not that those were bad goals but weren’t authentic ones, so there was no reason for anyone to feel bad about failing to meet them. (If you have no interest in being able to swim or play chess, you wouldn’t normally care a bit that you cannot do those things.) The question is always whether the standard we come to accept is one we would choose if not for the relationship.

The Wish to Be Brought Down

At other times, however, something different is going on: people find themselves drawn to a lover who undermines them precisely because of the negative effect on their self-image. Unlike the wishful thinkers who hope to transform the other with their love or those who, like Sybil, forget who they truly are, those drawn to the experience of small insults to their self-image may actually see their evaporated attraction if the other begins to treat them well and boost their self-confidence. Why?

Some people who match this description appear to be afraid of happiness, as though they don’t think they deserve it and fear that if they got what they didn’t deserve, something bad would happen. They are not afraid of ill luck if their situation is already frustrating and uncomfortable.

Others seem unable to appreciate freely offered kindness from a romantic partner. They could very well cherish the kindness of friends and strangers, but when it comes to romantic partners, they do not value affection that comes easily. It seems they need to regulate the currency of love and prevent inflation.

Material goods acquire value this way, and neither does affection, though clever merchants may raise the price of merchandise to exploit the intuition in question, and so may merchants of romance. Much like certain kinds of wine, some gestures of affection are overpriced.