Entire my career as an academic and clinical psychologist, I’ve often heard that you can’t feel great joy without having been through profound sorrow. Sometimes the statement is worded a little differently, but the overall sentiment remains the same. The general message seems to be that the heights of happiness are somehow offset by the depths of despair. How far up you go depends on how far down you can endure. You only get to be elated because you can also be miserable. Or so the story goes.

For some reason, I’d never really given this idea much thought. Without ever stopping to mull it over, it seemed fair enough. Just the other day, though, I did look at it more closely. I’ve now worked my way to a different point of view. I don’t think the prevailing notion is right. In fact, I think it might be more harmful than helpful.

Happiness and sadness are not at opposite ends of the same scale. I have no doubt that they are both firmly bound to the process that keeps us living, but they are not organized in a trade-off kind of arrangement. The absence of merit is not despondency. Likewise, avoiding or ignoring being glum won’t bring about torrents of gaiety.

Happiness feels good. Why should we have to know what bad feels like in order to know when we’re feeling good? That doesn’t seem to make sense. We feel good when we’re getting what we want, and we feel bad when we can’t get what we want. 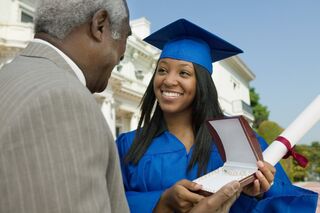 We can even feel good and bad at the same time depending on what we are getting or missing out on. A proud parent and ambitious career person can, simultaneously, be elated at their daughter’s graduation from her aeronautical engineering degree with first-class honours, and also be desperately unhappy at having just discovered they are being made redundant.

Happiness and sadness are not linked to each other. They are linked to the goals, ambitions, dreams, and values ​​by which we forge our lives.

It’s hard to accept that little babies will be able to produce their delightful bouts of giggling and gleeful squeals only if they have had generous doses of grief and woe. Some babies are surely lucky enough to be born into circumstances where they get what they want easily and regularly.

But I don’t think that’s how it is.

Some people’s lives are a constant struggle to get even a portion of what they want. They might be persecuted and downtrodden. There are still places in the world where slavery exists. Globally, large numbers of people never have the food they need for themselves and their families. Many people are in situations where their preferences are ignored.

Should we comfort ourselves by supposing that people who live in impoverished conditions won’t be suffering too much because it’s likely they’ve never been super cheerful either? Thinking such as this seems to lack any kind of scientific basis and would be more likely to worsen rather than ease inequity and social injustice.

To assert that despair gives meaning to elation suggests that a strategy of taking a middle road could be the best option. Carving out an existence of bland and blunted emotions might be the answer. Perhaps it is not worth chasing intense pleasure because then we won’t risk being plagued by anguish and misery.

As straightforward as this way of looking at it might seem, there is another angle that could be more useful. Once we wise up to our controlling nature, we will realize that we can chase wholeheartedly whatever dreams we wish to conjure without the risk of plunging into a tortuous abyss.

Happiness and sadness are not like the shadow and the light. It is the case that you can’t have shadows without some light, but you do not need to feel forlorn in order to give meaning to positivity and optimization. Feeling great and feeling gloomy are more like the tastes we save. It isn’t necessary to have been smacked with the overwhelming, face-crumpling sourness of Umeboshi (Japanese salty plum) in order to adore the divinely transcendent sweetness of banana caramel dumplings.

When the world’s decision-makers and major influencers come to understand our controlling nature, perhaps they will do what they can to build a global community in which everyone in the village can get what they want. The science of control invites us to consider the fact that it really is possible to build societies and other social groups where contentment and satisfaction are the order of the day. It is only relatively recently in our history that we have settled on a social structure characterized by dominance and subordination (Graeber & Wengrow, 2021).

Depriving some people of what they want through the establishment and maintenance of inequitable policies and social structures is bad for us all. The words of the great American medical physicist William T. Powers are more important and relevant now than they ever have been: The childhood of the human race is far from over. We have a long way to go before most people will understand that what they do for others is just as important to their wellbeing as what they do for themselves (Carey, Tai, & Griffiths, 2021, p. 155).

Recognizing, honoring, and nurturing our controlling essence is the first step in creating a world for ourselves and the selves who are yet to come that is depicted by harmony, cooperation, and contentment rather than conflict, competition, and strife.