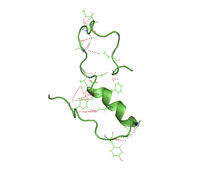 My teenage granddaughters sleep in on weekends but are up early on school days. According to everything known to circadian rhythm science, their master clocks, those mechanisms that calibrate body function timing, should be thrown off. They are not. At least they don’t seem to be. Body functions of people under 30 can defy expectations of science without consequence. Not so for older people whose cells are more sensitive to irregular perturbations of nerve signals.

With age, the human body prefers to follow circadian rhythms. When forced off course, its cells become confused about accidentally doing one thing when they should be doing another. We have evolved on a planet that passes through a 24-hour day/night cycle with cells anticipating a coordinated oscillation timing of enzyme and hormone production for body functions such as temperature, heart rate, and immune responses. Recent research tells us that diabetes and Alzheimer’s disease might be indirectly related to disruptions of circadian rhythms.

In semi-nontechnical language, here is my interpretation of a compilation of several medical journal articles connecting sleep roughly synchronized to circadian rhythms and Alzheimer’s disease.

Over the last 10 years, accumulating evidence has been building support for the idea that disproportional buildups and suppressions of certain peptides in cerebrospinal fluids play early roles in initiating Alzheimer’s disease. They are short chains of amino acids that ordinarily build life-sustaining proteins. There is, however, a particular 42-amino acid chain (Aβ42) that can have damaging effects because it leaves clumps of plaque that inhibit the ability of mobile white blood cells to digest dead cells, bacteria, and foreign particles.

Under normal circumstances, the circadian clock synchronizes and regulates the buildup and digestion of Aβ42. Disruption of circadian rhythms confuses the ingestion and digestion process leaving a buildup of Aβ42 plaque. With daily circadian oscillation under molecular timing, immune cells can recognize, surround, and digest Aβ42 to keep cerebral tissues healthy.

Last February, I wrote about this in a post titled, “Circadian Rhythm Connections to Alzheimer’s.” I mentioned Gretchen Clark’s and Jennifer Hurley’s research at Rensselaer Polytechnic Institute on the correlation between amyloid-beta, a peptide possibly responsible for increased Alzheimer’s disease and cell function synchronization with circadian rhythms.

And now we have some partial verification that irregular sleep behavior is not the cause of Alzheimer’s, but possibly a boost for its progression. The news of the connection comes from papers recently published in PLOS Genetics by Gretchen Clark and Jennifer Hurley, both affiliated with the Center for Biotechnology and Interdisciplinary Studies at Rensselaer Polytechnic Institute. Clark and Hurley searched links between Alzheimer’s disease and amyloid-beta. They found that disruption of the 24-hour cell wall physiology cycle that synchronizes with circadian rhythms correlates with an increased Alzheimer’s disease acuteness. Since then, research has progressed to a slightly different understanding.

By assembling an enormous collection of comprehensive records, Dr. Hurley and her coworkers at Ireland’s Royal College of Surgeons investigated the synchronization of immune system stimulants, those white blood cells that detect, destruct, and clear out deleterious cells, such as Aβ42, which accumulates plaque in the brain. In their article published in Plos Genetics“Circadian control of heparan sulfate levels times phagocytosis of amyloid-beta aggregates,” the Rensselaer Polytechnic Institute team wrote: “These data highlight that circadian regulation in immune cells may play a role in the intricate relationship between the circadian clock and AD.”[iv]

Plaque clumps of Aβ42 peptides statistically correlate with Alzheimer’s disease. Normally, our brains are equipped with microglia macrophages, immune sentinels in the brain that look for suspicious pathogens. They destroy invasive peptides but as with many cells, they function synchronized to the suprachiasmatic nucleus, the central pacemaker in the hippocampus.

We now know from a more recent report that the abundance of Aβ42 in the brain is normal but also that a possible causative factor of Alzheimer’s disease is the continued disruption of the circadian clock. Healthy adults have a daily oscillation of building up and tearing down of Aβ42 conforming to circadian rhythms; however, the investigated data suggest that elevated Aβ42 plaques might lead to higher levels of Aβ42 plaque in older adults with erratic sleeping patterns.

For the health of the brain

In my post “Sleep and Biorhythms,” I wrote that 60 million Americans have trouble sleeping and that some sleeping disorders are simply disarrays that can be solved. Others are more severe and complicated. The best and safest way to sleep is by synchronizing the body with its natural circadian rhythm. Keeping to routines and regular schedules, exercise, and exposure to a bit of sunlight during the day goes a long way toward a healthy sleep cycle.