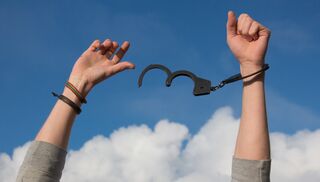 Many articles have been written about setting boundaries in romance and friendship. But setting boundaries with one’s family, especially one’s parents, is often considered off-limits. Even once we’ve reached adulthood, it can be difficult to challenge a parent’s authority and insist on changing the status quo. Consider my client Helen.

Helen’s older sister Rebecca terrorized Helen throughout her childhood and adolescence. Rebecca, 10 years older than Helen, hit her, stole from her, screamed at her, and sought to undermine her at every turn. But all this abuse happened in secret. Rebecca would act normally in front of their parents, but Mr. Hyde would appear as soon as their heads were turned. Despite the secrecy, Helen felt her parents must have known something was happening. Helen would beg not to be left alone with Rebecca. She was always covered in cuts and bruises. She exhibited anxious behavior at home, bedwetting, insomnia, and trichotillomania (pulling out her hair) that would disappear when she went to sleepaway camp every summer.

Once she left for college, Helen started seeing a therapist on campus and began to process what had happened to her. The next time she was home, she had an emotional discussion with her parents, pouring out everything that had happened. Helen related how scared she was of Rebecca and how angry she was at them for not protecting her. Her parents were receptive. They both wept and apologized for not seeing what was happening and stepping in. They admitted that they knew something was “off” about Rebecca but ignored it. Helen felt great about the conversation.

Helen also told them that she wouldn’t be able to spend holidays as a family until she was ready to confront Rebecca, which she didn’t feel able to do. Her parents seemed to accept the decision, but the week before Thanksgiving, her mom reached out and asked Helen to reconsider. After all, the past was in the past, and they were still a family. Helen capitulated, and everyone pretended nothing had happened for the next 10 years.

Helen came to see me six months pregnant with her second child, a girl. She already had a three-year-old girl, yet with this pregnancy, she was suddenly beset with panic attacks and nightmares. Her traumatic childhood memories came flooding back. This time when she told her parents that she was struggling, they turned stone cold. They questioned her recollection and minimized her memories of what had happened. They warned her not to say anything to Rebecca and accused her of trying to break up the family. The conversation ended with Helen’s mom saying, “Why can’t you just get over this!” and slamming down the phone.

“The thing that hurts the worst,” Helen told me, “Is that they know the truth. They know she’s the problem. But they want me to pretend everything’s fine because they’re afraid of her.”

Helen’s assessment sounded right to me. Women are often asked to take the “high road,” as if ignoring abuse is some moral victory. Helen repeatedly tried to set boundaries with her parents to limit her exposure to Rebecca. They thwarted her efforts at every turn, alternatively admonishing her for holding a grudge and guilt-tripping her into pretending they were a perfect family. The final straw came when Helen’s mom, who’d been instructed never to leave Helen’s kids alone with Rebecca, ran out to the grocery store and did just that. Though nothing bad happened during that time, Helen was distraught, as her parents had made one thing clear: They wouldn’t allow her to set boundaries with them or her sister. Shortly after that event, Helen came to see me.

“What’s the story you’re telling yourself about how you’re treated in your family?” I asked.

“I’m telling myself that I don’t matter, that no one will ever stand up for me, and that I don’t get to set limits with people in my family,” Helen answered.

“That was true when you were a kid. Children are dependent on the adults around them and are in a terrible situation if they aren’t protected. But who’s not respecting your limits now?”
Helen saw where I was going with this.

“Me. I’m not respecting my own limits. I’m waiting for their permission and help, but I don’t have to.” She wept for several minutes, then sat up straight in her chair and took a deep, slow breath. “I’m a grown woman. I can do whatever I want.”

Helen took a break from seeing her parents altogether, gradually allowing them back in, but with strict limits. They weren’t allowed by themselves with the kids, the visits always to took place at Helen’s house, and Helen’s holidays were spent with her husband’s family. When her parents pressed back, Helen said firmly, “Ether I’m comfortable, or there are no visits at all.”

The relationships that silence us are the most problematic. But here’s the good news: No matter how old you are, how dysfunctional your relationships are, or how scary the people in your life can sometimes be, you can always make a change. You can always learn how to speak up, take risks, and know your worth. You can experiment, practice, make mistakes, and move forward. Adults are not trapped in relationships. Adults get to choose who they allow into their lives.