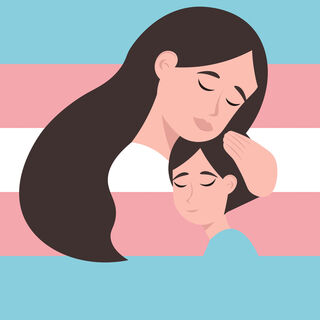 Andy was 13 when he first talked to his therapist and me about his feelings that he was transgender or nonbinary. We had been working on treating his anxiety, depression, and social difficulties for two years. He also had a diagnosis of autism spectrum disorder.

Andy’s parents supported his mental health care. They thought critically about all interventions, including medication, and generally felt comfortable with the recommendations from the treatment team. But once Andy worked up the courage to tell his parents about being trans — and asked them to use his preferred names and pronouns — they didn’t feel that they could support this request.

In meetings with his therapist, his school team, and me, we all discussed the recommendations of numerous professional organizations and the research regarding improved outcomes with gender-affirming care. We used Andy’s preferred name and pronouns but his parents remained sure that giving into Andy’s requests on these fronts would hurt him rather than help him. They wanted to support Andy but were genuinely afraid of causing harm by validating his gender identity. They felt comfortable with him trying different hair and clothing, but they felt that doing anything more formal — such as a name change — could cause him to become more adapted to his trans identity and that he might regret it later.

This mixed response from families — supportive to a point, but stopping at names and pronouns, has come up frequently. Parents worry that their child is only saying they are trans because of pressure from friends or social media. Parents express concern that endorsing a child’s thoughts and feelings about being trans creates a slippery slope into a trans identity that the child may ultimately reject. They especially fear a child proceeding with medical or surgical interventions that they will later regret. Unfortunately, a barrage of misinformation across media platforms is fueling these parents’ fears.

“They never showed anything like this before.” One of the most common questions parents ask is how their child can be transgender if they never showed any evidence of being unhappy or confused about their gender before now. This raises their worry that their child’s feelings of gender dysphoria are impulsive and will be fleeting. But this is a misconception. While some children experience dysphoria in early childhood, many will experience their gender discomfort as they approach and enter adolescence. Kids have deep internal lives that they don’t share with us. That’s expected. Their feelings may appear new to you, but they are likely not new to your child.

“They can’t tell us why.” The next-most-common question is “Why”? Parents feel they can’t support this fully until they understand more about why a child feels this way. But this is a dead end that leaves the parent and child frustrated and upset. Just because your child can’t tell you exactly how or why they have this feeling doesn’t mean the feeling isn’t real. This is complicated stuff, even for grownups. Most often kids can’t tell you why; they can just tell you how they feel. They don’t have to justify their feelings to us. We just have to validate them

“This is a new social phenomenon; TikTok is to blame.” Probably the biggest hesitation that I hear from parents is that “this transgender thing” is just a social media problem—something kids are being convinced of on TikTok. This is another misconception. Exploring sexuality, sexual preference, and, yes, gender identity have always been central parts of adolescent development. Society places enormous pressure on kids to fit into one mold — cisgender, heterosexual — but there have always been young people who experience discomfort and explore gender. Complete history, young people unsure of where they fit in have tested norms and expressed a range of gender presentations and identities. Feminine boys, masculine girls, and androgynous kids have always been with us, whether they showed it to their parents or not. Social media platforms don’t send content to kids randomly. Their algorithms show kids more of what they’ve shown interest in. This content is gender-affirming for kids who have already been curious.

Historically, in our culture, any young person who experienced themselves as not fitting fully into narrow gender roles had few options. They could conform outwardly and hide their true selves or live their truth with the consequent rejection and shame that came with that. However, in recent years, social media has become a place for those who find themselves outside the gender binary to find each other. The spectrum of gender, gender fluidity, and identification as “nonbinary,” for example, are not new concepts, but the language has become clearer and more visible. These ways of feeling and being have always existed, but we now see young people speaking their truth and labeling it. These explorations in gender aren’t new and kids bringing them up in adolescence is common. 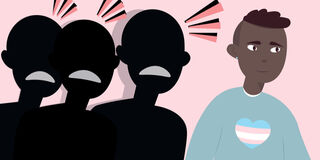 Probably the deepest fear for many parents is that their child will want and obtain hormones or surgery and then later regret it. While this is unfamiliar territory and understandably something parents worry about, it’s generally a distraction pushed by people who are trying to scare families.

Interventions such as hormones and surgery are typically many steps away from these early conversations in which parents have the opportunity to support their kids by using their chosen names and pronouns. And for many young people who identify as queer or nonbinary, physical transition is not a primary goal.

Being trans is not only about the binary of transitioning to the “opposite” gender. There is a spectrum of gender, and identifying as trans covers a full range of identities. For many young people, being trans means embracing their full self: In a world that sees contradiction, they see totality. (This is not to minimize that for many trans people physical change is critical to living as their true selves.)

A misinformation campaign meant to scare parents out of validating their child’s gender identity insists that young adults are de-transitioning in high numbers, and regretting their decisions to have surgery, in particular. But this is untrue. Well-done studies are clear that rates of regret are low. And of the people who do detransition, many report that it’s not because their identity changed, but rather because of fears and pressures around social, occupational, and family repercussions. This is another example of those with an agenda trying to frighten parents into not accepting their child’s exploration of gender identity.

While there is no evidence that using a child’s chosen name and pronouns hurts them, it is clear that gender affirmation can be lifesaving for trans kids. Without access to gender-affirming care, we see far more mental health problems, including higher rates of suicide. If kids explore these possibilities and eventually find themselves in a different place, that’s OK too. But most will continue to identify as something different than the gender binary and we lose nothing and risk everything if we don’t.

Giving kids an unconditional, validating place to explore their gender identity creates a space they can return to and share with you. Shutting them out or shutting them down pushes them further into the shadows — and away from you. And you know that you want them to stay close to you, wherever their journey ends up. Stay along for the ride.