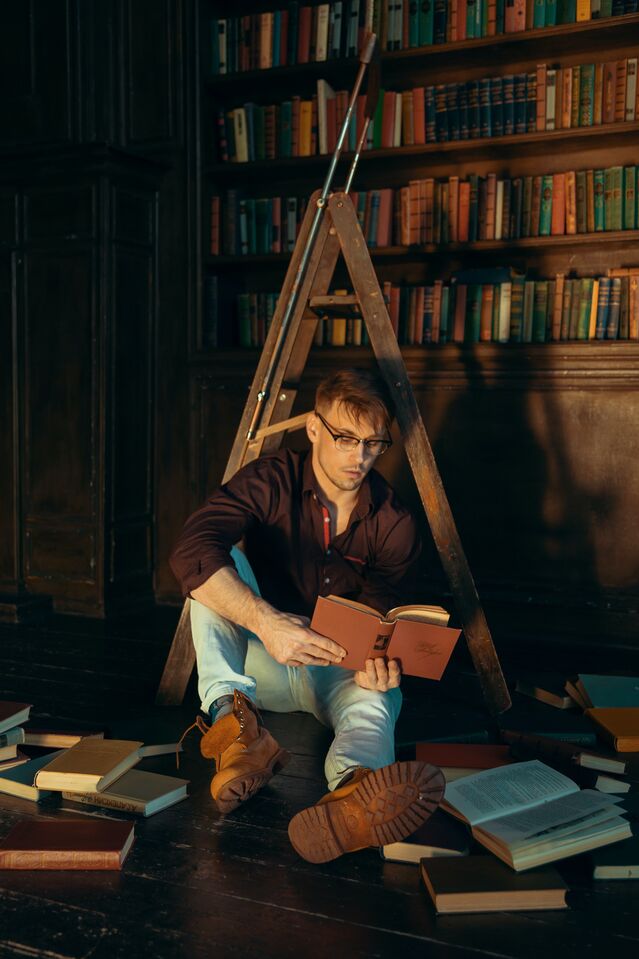 The author and astronomer Carl Sagan once described the difference between visiting a kindergarten class and a high-school class to talk about science.

The kindergartners were avidly curious, endlessly enthusiastic, natural-born scientists, and never heard of a dumb question. The high-schoolers were jaded, the joy of discovery and the sense of wonder largely lost to them, and terrified of asking dumb questions.

They’d lost touch with what the Buddhists call beginner’s mind, one of profound openness and innocence—even if you think you’ve seen it all. It’s a mindset that views life with the eyes of children, who unabashedly let their tails wag and their eyes swim in their heads, eagerly sit in the splash zone at the killer whale show, and keep all sensors and receptors in the “on” position ; a mind open for business, and a runway cleared at all times for incoming adventure, who haven’t yet learned the grossly overrated arts of being cool and nonchalant, of being the knower rather than the wonderer.

Unfortunately, it’s easy to become adult-erated and thus spoiled for the world, the attitude of youthfulness lost to us, while the pleasures and enthusiasms we keep from ourselves eventually find their way to the eyes and mouth and set their heavy sacks down there.

A grownup is often just the husk left over at the end of childhood.

According to Newsweek magazine, research shows that preschool children ask their parents an average of 100 questions a day—”cries to understand the world,” Sagan called them—which of course would test the patience of even the most committed parents and teachers. Often they simply wish it would stop, and unfortunately for the children, it does.

It’s complicated, though, why children’s enthusiasm for learning and discovery, and their spirit of wonder, often devolve into a sense of passionless duty to achieve and comply. Some of the reasons are social and bureaucratic, some personal and parental. But none of them are developmental. The passion for learning doesn’t naturally wane as we get older. Something gets in the way.

Actually, a multitude of somethings. The social value placed on short-term gratification, the challenge of competing with internet attention spans, low expectations, the substitution of internal motivation for grade-grubbing, the sense of irrelevance students often feel toward what they’re being taught, a grading system that makes many of them feel like second-rate learners, and an environment where submissiveness and lack of power are the norms.

It probably isn’t lost on kids, either, the degree to which we ourselves, as their role models, are engaged in independent learning outside our own nine-to-five lives. Do we remain interested and involved in the issues of the day? Do we read books though there are no tests to take, sign up for adult-ed classes, or even just look up unfamiliar words in the dictionary?

When we as teachers and parents, coaches and mentors, leaders and stewards, are no longer learning, we’re no longer teaching, because we’ve left behind the ability to role-model the art of discovery, the love of learning, and being intellectually active. When I headed off to college, my father’s advice to me was, “Don’t take courses. Take professors.”

That is, the commitment to being a lifelong learner is critical to the sustaining of not only our own passion but those who look to us for role-modeling. It’s also something of a survival mechanism because our attachment to life depends on our interest in it.

By nurturing beginner’s mind, the world becomes an endless fascination, with dolls inside of dolls inside of dolls, and you understand—not with dismay but anticipation—that you understand a fraction of a fraction of what there is to know and experience. Even the things you encounter every day of your life you barely fathom. Why does your skin wrinkle in the bathtub? How do spiders avoid getting tangled in their own webs? What holds clouds up, if water is heavier than air?

When you’re a lifelong learner, you take nothing for granted. You’re always poking into things and wondering what makes them tick. You’re on intimate terms with search engines, consider ignorance bliss because it’s the beginning of discovery, and are constantly reminding yourself that the world is dynamic, not static, and that you’re a part of the world.

You understand that education isn’t something that stops when you receive a diploma, learning doesn’t have to culminate in a test, and boredom in school isn’t necessarily your fault—even if you are part of the Snapchat generation—though it is your responsibility, especially as an adult, to address in your life the meaningless and tedious, the routine and repetitive, all those activities that lead to boredom and what author Saul Bellow described as “the pain of unused powers and wasted possibilities.” Boredom that, for adults as surely as for high school students, has them cutting class and dropping out.

The invariable mark of wisdom, Ralph Waldo Emerson said, is to see the miraculous in the commonplace. Anything that counters the tendency to take life for granted is an active ingredient in both wisdom and wonder. So is an appreciative bent toward life in general and the life you have in particular, and your willingness to be mystified and not need to pin down every butterfly.

Abraham Maslow himself, who popularized the term self-actualization—referring to people who tend to fulfill their potential—didn’t generally believe in a big-bang theory of it, in which peak experiences suddenly bring us into being as the people we’ ve always imagined ourselves to be, or deliver us to transcendence on the back of some great white stallion of revelation. Toward the end of his life, he talked about a kind of time-release version of the peak experience that he called the plateau experience.

It’s a sort of ongoing peak experience that is more calm and less climactic, more a discipline than an event, and which we only slowly and painstakingly teach ourselves to experience by choosing to sacralize life. To witness it in the deepest and most mindful ways by paying exquisite attention to it, exposing ourselves to inspiring people, great music and art, and the raptures of nature, and living in a more or less permanent state of being turned on. Maslow called it “holding classes in miraculousness.”

Granted, this can be something of an uphill climb. The desire to remain lifelong learners, to regularly make room for wonder and awe, will always have to contend with agents of decay and distraction, the foremost being the hoodoo of habit and routine, which relentlessly conspire to break the spells of enchantment.

Like all life and all revelation, wonder decays. It decays from childhood to adulthood, from the first encounter to subsequent encounters, and from infatuation on.

Trying to sustain beginner’s mind past the beginner stage of life, trying to continually renew our willingness to be moved and keep remembering that the wondrous is embedded in the ordinary, is like trying to live each day as if it could be your last. They’re both true—the mundane is miraculous and you could die today—and they’re both excellent meditations that would undoubtedly enrich your life. But they’re both hard to pull off for more than a little while at a time.

We’re habituated to take things for granted. They don’t call it the force of habit for nothing. It takes real work to see the universe in a grain of sand and heaven in a wildflower. Forgetfulness, on the other hand, is no discipline at all.

Life is a spell so exquisite, the poet Emily Dickinson once said, that everything conspires to break it. So we need a few counter-spells, something to help us maintain the enchantment and cut through the distractions—a word that means to be pulled apart.

Parker Palmer’s commencement speech to the graduating class at Naropa University, 2015: “Clinging to what you already know and what you already do well is the path to an unlived life. So cultivate beginner’s mind, and walk straight into your not-knowing.”

It’s only under the pressing thumb of age that some of us manage to come around again to beginner’s mind, holding life up to the light like a color slide and appreciating the precious ordinariness of the world. It’s only then that many of us blessedly cease to care what others think of us, and once again are able to enjoy little or no distinction between the private self and the public self, be charmed by the simplest things, and feel at home in the present, like rabbits and foxes.

In A Private History of Awe, Scott Russell Sanders says that we enter the world empty of ideas and full of sensation, and if we live long enough to lose memory and language, we’ll leave the world the same way. But in between, he says, we should aspire to be like small children who, when they aren’t asleep, are fully awake, with all instruments turned on.