In any relationship people have different views and opinions. There are two different people. Sometimes they can work out their differences through discussion or compromise. Some relationships are marked by unremitting strife—differences that cannot be talked about and negotiated by input from each person. These are conflictual relationships where divides cannot be breached. 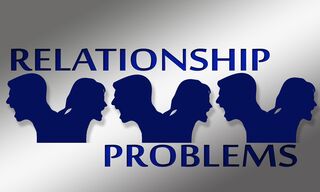 In our research, Homer B. Martin, MD, and I have found that such high conflict relationships are often due to personality and role differences. These conflicts can lead to substance abuse in one or both people. Conversely, substance abuse can also lead to relationship friction.

Other researchers scrutinize self-perception and self-esteem in the role of promoting the likelihood of substance abuse. They find that self-perception of being ineffectual with low coping abilities goes along with poor self-esteem. Both aspects of a person increase substance usage.

Relationship quarreled can lower couples’ sense of effectiveness and coping, leading to lowered self-esteem and to substance use. In research published in Living on Automatic: How Emotional Conditioning Shapes Our Lives and Relationships (Praeger), Martin and I explain that substance abusers are not all the same. They have different ways of arriving at using substances.

We discovered these are related to emotional conditioning early in life, a process in which children learn their emotional role. Parents raise children by projecting their expectations through their emotional interactions with their children. This emotional conditioning process takes place by age three. In the course of dynamic psychotherapy treatment, we discovered opposite personality roles form most romantic, marital and cohabiting duos. We call these omnipotent and impotent roles.

Omnipotent role people act and believe they are very strong. They work hard to satisfy their mates’ needs and wants. They hold a tight focus on inputting control measures for their partners. They can be very methodical and organized. Omnipotent role people tend to hold in emotions for fear of upsetting their mates if they express their feelings. They are lousy at self-care and tend to neglect their well-being emotionally and physically.

Impotent role people work hard to get others to meet their needs. They act helpless so their partners will do it for them. They tend to be lousy at taking responsibility for themselves and for others. They do not plan well for their own goals, preferring to let their mates take control. They display effusive emotions and use their emotions to manipulate their mates. They tend to be impulsive, seeking to satisfy only their latest whims.

We discovered people in both roles may use substances in excess to avoid making changes for the better in their relationships. When a couple reaches a point of intense conflict, one or both may shy away from trying something new or different in the way they relate with one another. Each often wants to stay steadfastly in his or her dysfunctional emotionally conditioned role. 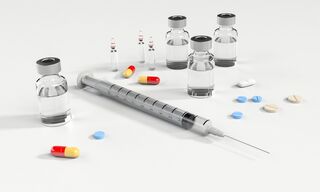 Using substances lends itself to such role status quo because people compromise their reality testing when they are high, inebriated or zoned out. They move themselves farther away from resolving conflict. They compromise their physical and emotional health as well.

People explain their substance use as a way to cope with the status quo, to numb themselves to the untenable conflict with “a person who won’t listen to me” or “who won’t do what I want.” Such rationalizations ill serve everyone because they allow people to dig in their heels and stay in their respective ill-serving roles.

We found that what works best to avoid role or personality conflict is for each person to examine his or her personality and role. The two roles are pathological in most relationships and cause skewed thinking, distress, conflict, and miscommunications.

You can learn to identify your emotionally conditioned role, either on your own or with the help of a therapist. Next you can see how the role skews your view of yourself and of others. Then you can decide whether the only way you can live is in your role with all its distortions and relationship conflicts.

Or, can you make some role changes that minimize conflicts and allow you to negotiate your world more reasonably and differently than before? This means quitting substance use and lessening your emotionally conditioned role. In our clinical work, we discovered people can change their personalities and roles enough to improve their relationships and stop using substances.