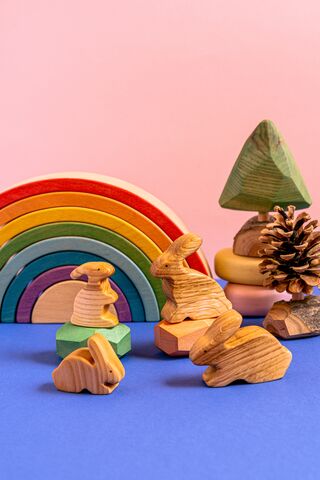 Catherine Lord is the George Tarjan Distinguished Professor of Psychiatry in the David Geffen School of Medicine at UCLA. She is also a member of the National Academy of Medicine, a fellow of the American Association of Arts and Sciences, and a member of the American Psychiatry Association’s neurodevelopmental disorders committee. She is the recipient of the Lifetime Achievement Award from the International Society for Autism Research.

How do you define autism for families, particularly as the latest diagnostic manually dropped the use of the term “Asperger’s”?

Autism is a biological condition that affects how a child, and later an adult, takes in information about people and the world. It is defined by difficulties understanding social communication accompanied by a need for sameness, sensory behaviors or repetitive actions, or thoughts. It is a huge spectrum. Like the different colors of a rainbow, autism affects different people in different ways. It often, but not always, occurs with other difficulties, including language delays, intellectual disability, ADHD, and sometimes mental health problems such as anxiety.

For a parent, what’s the most important thing to know about what research says works in supporting children with autism?

One consistent finding about interventions for autism is that parent involvement makes a big difference. Finding providers you stick with over time also does. This doesn’t mean parents do the treatment themselves, but they must find providers to work with whom they think fit their child’s needs, and then listen to and support them. Many different behavioral treatments for autism have been developed but no one of them has been found more effective than another. It depends on the fit for the family and the child.

Speech therapy and early intervention impact the words a young child knows and says, early communication skills, and play. The providers’ discipline (speech language or ABA, for example) makes less difference than how well the provider understands and motivates a child.

Social groups increase a child’s knowledge of social skills and also can guide parents in managing social situations, though everything in autism progresses in small steps. That means parents are often left with the job of following up on what was learned to maximize the benefit of social groups.

There’s often a logistical challenge for children with more mild symptoms of autism around school planning. They may be academically doing fine and have a few friends. They have an academic day to coordinate, social and after-school activities, and yet also need to work on their social skills. What interventions do you recommend, and do you have any thoughts on how to make them work?

Interventions and plans differ for different children. I think it helps to prioritize. For example, if a child starting middle school is overwhelmed with the need to change teachers and classes and all their expectations, can they take one less class at least for the first year? Can they take music twice if they love music and wait on Spanish? Some children also benefit from support for anxiety, continued speech therapy, occupational therapy (OT), or medication.

Many things can be done in a mainstream school environment to build social skills. Speech pathologists, occupational therapists, or psychologists can run social skills groups. A school plan can utilize aides or volunteers during lunch, recess, or study hall, as unstructured times often challenge children with social differences.

Children or teenagers in regular classes may need a “mentor” available when things are difficult, or to watch out for them. Social workers or psychologists are often quite good in this role, with weekly meetings put in the IEP. They are also often listed as a fallback if a student needs a break. A mentor can make a huge difference.

An IEP plan can include someone to make sure a student is okay at lunch and if not, plan for a daily lunch buddy (which could be rotated). Or allow a student to sit somewhere quieter. For younger children, making sure they are included in recess activities (sometimes by asking recess monitors to start activities that include this student and other children) is a reasonable request.

What do you believe about the role of schools in providing ABA and other autism-specific interventions?

Some children with autism need highly structured ABA programs. Environmental supports delivered in a relatively natural way, such as those used in TEACCH, particularly make a big difference. ABA-related services are the most defined autism intervention, not only for severe delays but more mild impairments too.

BCBA’s (ABA-trained behavioral specialists) also carry out functional behavior analyzes and make behavior plans for any child at any level. For example, I recently worked with a BCBA for a bright 12-year-old starting middle school who struggled with calling out in class.

This BCBA started up with a plan posting a detailed class agenda, a source of some of his questions. In his favorite class, the behavior continued. Observing again, the BCBA figured out the teacher unwittingly responded to on-topic interruptions, which inadvertently rewarded him for speaking out of turn. They worked out a way for the child to quickly write down a note if he knew an answer without shouting out when another student was talking.

What family supports do you generally recommend?

Parents should seek out someone they trust who gets to know their child well over time, to check in with and share updates. Challenges and successes evolve, and new issues come up. The provider can be a developmental-behavioral pediatrician, psychologist, psychiatrist, speech pathologist, or OT.

Also, seek help as soon as an issue persists for several months. With more marked difficulties in your child’s behavior, it is far easier to figure out ways to change them when your child is smaller. Situations might change but often don’t without actively seeking a new solution.

This is a time of hope for autism. Many children and adolescents do well, and we know much more about supporting families and students than years ago. However, adult services remain limited and most autistic children need some help as they age. Anything families can do to support program development beyond school is much needed.