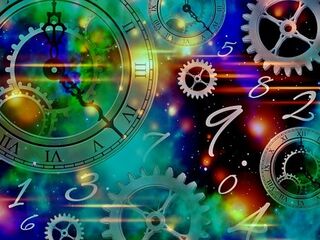 In Part I, I wrote about the stages of a police career from applicant to retiree. I asserted the unpleasant truth that studies of various jobs, including police work, show an earlier-than-expected decline in mental abilities.

In this, Part 2, I suggest ways you and your family could begin to think about the psychological and emotional transitions that come with growing old on the job.

Decline affects everyone. As I near the end of my fourth decade as a police psychologist and writer, I feel myself slowing down. I can’t work as long or as hard as I used to. Multi-tasking is a thing of the past. I have less tolerance for discomfort. People around me, especially those my age, are failing at an alarming rate.

Being a police officer makes you part of an elite group. Most people could not qualify for the job or do what you do day in and day out. There is a lot of evidence that the decline of ability in people of high accomplishment is brutal psychologically in much the same way as the loss of physicality is brutal for professional athletes.

Being a cop requires intellectual and emotional competence. It can be harsh physically as well as psychologically for both officers and their families, making early decline inevitable. It is a job few people can sustain for thirty years, at least not with the same level of energy and enthusiasm they had when they were younger. It is why most cops retire in their 50s.

Many, if not most of us, harbor a secret belief that decline and ultimately death are true for others, not us. Bear in mind that while the decline is inevitable, some suffering is not.

I offer the following in the service of adding ease to growing old on the job and after. These are neither recipes nor formulas but rather intentions and ways of thinking about the trajectory of your life.

There’s safety in numbers. Joel Fay has several sources of self-worth and several identities in addition to being a cop for 30-plus years. While working as a cop, he was also a husband, a father, a psychology student, a long-distance bicyclist, and one of the founders and volunteer clinicians of the First Responder Support Network. When he retired, losing one identity was not disruptive to his life or self-esteem.

Do you want people to remember you as a decent, kind person who helped others? Or would you prefer them to remember you were the youngest ever lieutenant with the best arrest stats on your squad three years running? If you dare, pretend you are dying tomorrow. What would be said at your eulogy? What would you change?

No one can predict the future. As is said, the best-laid plans of mice and men can go awry. I wish you (and me) the best as we wisely approach the inevitable with our eyes open, a firm grasp on reality, and a reasonable, manageable, and hopeful ops plan for the future, whatever it holds.