Denuvo, the company responsible for a notoriously cumbersome DRM in many video games, has turned its attention to DLC and microtransactions.

Anti-piracy digital rights management (DRM) software Denuvo has once again come into the limelight for its new SecureDLC initiative, which looks to see the software giant prioritizing protecting DLC ​​and microtransactions as part of its ongoing development of gaming security measures. While Denuvo undoubtedly does – at least to some degree – work to keep games secure for publishers and developers who use it, ensuring sales are less often lost to piracy within the first weeks or months of a game’s release, it has not been without controversy. Games that use it are inevitably cracked open by hackers before long, and players have complained time and again of performance problems associated with Denuvo.

Denuvo originally made a name for itself as possibly the most-hated piece of anti-piracy software on the PC gaming market, and it received a great deal of criticism not only by anti-DRM consumers, but by those who have measured its impact on game performance. Denuvo has caused persistent issues with a variety of games across its lifespan, which has made it a common target for internet outrage. Denuvo got Bethesda’s Deathloop review bombed recently, and Back 4 Blood also caught flak for using it, though the most notable game is Capcom’s Resident Evil Villagewhich came under fire for some serious performance problems as a result of its use of the software.

In a global press release, Irdeto, the company responsible for the Denuvo platform, claims that “it has become easy to bypass the existing barriers that try to secure DLCs on popular gaming platforms like Steam and Epic,“and are thus offering software that will use”a small and simple implementation based on the application program interface to the game code to address the problem“of DLC piracy. This will be something that can be used with free-to-play games that rely on purchases completely for their survivability, and also any games that currently use Denovo’s existing product.

Despite the efforts of online retailers, piracy targets games on Steam and Epic’s databases with regularity, and while it’s hard to get any exact data on how often DLCs are included in similar efforts, it’s undeniable that piracy happens there as well, leading most anyone to admit that some measure of protection is in order. Despite this, Denuvo has come to be associated with extra problems over the average DRM scheme, with Denuvo Anti-Tamper actively working against a game’s performance in some cases. Digital Foundry did an in-depth look at these issues in Resident Evil Villageand concluded that yes, there are performance issues associated with the software, although it is worth noting that Capcom’s own DRM measures were found to be what really exacerbated the issue – not Denuvo.

Regardless of the specifics of that one circumstance, it’s hard to say whether or not similar problems could arise as a result of SecureDLC. Denuvo hasn’t shown a great deal of interest in the concerns of consumers, at least publicly, which is no surprise given that it acts in the interests of publishers. But whether there’s much cause for concern over how this software will affect DLC packages and microtransactions remains to be seen, as the details of how it works are vague. According to GamesRadar, the “Denuvo SecureDLC system replaces the DLC entitlement checks of PC storefronts,“running through Denuvo’s own system instead. While this is certain to make many players unhappy, if only for adding another layer of potentially problematic protection that stands in the way of game preservation and consumer trust, it’s most likely that it will end up not being a great cause for concern for the average user. It’s unlikely it will be a form of DRM that makes games unplayable. Like Denuvo‘s Anti-Tamper package, it will probably do what it advertises: protecting DLC ​​for a short while (before inevitably giving way to the efforts of industrious coders anyway).

Next: Sega Wrongly Targets Steam Database Over Yakuza: Like A Dragon Piracy (UPDATED) 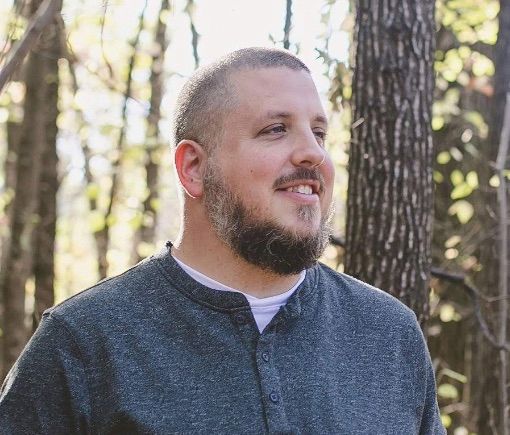 Michael J. Riser is an author, freelance writer, and gaming features editor at Screen Rant. In addition to Screen Rant, his work has appeared in such varied publications as Goomba Stomp, IGN Pakistan, UNC Charlotte’s Sanskrit, and print anthologies from Despumation, Solarcide, and Pantheon Magazine. He has formerly been the managing editor of Alloutgames.com and the indie games editor at Goomba Stomp. An Asian Studies and Religious Studies graduate of CSU Chico, he has lived in Japan, hunting through the narrow aisles of game stores from Osaka to Tokyo, and has lived in the cloisters of a Buddhist monastery in Ningbo, China. He now resides in California with his wife, a rescue dog, and a mischievous Hallowe’en cat, where he plays far too much Dark Souls and reads too much about deep Elder Scrolls lore. You can find him occasionally ranting at Bookruptcy.com, and can email him directly at michael.r (at) screenrant (dot) com. He also lives as Quemaqua on Twitter and YouTube (and most places on the internet).