The word is out: being “fashionably late” is no longer fashionable.

In 2022, people are showing up on time to social events, compared to being fashionably late by 15 to 20 minutes in 2019. A recent New York Times article (Rosman 2022) discussed this phenomenon and suggested that it is due to COVID-19 and the lack of human contact we experienced during the pandemic.

People are on time because they crave human interactions and are excited to get together with others while it is still permitted. People are also on time at work because they got used to working from home and want to minimize their office time, just “get the job done and go home,” making people more efficient in their work performance. As compelling as these explanations might be, I found these explanations to be a bit too simplistic.

As a consumer behavior researcher whose research focuses on time and scheduling style, “being on time” is not a goal people can just decide on. We all have an inherent natural tendency that we carry from a young age that either follows a clock-time, where we indeed rely on the clock to decide when and where to be and for how long, or an event-time, where we decide when and where to be, based on what our internal sense tells us. 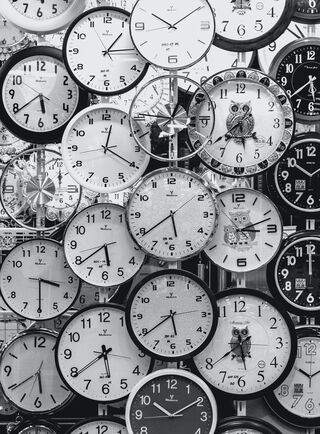 Historically, humans functioned mostly in event-time by default until the use of sundials in ancient times. While external temporal cues were obviously present before sundials (eg, the sun going up or down; the passing of seasons), it is the advent of sundials and rapid technological progress that enabled the slicing of time into increasingly precise units (hours, minutes, seconds).

The popularity of the clock was intimately intertwined with the need for coordination to maximize economic efficiency and further technological progress. In industrialized societies, the popularity of the clock culminated with Taylorism and its advocacy of a “one best way” to achieve maximal performance on a task by defining the optimal amount of time that should be spent on it.

Since then, decades of economics research have advocated clock-time as the optimal way to organize activities in modern industrial societies.

It is noteworthy, however, that not all societies have equally embraced clock-time: past research shows cultural differences in the degree of reliance on clock-time (eg, Switzerland, Germany, the US) versus event-time (eg, Brazil, Ecuador; Levine, 1997). Anchoring on the clock to schedule activities still feels unnatural for much of the world today (Levine, 1997).

Relying on the Clock to Gain Control

What, then, leads people to adopt clock-time versus event-time? Recent research suggests that, in addition to cultural influence, one’s scheduling style can be related to self-regulation: clock-time individuals are concerned with efficiency when attending to planned tasks—they focus on getting things done—whereas event-time individuals are concerned with effectiveness—they focus on doing things well (Avnet & Sellier 2011).

In addition to these goals (being efficient versus being perfect), these scheduling styles represent distinct ways of managing personal control and well-being (Sellier & Avnet 2019). Since scheduling consists of a plan for an event to occur at a particular point, a fundamental purpose of scheduling activities is to control when and where these activities will take place. Therefore the adoption of clock-time versus event-time can also reflect different expressions and degrees of control.

The reliance on an external versus the internal location of the time cue used to schedule activities goes hand in hand with people’s location of control, that is, their “locus” of control. In particular, the research found that the adoption of clock-time or event-time reflects different degrees to which people believe they control the environment (Sellier & Avnet 2014).

People who rely on clock-time surrender to the dictates of the clock. As a result, they will more likely perceive the environment as being controlled by an outside force—chance, fate, or powerful others (Levenson, 1973).

In contrast, people who rely on event-time begin and end scheduled tasks based on their evaluation of task completion. It follows that they will likely perceive things are happening due to their actions. In sum, scheduling style is intimately intertwined with individuals’ perception of their level of control over their social environment. 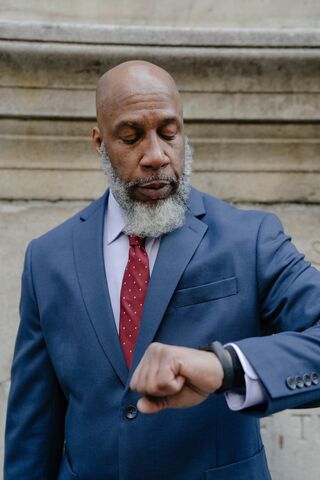 This brings us back to why more people are suddenly on time compared to the pre-pandemic era?

Part of this behavior can be explained by the fact that the pandemic created a recognition in us that life is unexpected and occasionally random. Many people realize that they have lost control over their lives. Things that they thought were certain before were no longer that.

That sense of chaos makes people want to grasp concepts and ideas they think they can control. Using the clock, an external cue causes a false sense of organization and order.

Those who were clock-timers before the pandemic were less affected by this chaos than event-timers, as they already functioned in a world surrendered to the clock. But event-timers, who always organized their world based on their internal sense, suddenly lost that ability. Their solution is to hold on to what seems stable, which is time.

A bit of a paradox in a way that due to a lost sense of control, we allow an external cue to control us. But this cue gives us what a higher authority does, a sense of stability and organization.