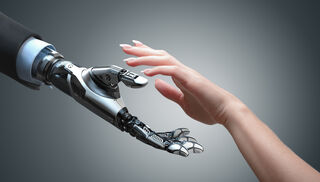 In the first part of this post, we discussed how an effective AI therapist might be developed in the near future. In this second part, we will discuss some additional considerations of an AI approach to psychological therapy.

Some Potential Pros of AI Therapy

In a world with AI therapists, many physical and time limitations of the current provision of mental health care will be eliminated. Patients could receive therapy whenever and wherever they wish, including in locations where current access to mental health care is poor. There would no longer be a waiting time before being able to see a therapist. In crises, patients could have immediate access to therapy. Perhaps this would help prevent escalating catastrophic situations.

Imagine a world in which everyone could have easy and limitless access to therapy. Would people be less likely to develop severe mental illness if they had access to mental health assistance throughout their lives?

Further, human therapists will be able to focus on working with the most difficult patients, while the AI ​​therapists could focus on therapy for the vast majority of people with minor mental health care needs.

An advantage of AI therapy could be that the information exchanged during this therapy could remain completely private. An added feature of the therapy could be to allow a supervising mental health professional to review the therapeutic process to provide further feedback to the patient, help refine the AI ​​protocol, or deal with very difficult psychological situations.

An AI therapist, without time constraints, will be able to easily pace the therapy based on the needs of individual patients, never forget what was said by the patients, and remain non-judgmental (Fiske, 2021).

Machine learning could lead to the development of new kinds of psychotherapy, including through combining current modes of therapy and perhaps through innovation, similar to how chess-playing AI developed novel strategies to play chess. By studying the results of AI therapy, we might make exciting advances in our understanding of human psychology and how to effect therapeutic change.

Like any therapy, AI therapy would not be appropriate for everyone in every situation. Perhaps, as a first step, prospective patients would be screened to determine whether a referral should be made to a human therapist and in what time frame.

The fear of loss of confidentiality may make some patients hesitant or resistant to AI therapy. For example, they might wonder whether data from their encounters will be used for marketing, including targeted ads, spying, or other nefarious purposes. There might be concerns that the data might be hacked and even exploited for ransom.

People may also fear that someone else could access their AI therapy details by logging into their account. Fortunately, AI facial recognition protocols could avoid that kind of breach of confidentiality.

The questions of AI’s confidentiality and ubiquitous access are ones with which we should already be grappling, given Alexa’s continuous monitoring of verbal interactions in our homes.

Some patients may be put off by the visual appearance of an AI therapist. Patients might also be perplexed by the process of undergoing reality testing administered by an artificial therapist.

Ethical concerns regarding the ability to consent to therapy will apply to patients who may not have the mental ability to understand that they are working with a non-human therapist (eg, the elderly, children, or individuals with intellectual disabilities).

Patients might over-rely on their AI therapist. For example, they may choose not to make important decisions on their own without consultation with the AI. In that event, the AI ​​could be programmed to identify patient over-reliance and counsel against it.

If insufficient safeguards are in place, a patient might become engaged in ineffective or even harmful AI therapy, without being aware that this is a problem. In this setting, a patient might be harmed by failure to seek another kind of therapy. This is also a possible occurrence with human therapy.

Another series of questions relates to oversight. Would an AI therapist be subjected to state oversight, and require licensure or malpractice insurance? Who will supervise the AI ​​therapy, or be responsible if AI therapy stops working or goes awry?

The AI ​​therapist could influence its patients based on its programming. Who would be in charge of the programming? A private company with its own biases? A national government? From which country? While it is true that a human therapist can also influence patients, an AI program could influence millions of people. This could cause too much sway in world events. For example, the program could sow significant political discord.

It has been suggested that transparency regarding algorithms used for therapy would help address these concerns. However, in an environment involving machine learning, the algorithms used can become so complex that they would be difficult to analyze even if they were fully open to scrutiny.

An AI therapist trained through interactions with people in one culture may need to greatly adjust its algorithms when working with people from another culture, given the differences in cultural norms and ethics, as well as in their languages ​​and even non-verbal responses.

Finally, sometimes, our rapid scientific and technological advances outpace our ability to learn how to use them wisely. For example, widespread access to smartphone technology has greatly changed our patterns of behavior, especially among younger individuals. We have already become aware that excessive use of electronics is associated with increased anxiety and depression. Other long-term consequences of smartphone use are yet to be defined.

Thus, we are reminded that a rollout of AI therapy should be undertaken slowly and deliberately, with the input of many thoughtful individuals including from the fields of information technology, linguistics, clinical and research psychology, medicine, education, business, government, ethics, and philosophy.

AI-administered therapy has great potential benefits but also could cause significant harm. Similar AI technology might also be used to change other fields, such as education and financial advising. Many of the pros and cons that are relevant to AI therapy are applicable to these fields as well.