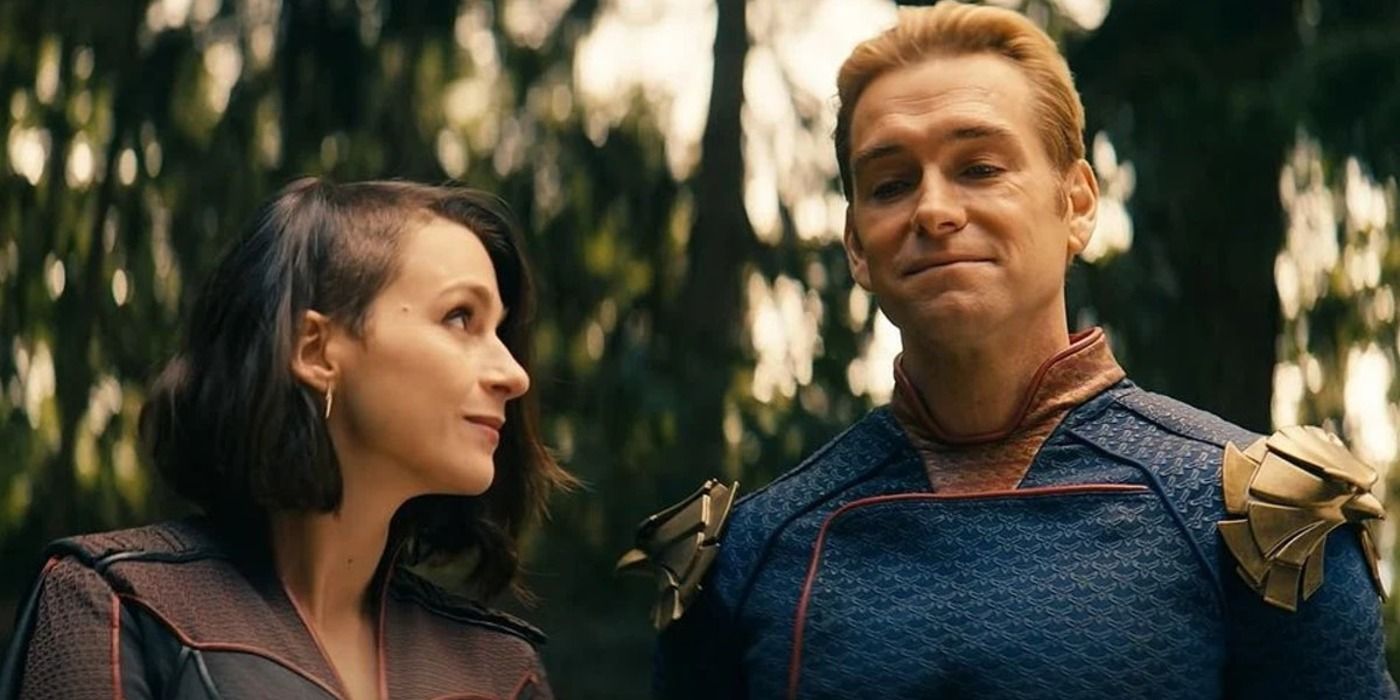 In the days following the Supreme Court’s ruling to overturn Roe V. Wade – a landmark decision that gave anyone who can become pregnant bodily autonomy and the liberty of choice – those in the anti-choice movement have crept out in droves. Among the handful of near-sighted and misguided options these folks offer to the people no longer able to make extremely personal decisions for themselves is adoption. Outside the Supreme Court, a photo was snapped of a smiling young couple, eerily resembling something out of a Jordan Peele (Nope) horror, holding a sign between them that read “We Will Adopt Your Baby.” In response – as our younger generations so often do to absorb and process new devastations – people have taken to the internet, satirizing this oversimplified solution via the “We’ll Adopt Your Baby” meme. The meme has gained quick traction now that some big names, like filmmaker Mike Flanagan and Eric Kripke (The Boys), have joined in.

The backlash comes from – if you need clarification – the hilariously misguided belief that if a handful of couples volunteer in a performative manner to adopt the thousands of children not already in the system, then overturning Roe V. Wade is a win-win. Besides the fact that this is not a viable solution to the people subsequently forced to give birth, the insinuation is that all of those children are displaced into homes of families who may not share beliefs, culture, etc with the children they impulsively offered to adopt . In response to the irresponsible solution, people set out making memes, posting “We’ll adopt your baby” with a photo of a particularly sinister and unsavory person, couple or group to make the ignorance of such a suggestion digestible. The meme has since picked up speed and in support of Roe V. Wade and the right to choose, a lot of celebrities with a bigger platform to reach a wider audience have joined in on the joke.

Starting out strong, we have Mike Flanagan’s post of a screenshot from his critically-acclaimed Netflix series. Midnight Mass. The show’s plot is a frightening horror drama that uses biblical texts to explore themes of religious trauma and manipulation while still grounding itself in some excellent Gothic horror. The show made waves with audiences when it first premiered last year, and Flanagan’s post shows a group from the series covered in blood with the caption “We will adopt your baby.”

Another post went up by filmmaker Scott Derricksondirector of the brand-new summer horror that just hit theaters, The Black Phoneadapted from a story written by Stephen King‘s son, author Joe Hill. With his name still trending and his film still climbing at the box office, Derrickson posted a photo from the 1998 horror classic. Bride of Chuckyshowing the infamous couple Chucky and Tiffany beaming, ready to adopt.

If that doesn’t sound like a good fit, Emmy-award winning animator Jorge R. Gutierrez (The Book of Life) knows a guy. In his post, The Pale Man from Guillermo del Toro‘s Pan’s Labyrinth who snacks on children would love to take that baby off your hands.

So you’ve been forced to carry a baby to full term, and for whatever reason, you’re unable to care for the child. Might Devon Sawa (Casper) – the ghostly heartthrob of your dreams – make a suggestion? In Sawa’s contribution to the meme he posts a still from Raising Arizonastarring Nicholas Cage and Holly Hunter, about a criminal couple that sets out to kidnap a child when they’re unable to adopt due to their Cage’s record. Though, if I’m being honest, I would not want Cage from any of his films adopting my child.

Sisterhood of the Traveling Pants‘ Amber Tamblyn and her husband David Cross will adopt your baby, dripping with American-centric garb that eagle-screams ‘freedom’ at us, or, equally as patriotic, Peele’s production company Monkeypaw Productions proposes Key and Peele‘s most prepared duo with the heart and gumption, so you can rest easy knowing the child is in capable hands.

Still not convinced? Revenge of the Nerds‘ Curtis Armstrong thinks Booger Dawson can teach a child everything they need to know in life to be successful, while the movie lovers at Letterboxd put their vote in for Fork’s second most toxic sibling-couple, Rosalie and Emmett Cullen from Oscar-worthy Twilight. Perhaps you’re a Bette Midler fan, and in that case, her post featured the Sanderson Sisters, the beloved witches from Disney’s Hocus Pocus who suck the lives of the children before sunrise, “otherwise it’s curtains!”

Finally, Kripke, the creator of Amazon Prime Video’s absolutely diabolical hit show The Boys, may have taken the cake with his post. With the wind in their capes and their steely eyes set on your child, Stormfront (Aya Cash) and Homelander (Antony Starr) would like to instill some incredibly distasteful ideals in them when they “adopt your baby.”

To be clear, this trend is not discrediting adoption by any means, nor is it making light of what is an incredibly frustrating and frightening decision by the Supreme Court. Adoption is not, however, an appropriate substitution for a person’s right to choose abortion if that is what is right for them, and the meme-ification of such a motion highlights the absurdity of the idea.