If Disney / Pixar decides to blame Lightyear’s disappointing box office numbers on the LGBTQ + character, it could cause trouble for future films.

The poor box office return of Disney / Pixar’s Lightyear creates a major question around how the studio might make an example of the film. Despite the legacy of its predecessors, the not-quite-prequel did not seem to interest what should have been its largest viewership: the adults who grew up with the original Toy Story movies. Considering that Lightyear contains some of the studio’s strongest depictions of LGBTQ + relationships with Commander Alisha Hawthorn and her wife, its poor numbers — and the unsurprising backlash to that aspect — could leave future Pixar films with queer storylines in flux.

The lesbian relationship in Lightyear is not actually the first depiction in the Toy Story series. There’s a split second in Toy Story 4 where a child and their lesbian moms are seen outside of Bonnie’s school. As the film did not linger on these characters, it was something viewers could have missed entirely. But, even with such a brief appearance, eagle-eyed audience members caught it — and so the backlash began. Conservative groups called for a boycott of the film, while some in the LGBTQ + community felt it was not enough representation. Luckily for Disney / Pixar, these reactions did nothing to stop the film from becoming the second-highest-grossing film for the studio (after The Incredibles 2). So, there was not yet a financial deterrent for including further, or even expanded, depictions of LGBTQ + characters.

Related: Frozen 3 Should Make Elsa’s LGBTQ Identity Canon (But Not With A Partner)

Still, Lightyear already had a tough job ahead of it. As with any beloved franchise, whether audiences will accept a new entry is a toss of a coin, and the Toy Story series is the flagship for Pixar Studios. Taking such a sideways approach for a film about a major character — wherein this is the in-universe film that made Tim Allen’s Buzz a toy in the first place — was truly a risk that did not pay off. Studios often look for a scapegoat after a commercial failure, and rather than reevaluating the decision to make this film in the first place, it’s possible Pixar will decide that portraying Alisha and her wife was the wrong call.

Disney and its associated studios are no strangers to displaying this kind of overreaction. With the extreme fan backlash to new character Rose Tico in The Last Jediher role was significantly reduced in the following The Rise of Skywalker. (She’s in the film for barely more than a minute.) Disney’s also guilty of either overpromising — and therefore under-delivering — LGBTQ + representation or completely censoring it. From LeFou’s underwhelming gay moment in the 2017 Beauty and the Beast remake to Disney employees revealing in an open letter that many queer characters and storylines were cut from films, the studio is regularly disappointing its LGBTQ + viewers.

With this in mind, it’s unclear how Disney is going to treat future films. Even as the studio was working on Lightyear, it backed away from stronger LGBTQ + stories. Notably, when it acquired and subsequently shuttered Blue Sky Studios, Disney cut the cord on the animated adaptation of Nimona, a graphic novel with several queer themes. Still, it’s moving forward with other representations. At the Annecy International Animation Film Festival, a sneak peek for Walt Disney Animated Studios’ upcoming film Strange World depicted main character Ethan flirting with Diazo, another boy. This has led audiences to believe that Ethan will be openly gay. However, with little known about the film’s plot or how prominent Diazo’s character is, there’s no guarantee that Disney is finally committing to true representation. If it’s easy to remove without losing the film’s integrity, it’s possible that the Lightyear failure will tempt Disney to leave that plot on the cutting room floor.

The reaction to Lightyear—As well as past Pixar films like Luca and Onward—Certainly isn’t a motivator for Disney Studios’ approach to LGBTQ + representation in its films. But it should not be enough to condemn future depictions. If the studio can introduce prominent queer characters in strong stories, it’s more likely to see box office numbers to justify a legitimate commitment to this community of viewers.

The Family Chantel: Why Fans Think Chantel Is Now Too Good For Pedro 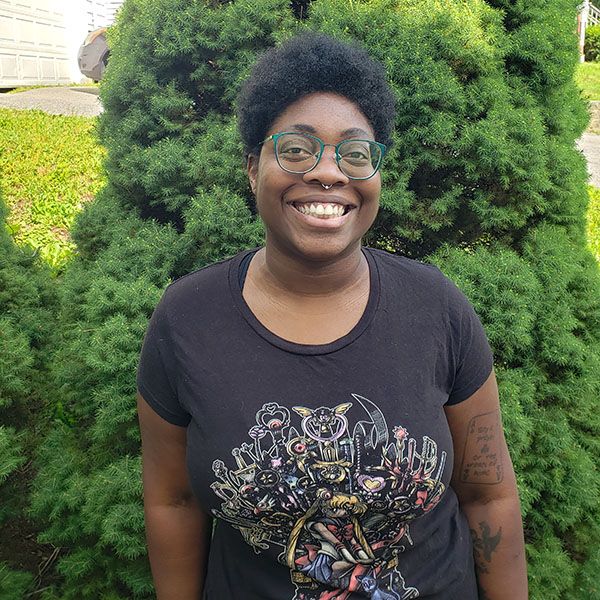 N. Alysha Lewis is an editor and writer who’s brought her love of pop culture and entertainment to Screen Rant. She’s unashamedly #TeamIronMan and will loudly discuss her disdain for Captain America (though she generally enjoys his movies) with anyone. She’s probably watching “Bob’s Burgers” or “Buzzfeed Unsolved” to ignore the current state of the world. Starting her professional writing journey as an essayist, N. Alysha Lewis’s work has been featured in HelloGiggles and SheKnows. She particularly loves using her personal experiences with mental health disorders to inform her writing and support destigmatization. She holds a degree in creative writing, but please do not ask her the last time she wrote any fiction because she’ll probably throw a pen at you. She’ll gladly talk your ear off about being #TeamOxfordComma though. N. Alysha Lewis lives in Maine with her husband and their psychotic pets, a chiweenie named Marlowe Veruca Lewis and a tortie cat named Viscountess Smalljane Umber Eleanor Rainbow Rigby Lewis, Esq. (or Eleanor for short). At any given moment, she wishes she was eating French fries, and you can find her telling hilarious jokes on Twitter at @ bibli0pHage.