Part of the recurring debate over America’s gun violence addresses questions over news media coverage. These questions become more urgent when children are victims, such as in the recent school shooting in Uvalde, Texas.

What kind of coverage is appropriate?

Should journalists ever show bodies and blood?

Would such graphic coverage galvanize public opinion into policy, or would it numb us even more to the parade of gun violence?

Some have begun calling for more dramatic action by journalists to depict the results of the violence–even perhaps the victims’ bodies.

Jeh Johnson, the former homeland security secretary, recently wrote that “something graphic is required to awaken the public to the real horror of these repeated tragedies,” calling for something like “an Emmitt Till moment” when the country was shocked after the mother of The slain 14-year-old insisted his battered body be shown by the media in 1955, which further motivated the burgeoning Civil Rights movement (Johnson, 2022).

Similarly, New York University professor Susie Linfield argued that “a serious case can be made–indeed, I agree with it–that the nation should see exactly how an assault rifle pulverizes the body of a 10-year-old, just as we need to see (but rarely did) the injuries to our troops in the Iraq and Afghanistan wars” (Linfield, 2022). 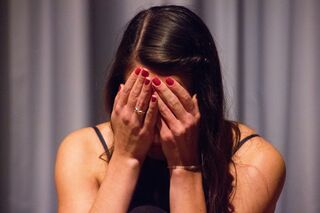 Despite such calls, there is good reason to doubt that resorting to such graphic depictions would produce the results that Johnson and Linfield envision. It would never be so simple as they suggest. And our digital culture poses too many opportunities for bad actors to abuse and manipulate any such images in ways that all of us might well regret.

The use of photos to depict the bloody aftermath of shooting violence raises a wide array of ethical questions, not the least of which involve journalistic roles, privacy, equal treatment, dignity, and objectification.

What are our motives for showing scenes of blood and carnage?

How might such photos serve a sort of voyeurism or even create complexity with the violence?

When exactly does a photo of a shooting victim serve as a gesture of respect, spotlighting the plight of a person by insisting it must be seen, and when might it unacceptably reduce a human being to an object?

Journalists routinely struggle with these questions when deciding whether to publish graphic images; they would become even more urgent and fraught if we were to contemplate depicting the child victims of school shootings.

It is easy to trade personal impressions in this debate, but doing so risks oversimplifying a quite complicated issue. In making judgments about how the news media should depict gun violence, it is important to be clear about both the power and the limitations of graphic images in the news.

Below, I try to clarify two issues–journalistic access and motive and assumptions about effects–and then suggest what “respectfully graphic” images of school shootings might mean.

Journalist access and motive, Part of the well-documented chasm between what many Americans think journalists do and what they actually do is arguably based on a set of contradictory and mistaken assumptions: that journalists omnisciently have access to everything at crime scenes, but also that journalists will publish anything they can get their hands on to draw more eyeballs.

No and no. Even if we were to say that the news media should start showing more grisly images of mass shootings, law enforcement routinely restricts access–for several good reasons.

There is also the question of whether victims’ families would have the power of consent in such situations and how they might use it. And while we all can point to examples of bad behavior by journalists, we must avoid the bad-apple syndrome and resist cynical assumptions.

Just because we might be outraged or offended by something in the media doesn’t mean that editors, writers, photographers, and producers don’t seriously deliberate and debate about content in newsrooms every single day.

Self-censorship in journalism is routine: there are many, many cases in which the public never sees graphic images that journalists have decided not to publish. The relatively few occasions when such images do spark debate prove the rule. Most journalists are passionate about telling a good story, not to titillate.

“Normally, we do not show scenes of death,” said John Daniszewski, vice president for standards at the Associated Pressreferring to AP‘s justification for making an exception to publish the 2019 photo of a father and toddler daughter who drowned trying to cross the Rio Grande. “The AP does not transmit highly graphic or disturbing photos for their own sake. We also avoid images that are gratuitously violent” (2019, para. 3).

Effects of news and photos on audiences, Too often, when people discuss their concerns about violent media content, the presumption is that a photo or story can be so powerful that it will have a “direct” or immediate effect on our attitudes or behaviors. But this presumption gives media too much credit and was debunked by researchers decades ago.

Sure, the media can evoke powerful responses. But their effects depend on our attitudes about the topic, our own concerns, dispositions, and the motivations we have to seek out information on the topic–all of which suggest that making broad assumptions about negative effects is difficult if not impossible.

Also, media effects research in the 1970s and 1980s suggested that frequent exposure to violent content would numb audiences and thus normalize violence (Anderson et al., 2010) or that it would help “cultivate” a belief that real-world violence was more pervasive than it is, prompting an erosion of trust (Gerbner & Gross, 1976).

But more recently, scholars have challenged the assumption that we are such “passive” media consumers, arguing that we process what we see in myriad, sophisticated ways. Their research suggests that there is a less-understood “reflective side of violence processing” and that “some types of violent portrayals may be used as an opportunity for reflection and meaning-making about violence as a fact of social reality” (Bartsch et al. ., 2020, p. 796, 795).

Respectfully graphic coverage, Journalists have a moral imperative to jolt news audiences out of complacency from time to time. As photographer and essayist Teju Cole wrote, “Taking photographs is sometimes a terrible thing to do, but often, not taking the necessary photo, not bearing witness or not being allowed to do so, can be worse” (2018).

However, photos that show a body struck or riddled by bullets would just as likely produce a spiral of objectification and desensitization as it would of engagement and empathy. And we all know that often, less can say more. Being haunted by an image, however, is not always bad and can be a positive motivator in our response to historic gun violence. The proper context is critical.

A bloodied body threatens to obscure context and derail or distort needed narratives. Another approach would consider providing an account of the horror with two techniques.

The first relies on stark photos of the site and aftermath of violence once victims are removed but before cleanup: the classroom or hallway scene to which we can all relate–generic, nearly universal settings of polished floors, public-school desks, and backpack cubbies that suddenly, for the victims, became horrific sites of terror and entrapment and bloodshed.

The second uses digital graphics that recount the event moment by moment with building layout and individuals’ locations and movements. We see these digital reconstructions effectively used in coverage of other events and disasters, including the work that detailed January 6 rioters got to within 40 feet of Vice President Mike Pence, lawmakers, and staffers (House Select Committee on January 6).

Such depictions, however carefully curated, may not amount to the Emmett Till moment some say we need. But they may well serve to better balance respect for victims with the moral imperative to see the reality of gun violence. They may even help us find the sense-making narratives needed to prompt more effective responses.