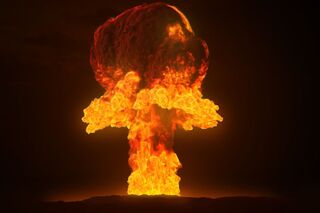 You have that awful day where your car had a flat tire, you’ve missed a deadline at work, and your kid is sick and just got sent home. You lose it when your kid starts whining in the backseat about leaving his stuffed animal at school. It happens to all of us.

But for some folks, it’s not that rare perfect storm but a larger pattern that has been going on for years. Periodically, they blow up, seemingly out of the blue over something seemingly small, shell-shocking the people around them. They are deeply sorry, sorry, but then do it again. Here are the four most common causes of periodic but regular blowups:

Jake seems like an easygoing guy, never complains, but recently was almost fired from his job because he got into a physical altercation with a coworker. Six months earlier, he went ballistic at his kids about leaving toys in the living room. What’s going on? Jake avoids conflicts; if something bothers him, he lets it go. But problems aren’t getting solved, and eventually, it catches up with him; off he goes, feels terrible, sweeps the problem under the rug, and starts the process all over again.

Cindy is the first to volunteer for anything—committees at work, projects for her church. She’s always doing the heavy lifting, is doing what she thinks she should, but periodically blows up—at her husband, her kids, her someone at church. It’s built up resentment about doing it all, resentment that others are being more like her, and resentment that she isn’t getting the appreciation she feels she deserves.

James knows on Monday what he’s planning on doing on Saturday, but God forbid his wife suggests on Friday that her mother come over for dinner on Saturday. He blows up and rails about her mother always coming over. While it seems like James is a control freak, the real problem is that he can’t handle sudden changes. He’s a planner, and he gets anxious and rattled when his plans go off course. The only reason he doesn’t blow up at this wife more often is that she’s learned to walk on eggshells almost all the time.

Sharice’s father died suddenly four months ago. Her mother fell apart; she, as the only child, had to step up and plan the funeral, handle the estate, and essentially just marched ahead, never taking time to grieve. Now it backed up on her: She had an episode of road rage that almost caused her to be arrested.

What these folks have in common is that they are internalizing—holding onto emotions and problems that build up pressure until they explode. If you struggle with any of these issues, here’s what you need to do:

Say how you feel

If you avoid conflict, then you likely learned early on that conflict and strong emotions in others can be scary. So rather than speaking up, you don’t. Time to do now what you couldn’t do when you were a kid and learn to tolerate strong emotions. Here you can take baby steps: Even if it takes you a few days to get up the nerve to say something to your coworker, partner, or kids about something they are doing that is bothering you, that’s fine. Or if saying it is difficult, write it down.

What’s essential is not holding it in but letting others know how you feel. You need to step out of your comfort zone, approach rather than avoid, so you can both find out that what you think is going to happen doesn’t and so you can put the problem to rest.

The message is the same for the martyr: Time to stop. Stop raising your hand and being over-responsive. It’s time to sort out “shoulds” from what you “want.” Take the same baby steps—even if it takes three days to figure out that you don’t have time for that church project or don’t want to do it—speak up. You’re going to feel guilty, but that’s okay. You’re rewiring your brain, learning to live your life, not the one you think others want.

If you have trouble with transitions, what you clearly want to do is let others know what you’re thinking and planning when you think and plan it. By giving them a heads up, they can give you a heads up. James’ wife would have known to ask on Thursday if her mother could come over sometime on the weekend. He would have had time to think about it. Better yet, you need to experiment with being less rigid by following your wants and emotions rather than your needs and finding ways of lowering your overall anxiety.

If you have unresolved grief, it’s time to grieve and get closure. Here Sharice might want to write a letter to her father, have some type of closure ceremony, or simply talk to others about how the loss has affected her. Actively try to find your own way to say goodbye.

Periodic blow-ups are not a problem but the result of a problem or a combination of problems. Like so many places we can struggle, the underlying problem is that how we learned to run our lives made sense at the time but no longer work—it’s time for an upgrade into the adult world—and/or there are problems we’re not dealing with head-on that continue to build. The way out is being aware and then taking those baby steps to do it differently.